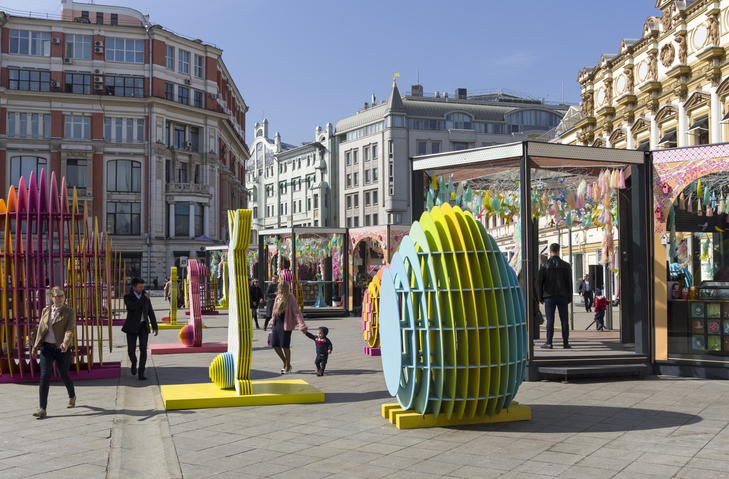 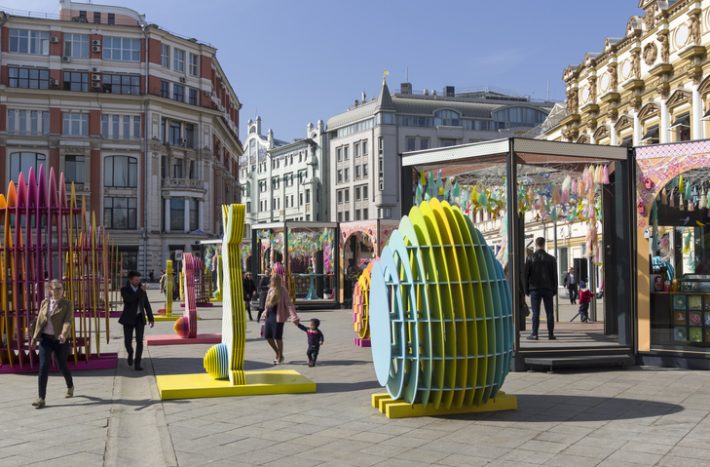 At an April Easter festival on Kurnetsky Most in Mocow, between Bolshaya Demitrovka and Lubyanka streets. Image – iStockphoto: Possum61

Editor’s note: As Frankfurter Buchmesse president and CEO Juergen Boos said in our London Book Fair interview, the Russian book market is among the most interesting these days because a rising level of discretionary income means rising book sales. And Bologna Children’s Book Fair, as we reported from Italy last week, has announced a new partnership with the Moscow International Book Fair. Today, we hear from Leonid Palko at the Russian Book Union with some context on the Russian marketplace today. –Porter Anderson

‘The Balance of the Market Has Changed’

The Russian book publishing industry is steadily developing, despite ongoing challenges, many of them covered here at Publishing Perspectives. Recently there’s been a concern that even as consumers may have more money to spend on books, there appears to be a drop in the national interest in reading, a worry evolving now for some years there as in other world markets where digital entertainment competes for users’ time, funds, and interest.

In Russia, the development of the book business is supported by the state, which in the last several years has significantly expanded its aid to both publishers and booksellers. However, more is needed from Moscow, publishing players say, to improve the current outlook for the industry.

Leonid Palko is managing vice president with the Russian Book Union, a public association that brings together leading publishers in Russia with distributors and printing houses.

Publishing Perspectives has spoken with Palko about how the state of the industry looks to him and his colleagues today and where they see the likeliest paths forward in a complex and shifting market.

Publishing Perspectives: Let’s start with that important question of Russian consumers’ interest level in reading. What genres do you see now as the most popular? 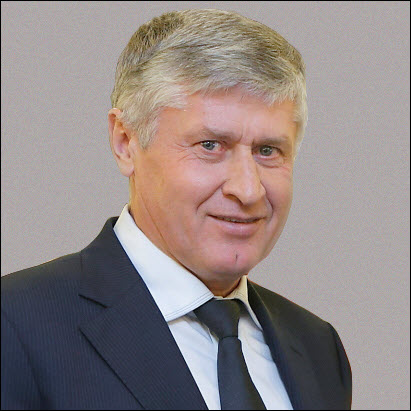 Leonid Palko: The Russian book market is based on three pillars:

Normally, the books in these three categories accounted for 75 percent of the turnover in our market.

But in 2018, the balance in the market significantly changed. This was reflected by a notable decline of the shares held by both fiction and educational literature. The children’s books sector remained stable, essentially on the same levels as in 2017.

So Russian publishers this year are watching these trends and staring to revise their catalogues and investment priorities for the next several years.

PP: Do you think the market may face more consolidation in years to come, particularly as these trends in reading play out? We know the positions of the current majors—Eksmo-AST, Prosveshenie—are really strong. And both of those companies appear to be continuing robust expansions in the domestic market.

LP: We see heavy consolidation to be less likely going forward. The share of our top-five publishers in Russia is currently estimated at 22 percent in terms of title output and 46 percent in units sold in the marketplace. There are no signs of any unfair competitive practices being used by these companies. Large publishers simply have more opportunities for development than their smaller competitors.

And we see comparable situations in other world markets. For example, in the UK, the local market is also dominated by several leading players among which are Pan Macmillan, Penguin Random House, HarperCollins, Cambridge University Press, and Oxford University Press. But as we see it, that doesn’t create competitive obstacles and problems for the development of the market or for independent publishing there.

PP: How do you assess the current contribution of the state to the industry? Do you think what Moscow is doing is sufficient?

“Russia implements a federal program to stimulate book publishing. The government has supported the publication of more than 4,600 titles since 2012.”Leonid Palko

LP: The current level of state support for the industry is sufficient.

Russia implements a federal program to stimulate book publishing in the country. Thanks to this approach, the government has supported the publication of more than 4,600 titles since 2012. Most of these are academic collections of works, such as The Great Russian Encyclopedia, children’s and fiction books, scientific and university publications.

It wouldn’t have been possible to publish many of these titles without this state support provided in recent years.

PP: In the Soviet era, there was a system of search-and-support to discover and develop young, talented authors. Does the same initiative today exist in Russia? How difficult can it be for younger debut writers to be published here in Russia?

LP: Such an initiative still exists, yes, and we see young, talented Russian authors every year getting more opportunities to improve and unlock their potential.

Since the beginning of this century, the All-Russian Forum of Young Writers of Russia annually has taken place in the Moscow region. So far, the forum has produced discoveries of recognized writers including Zakhar Prilepin, Sergey Shargunov, Alisa Ganieva, Alexander Snegirev, Denis Gutsko, Alexey Ivanov, and Roman Senchin.

PP: Which drivers do you think may be the most important in stimulating growth in the Russian book business in the next year?

“One of the distinctive market trends we’re also watching closely is a growing interest among Russian readers in higher-priced books.”Leonid Palko

LP: At the moment, we see the book market in a significant level of transition to online formats. And at the same time, more growth in our national bookstore chains can happen only if more stores are opened.

And in digital formats, we see ebooks continuing to be a major driver in the Russian book market for the next several years. We also see audiobooks and self-publishing beginning to pick up speed in their development.

One of the distinctive market trends we’re also watching closely is a growing interest among Russian readers in higher-priced books, copies they’ll keep and value. The latest statistics show that in the past, books priced at 600 rubles and above (US$9.25) accounted for about 10 percent of sales.

But today, we see books in this price range accounting for 20 percent or more of market action, and we think this will grow.

More from Publishing Perspectives on the Russian publishing industry and market is here.