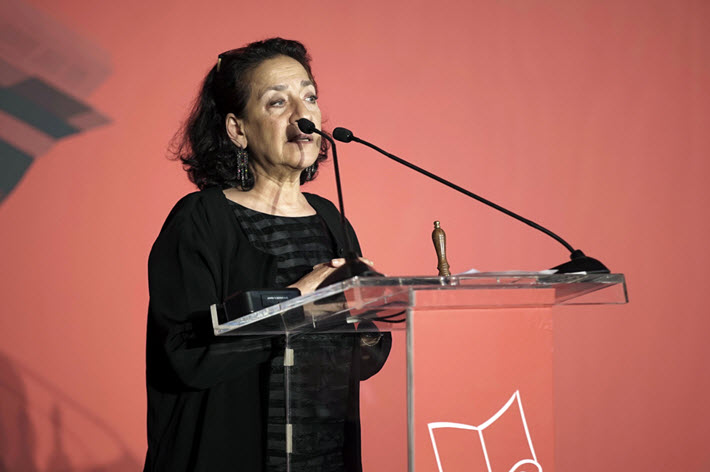 Lebanon-born Hoda Barakat wins the 2019 International Prize for Arabic Fiction for her ‘The Night Mail,’ which is to be published by Oneworld in 2010 in English. 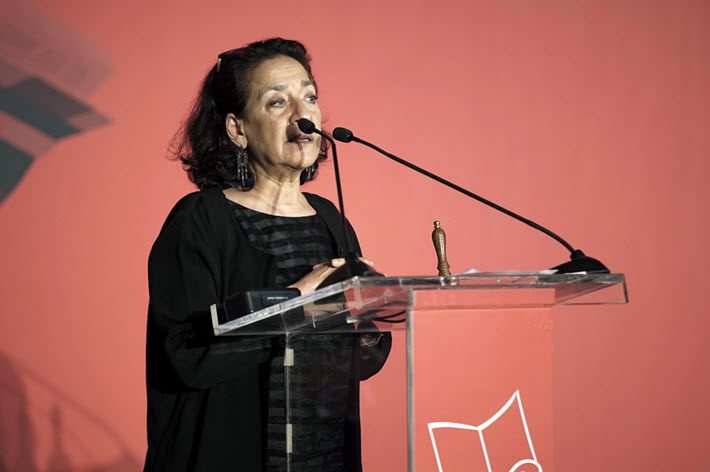 ‘The Inner Workings of Human Beings’

Tonight (April 23), the International Prize for Arabic Fiction has named Lebanese author Hoda Barakat its 2019 winner for her novel about immigration and displacement, The Night Mail published by Dar Al Adab.

The Beirut-born Barakat lives in France and has been longlisted for the prestigious award once before, in 2013, for her book, The Kingdom of the Earth, which is represented by the Raya Agency.

Tuesday, she was presented the award by Mohamed Khalifa Al Mubarak, chairman of Abu Dhabi’s Department of Culture and Tourism. Barakat is the second woman to win the prize, the first being Raja Alem, who was honored in 2011 for The Dove’s Necklace in a joint win with Mohammed Achaari for The Arch and the Butterfly,

At Abu Dhabi’s prize ceremony this evening at the Fairmont Bab Al Bahr, Barakat received the program’s purse of US$50,000. English rights to the book already have been sold to publisher Juliet Mabey’s Oneworld Publications in London and the book is scheduled for the house’s 2020 list. The International Prize for Arabic Fiction comes with funding support for the English translation.

In talking about the decision of the jury to honor Barakat’s work, Charafdin Majdouline said, “The Night Mail is a highly accomplished novel that stands out for its condensed economy of language, narrative structure, and capacity to convey the inner workings of human beings.

“By choosing to use techniques well-known in novel writing, Barakat faced a challenge, but she succeeded in creatively innovating within the tradition to successfully convince the reader.”

The titles named to the award’s longlist in January yielded a shortlist that included, in addition to Barakat’s book:

These five writers each received US$10,000 at the ceremony tonight.

”Turning Brevity Into a Virtue’

The Night Mail is a story told in linked lost letters from immigrants and refugees in what the prize organizers call a realm “like the times we live in, of deep questioning and ambiguity, where boundaries have been erased and old places and homes are lost forever.”

Yasir Suleiman, chair of the International Prize for Arabic Fiction’s board of trustees, describes the book, saying, “Tightly structured, Hoda Barakat’s novel punches above its word count, turning brevity into a virtue. Using an epistolary structure to deal with displacement and its effects on the refugee experience, the novel exposes us to the precarious nature of human existence in a world in drift.

‘The protagonists’ search for a common thread unites and separates them with equal cruelty. An intense and disciplined novel, The Night Mail will outlive the worlds that animated it. It’s destined to speak to readers in multiple tongues because of the intensely human condition it evokes.”

Barakat has six novels, two playscripts, a book of short stories, and a memoir in publication. No stranger to awards for her work, she’s the recipient of the Chevalier de l’Ordre du Mérite National, 2008, and was a finalist in 2015 for the Man Booker International Prize which, at that point in its development, was an every-other-year award which considered a writer’s body of work rather than a single title.

When Barakat answered a Q&A about the book for the international prize’s shortlisting stage, she wrote about the book’s characters, saying, “Their exile begins with where they have come from, their countries, and does not end in the places they pass through, nor the ones where their journey stops, since their goal is not to stay there.

“There are no places nor journeys of exile. Their traveling resembles neither this nor that. They pass over the earth as no people have done before, at least in recent history.”

The eligibility requirements of the program put the publication dates between July 2017 and June 2018. 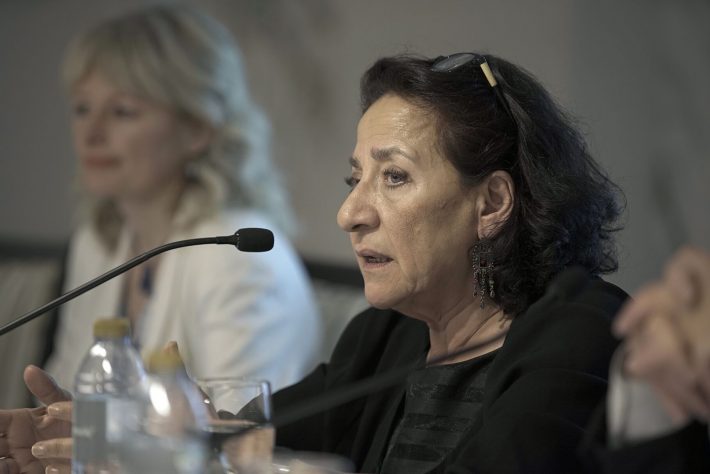 From the shortlist, Interlink has acquired the English rights for Shahla Ujayli’s Summer With the Enemy, to be published in 2020.

Winning novels published in English last year included Rabai al-Madhoun’s Destinies: Concerto of the Holocaust and Al Nakba (Hoopoe Fiction) and Ahmed Saadawi’s Frankenstein in Baghdad (Oneworld in the UK; Penguin Books in the USA), which was shortlisted for the Man Booker International Prize 2018.

This year, several novels recognized by the prize are being published in English, including:

The International Prize for Arabic Fiction is an annual literary prize for prose fiction in Arabic. It is sponsored by the Department of Culture and Tourism – Abu Dhabi (DCT Abu Dhabi) and is run with the support, as its mentor, of the Booker Prize Foundation in London.

More from Publishing Perspectives on the International Prize for Arabic Fiction is here, and more on book prizes in general is here.