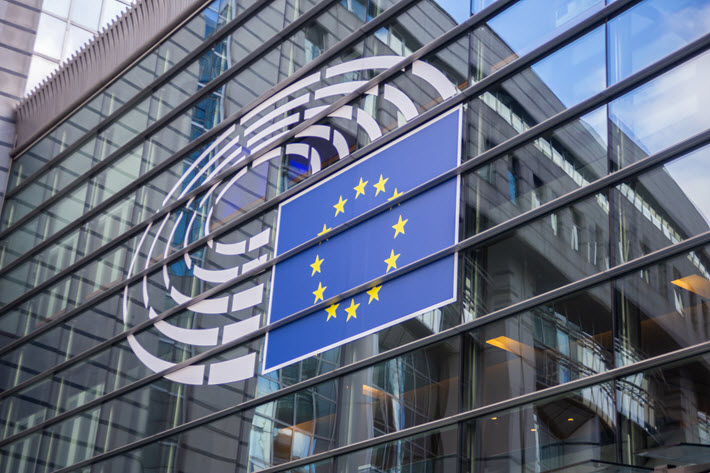 Many of Europe’s book business leaders hail the approval of the European Union’s hard-fought Copyright Directive in Brussels today. 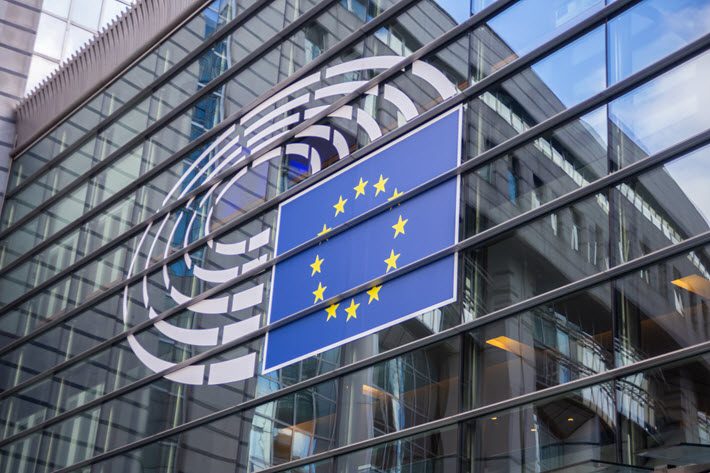 A shot from February at the European Parliament complex in Brussels. Image – iStockphoto: Exclusive Lab

Vanschoonbeek: ‘A Spirit of Consensus’

In a statement issued today from the Brussels offices of the Federation of European Publishers (FEP), the organization’s president, Rudy Vanschoonbeek hails the new action today (April 15), in which European ministers have given the final approval to the Single Digital Market framework’s controversial copyright directive.

It’s worth noting that it was not a unanimous ratification. As Laura Kayali is reporting at Politico, “Italy, Finland, Luxembourg, the Netherlands, Poland and Sweden voted against the measure, while Belgium, Estonia and Slovenia abstained.”

Vanschoonbeek at the FEP is quoted, saying, “After two-and-a-half years of discussions and votes on the directive on copyright in the Digital Single Market, the council has approved the text adopted [on] March 25 by the European Parliament.

“Upon signatures by the presidents of the council and the parliament, it will be published in the official journal and come into force 24 months later.

“If you are looking to develop solutions for your authors and readers, the adoption means that you can work constructively with researchers, teachers, libraries, and of course your authors to establish, if they don’t exist yet, results that will benefit all.

“As president of FEP, I wish to thank everyone who has contributed to the debate with a spirit of consensus and driven by the will to bring forward solutions.”

Of course, as has been part of our coverage of the issue, the book publishing industry in Europe, on the whole, has seen the advent of the copyright directive as a boon, rather than as a negative event, not least because it allows member states the chance to direct copyright collection agencies to distribute copyright revenues to publishers as well as to authors–something that was practiced in some parts of the union but not codified in its laws until now.

As Ryan Browne is writing this morning at CNBC, the backing today from 19 of the EU’s member-states brings into law provisions that Internet freedom activists and tech platforms have complained could result in censorship.

“One of the most heavily scrutinized aspects of the law, Article 13 — or 17 as it’s now numbered,” writes Browne, “would make tech firms liable for copyright breaches. This means they will have to acquire licenses from rights holders to be able to host such content in the first place. Opponents of the law say this will lead to filtering systems that block everything from memes to GIFs before they’re even uploaded.

“The EU, however, says this won’t be the case, claiming that people will still be able to share such content freely. Either way, it’s expected to hit platforms that rely on user-generated content—like YouTube, Facebook and Instagram—hard.”

What’s more, as Kelvin Chan of the Associated Press in London is writing (here carried by The Washington Post), “Another section of the bill that caused concern requires search engines and social media sites to pay for linking to or offering up snippets of news articles.”

Because of the six-nation opposition in today’s vote in particularly, court challenges are anticipated.

As regular readers of Publishing Perspectives know, we’ve had many useful inputs from Dr. Jessica Sänger of Germany’s Börsenverein—its publishers’ and booksellers’ association—as the issues and various stages of negotiation have progressed.

Particularly because of earlier controversy around the copyright-revenue issues in Germany, Sänger and her colleagues have been closely engaged with the campaign to see the copyright directive clear its legislative hurdles.

We’re glad to look back with her now and assess where things have ended up at this point, not least because there’s enormous energy in the debate round tech platforms’ handling of copyrighted content, and for the most part, this has not affected the discussions in book publishing, at least for its own needs and operations in the field.

We being by asking Sänger about her and her associates’ feelings in the wake of a protracted period of negotiation and effort on this. 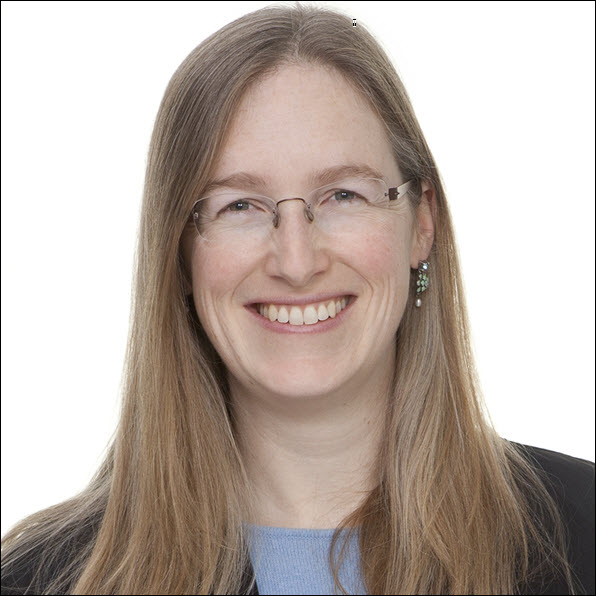 Jessica Sänger: We are very happy with this result which shows that the European Parliament is willing to tackle difficult questions in order to ensure that creators and their publishers and producers are rewarded for their work and investments. The directive covers a broad spectrum of copyright-related questions and will bring a good deal of legal certainty in areas that are important to us.

From the point of view of German publishers, of course the legal basis for re-introduction of a publisher share in CMO [copyright management organizations] revenues is the most important achievement. We hope that this can be transposed into national law very quickly.

But the directive also clarifies what is permissible for teachers and educational institutions when it comes to uses for illustration for teaching in cross-border contexts. Important questions around uses by libraries of works which have fallen out of commerce have been addressed. These are just a few of the subjects in this piece of legislation that matter to publishers.

It’s fair to say that the directive is not perfect for us, nor probably for anyone. But it represents a set of hard-fought compromises that overall seem acceptable. Years of work went into this project, so it’s a relief that the first reading was completed before the European Parliament’s legislative period ends in April.

We would not have been able to get here without very close collaboration between authors and publishers.

Publishing Perspectives: While the most heated debate around the directive hasn’t been based in the parts that most affect book publishing, can you speak to the controversy from your perspective?

JS: Over the last few weeks, we’ve seen a tremendous public debate erupt around the directive in Germany. While the provisions addressing the “value gap” and introducing a publisher’s right for [news and entertainment] publications were controversial all along, there was not a great deal of public attention until quite late in the process. This was focused mainly on Article 13, the value gap provision, which turned into Article 17 of the final document. As heated debate in the chamber showed, this issue has proven tremendously divisive. Parliamentarians and European Commission officials alike have told us that this is the hardest-fought policy battle they’ve ever witnessed in the EP.

Given that a vast majority of MEPs [members of the European Parliament] claim to be in favor of rewarding creative work, this may seem surprising. But it’s the way in which such remuneration is put into practice that’s been so fiercely debated. The campaigning term “upload filters” was used to describe mechanisms allowing not just takedown of infringing material, but “stay down,” something that has been quite burdensome for rights holders to achieve in practice by way of litigation.

The directive essentially sets out that certain platforms whose commercial business model is built around massive amounts of copyright protected material being posted on their services by users who do not hold the rights to the content shall be liable for copyright infringement under a certain set of conditions. The stated aim is for platforms to agree [to] licensing deals with rights holders or CMOs to cover the uploads by users. This way, uploaders are no longer at risk, since the liability is borne by the platform.

A massive campaign against this provision has been underway for months, specifically addressing millennials, claiming that it would mean the “end of the Internet as you know it” and calling on them to “save your Internet”. Much misinformation was spread, and soon enough, young protesters were out in the streets, in fear of “censorship” across the web.

I’ve spent the past weeks speaking to many critics of the reform, explaining precisely why there’s no such danger and how Article 13, now 17, is actually a compromise that carefully protects freedom of expression. Unfortunately, the mainstream media in Germany painted a very one-sided picture of the reform, sometimes casting the debate as a generational conflict in which the old guard that supposedly does not understand modern technology is failing young voters. I’m very relieved that most MEPs remained calm in the face of what has been quite a hysterical debate in Germany–though not in the same way in other countries–and have adopted this important directive.

PP: And as for today’s final assent from the council in Brussels?

JS: Some opponents were casting this vote as the last chance to avert “disaster” for a “free Web,” but politically speaking, a result differing from the vote in February would be something of an earthquake. …  Member States will now have two years to transpose the new rules into national laws.