Sixteen of the British Commonwealth’s 53 nations are represented in this year’s shortlists for the regionally defined Commonwealth Short Story Prize, the overall winner to be named in Québec City in July.

A map locating projects currently undertaken by the Commonwealth Foundation among the 53 nations of the bloc. The foundation’s Commonwealth Writers program produces the short story prize program. Image: Commonwealh Foundation

Shortlists have been announced today (April 10) in the Commonwealth Short Story Prize, with 15 women and six men named from 16 countries.

Nations represented for the first time in the annual program—now in its eighth year—are Tanzania, Zambia, Malaysia, Cyprus, and Barbados. Writers recognized in these lists range in age from 20 to 80.

As Publishing Perspectives readers will recall, the Commonwealth Short Story Prize is awarded annually to a work of unpublished short fiction between 2,000 and 5,000 words long, from the British Commonwealth. Entries can be submitted in Bengali, Chinese, English, Greek, Malay, Portuguese, Samoan, Swahili, Tamil, and Turkish. Short stories translated into English from other languages are also eligible.

The starting pool of entries was a prodigious 5,081 works from 50 countries. The shortlists include two translations into English, one from Greek and one from Malay.

Shortlists in this competition are divided into five geographical regions.

Jurors for the 2019 competition are selected, each representing one of those five main regions of the former empire. 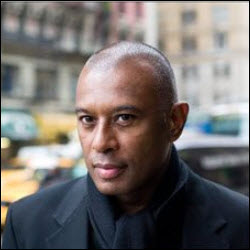 In a prepared statement, Phillips is quoted, saying, “The vitality and importance of the short story form is abundantly clear in this impressive shortlist of stories from around the world. These authors have dared to imagine … the lives of an amazingly wide range of characters and their stories explore situations that are both regional and universal.

“Almost as impressive as the number of entrants and the quality of the shortlist, is the amount of work that the panel of judges have invested in this process. They have read carefully, debated with great sensitivity, and been mindful of cultural traditions as they have collectively reached their decision.

“Compared to many literary prizes, the Commonwealth Short Story Prize is still young. However, with each passing year the prize gains importance within the literary world. It offers a unique opportunity to read and think across borders, and to connect imaginations from around the globe. It has been a great honor to be a part of the judging of the 2019 prize.”

All shortlisted stories are to be published in the online magazine of Commonwealth Writers, Adda. The jurors will then go on to choose a winner for each of the five regions. These are to be announced on May 9 prior to being published online by the literary magazine Granta. The overall winner is to be named in Québec City on July 9.