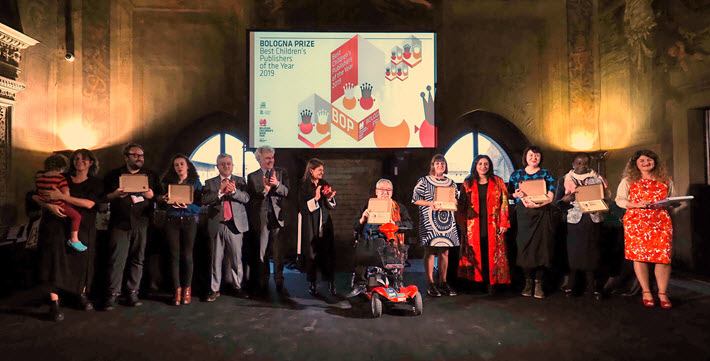 Announced since 2013 in six geographical parts of the world, the list this year includes Canada’s Comme des géants and Ghana’s Sub-Saharan Publishers. 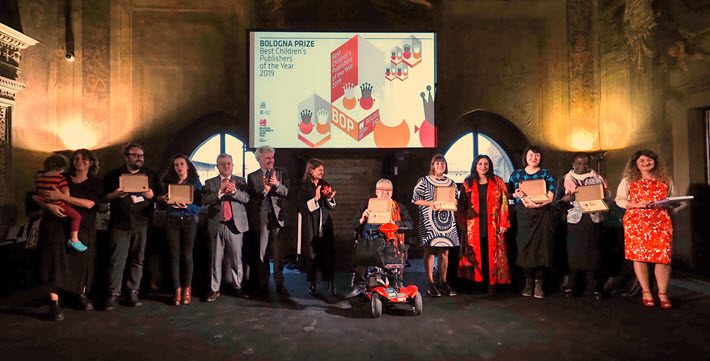 In its customary first-day ceremony at the Palazzo d’Accursio this evening (April 1), the Bologna Children’s Book Fair has awarded its seventh annual round of juried Best Children’s Publishers of the Year awards.

This is a class of awards, started in 2013, that can have real impact on the publishers named because they hold up for attention only six publishing houses per year, one in each of six regions of the world. In an increasingly globalized industry, any traction of this kind can mean a great deal to a publisher’s stance in its own market and its presence on the world stage.

The prize is organized by the Bologna fair in partnership with the Association of Italian Publishers (Associazione Italiana Editori, AIE), and is designed to honor “those publishers who have most distinguished themselves for their creative and publishing excellence over the last year, showing originality as well as professional and intellectual skills.”

As we’ve pointed out in past years, courage is among the three key criteria recognized by this award: creativity, courage, and editorial choices. The reason to single out courage is that it’s the common point of much recognition in today’s industry awareness of literature in a politically charged environment.

Of course, courage in publishing can come in many forms. There’s the courage to take financial risks on content to which a publisher makes a special commitment. These days, it can also be courageous to publish fewer rather than more titles, making a pledge to better market and support a smaller number of titles than a larger number in a saturated marketplace.

But courage, in many instances may also have to do with a willingness to hold firm in the face of local and regional social and political pressures with particular care to resist self-censorship, as the International Publishers Association has stressed.

Here are the six winning companies by geographical region, as named this evening at the palazzo. 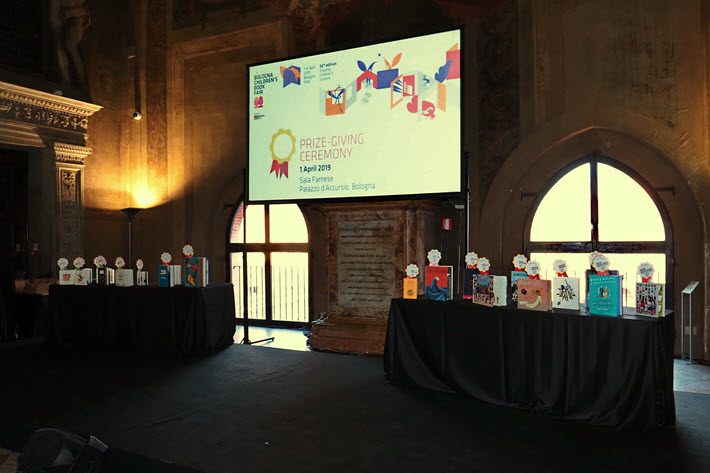 For Africa, the winner is Sub-Saharan Publishers, Ghana, founded in 1992 and specialized in children’s books that deal with environmental themes.

For Asia, the prize goes to Taiwan’s Locus Publishing Company, founded in 1996. Its publications aim to capture the spirit of “future, adventure culture.”

For Europe, the winner is the Portuguese company Orfeu negro. Founded in 2007, this publisher focuses on the arts and first ventured into the world of children’s publishing in 2008, in particular with illustrated books.

For North America, the winner is Comme des géants, Canada, a young independent publisher specialized in books for infants that stood out for the quality of its narratives, literature, and graphics.

For Central and South America, the prize this year goes to Argentina’s Limonero, a publisher that after many years of publishing educational material, in 2014 branched out successfully into illustrated books.

For Oceania, which includes Australasia, the prize went to the Australian Scribble Kids’ Books, an eclectic publisher of children’s books.

In other awards from the Bologna Children’s Book Fair, you can find our coverage of this year’s Ragazzi program here. 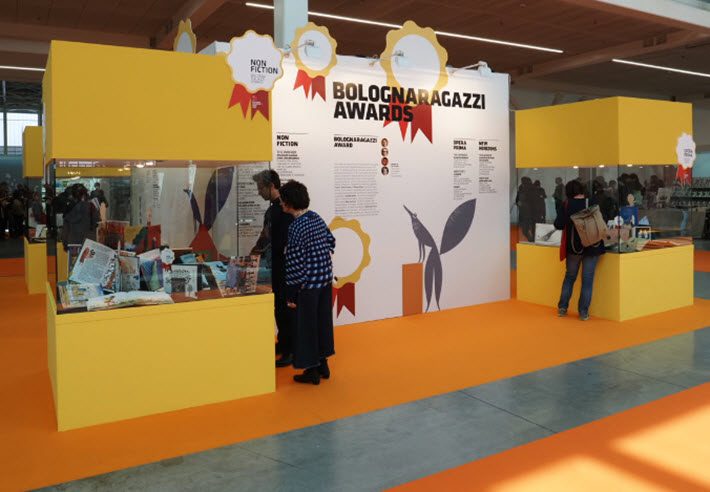 More coverage from Publishing Perspectives related to Bologna International Children’s Book Fair is here, and more from us on awards in books and pubishing is here.