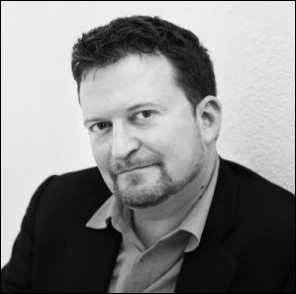 Norwegian authors are bringing “the spirit of Frankfurt” to Oslo in the form of a three-day literary festival featuring Norwegian and German writers in conversation.

‘The Value of Literary Exchange’

From January to October of this year, organizers of Norway’s 2019 Guest of Honor program are staging literary and cultural events throughout Germany ahead of the book fair in October. But one of these events stands out for its unique approach: this week’s German-Norwegian Literature Festival (April 26–28) in Oslo.

Operating under the slogan “Towards Frankfurt,” the festival reverses the usual format of bringing guest of honor authors to Germany. Instead, 40 authors from Germany, Austria, and Switzerland will travel to Norway, where they’ll participate in a three-day literary festival with some 25 Norwegian authors.

The idea for this festival came from Norwegian author Erik Fosnes Hansen, whose bestselling books are well known both in Norway and abroad. Hansen is perhaps best known for his 1990 novel and international bestseller, Psalm at Journey’s End. Translation rights to the book were sold into more than 30 countries.

In speaking with the editors of The Frankfurt Magazine about his idea for this author-focused event, Hansen said, “We hope the festival will demonstrate the value of literary exchange, which is, after all, the essence of the Norwegian presence in Frankfurt this year.

“Since we can’t bring the Norwegian public to Frankfurt, we hope to bring some of the spirit of Frankfurt to Norway in April.”

Norway’s crown princess Mette-Marit will attend the opening ceremony on April 26, which will include speeches by Hansen, and Oslo mayor Marianne Borgen.

During the three days of the German-Norwegian Literature Festival, approximately 70 readings and discussions will take place and address a wide range of topics from immigration and diversity to storytelling, satire, and literary trends. 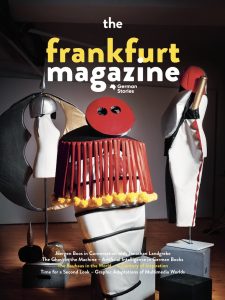 Bärbel Becker, director of international projects for the Frankfurter Buchmesse, told Publishing Perspectives that this festival “is very much an author initiative,” referring to the leadership of Hansen and Rønning in initiating the event.

Inherent in this broad program of writers and thinkers from Norway and German-speaking countries—and in the concept of the festival itself—is a spirit of sharing and cooperation that characterizes many of Norway’s international literary initiatives.

Margit Walsø, director of NORLA, told Publishing Perspectives, “The idea for the Norwegian-German literary festival is to introduce outstanding German authors to a Norwegian audience through meetings between the literatures from both countries.

“This means that the audience can enjoy exciting conversations between German and Norwegian authors, in itself a great example of cultural dialogue.”

NORLA is a literary organization that supports the export of Norwegian literature. In addition, the team is responsible for organizing Norway’s Guest of Honor program in Frankfurt this year.

Events like the German-Norwegian Literature Festival are an important component of the overall Guest of Honor initiative, according to Walsø. “When Norway presents itself as Guest of Honor at Frankfurter Buchmesse 2019,” she said, “we think it is important to come as guests who know as much as possible about the host country Germany; its authors and literature, culture and society. The German-Norwegian Literature Festival makes this possible.”

From the “many great Norwegian authors” participating in the festival, Walsø pointed out Vigdis Hjorth, Dag Solstad, and Hanne Ørstavik as just a few of the standout Norwegian names.

More from Publishing Perspectives on Norway is here, and more on Frankfurter Buchmesse is here.