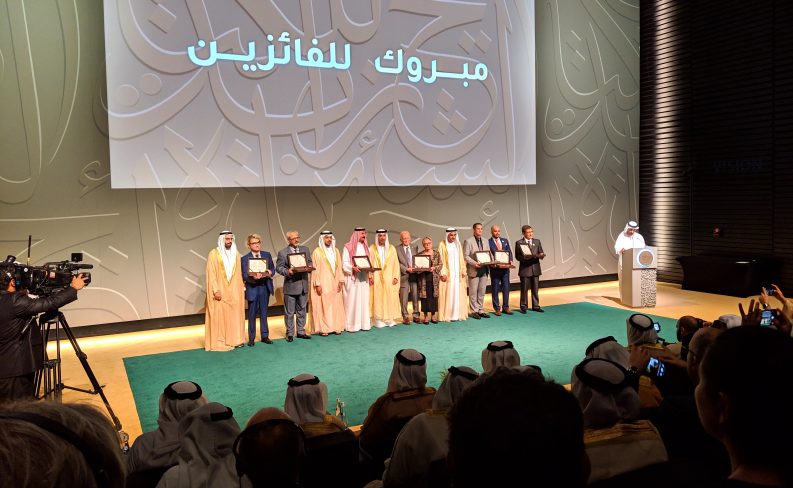 In the UAE’s ‘The Year of Tolerance,’ the Sheikh Zayed Book Award ceremony honors writers and intellectuals from many countries and diverse backgrounds. 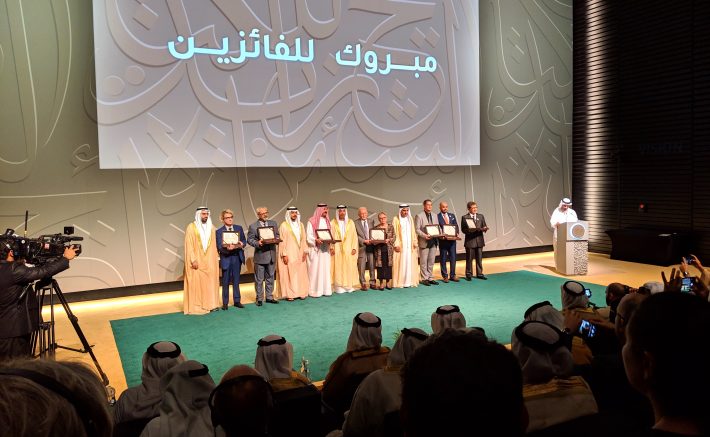 By Porter Anderson, Editor-in-Chief | @Porter_Anderson
and
By Hannah Johnson | @hannahsjohnson

A very international crowd gathered today (April 25) at the Louvre Abu Dhabi Museum to celebrate the winners of the 2019 Sheikh Zayed Book Award and to watch the prize ceremony.

In his opening remarks at the ceremony, Abdullah Majed Al-Ali, executive director of the National Library Sector for DCT Abu Dhabi, reiterated the prize’s role in enriching Arab literary and intellectual life. He said this award “sheds light on the importance of incentives” that enable more people to write and contribute to Arab culture.

Al-Ali also reminded the audience that 2019 is “The Year of Tolerance” in the United Arab Emirates and that books and reading make great contributions to this universal value.

The award’s secretary general, Dr. Ali bin Tamim, spoke next and also referenced tolerance as a core value of the UAE and the award. Emphasizing the award’s history of recognizing writers from many countries and backgrounds, he said there is “unity in diversity.”

Named for the Sheikh Zayed Bin Sultan Al Nahyan (1918-2004), the prize honors the memory of the ruler of the former ruler of Abu Dhabi and president of the United Arab Emirates for more than three decades. Sheikh Zayed is considered the visionary whose concepts of cultural importance in civil society have guided the development of the UAE to its status today as one of the most advanced and influential nations of the Arab world.

As Publishing Perspectives has reported, the Cultural Personality of the Year award has gone to a couple, researcher-scholars Suzanne and Jaroslav Stetkevych, and you can read our interview with them here. 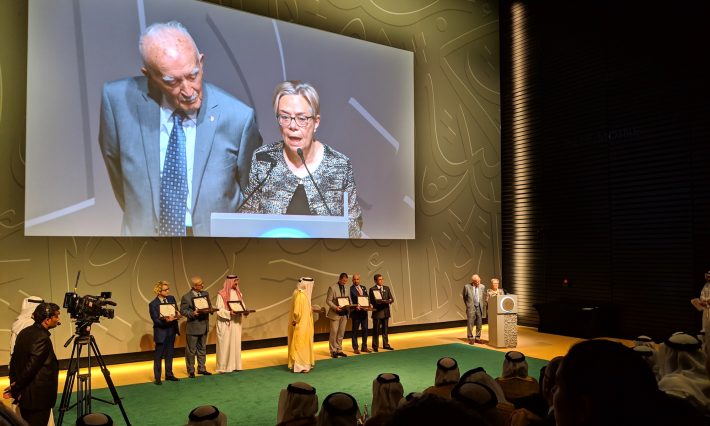 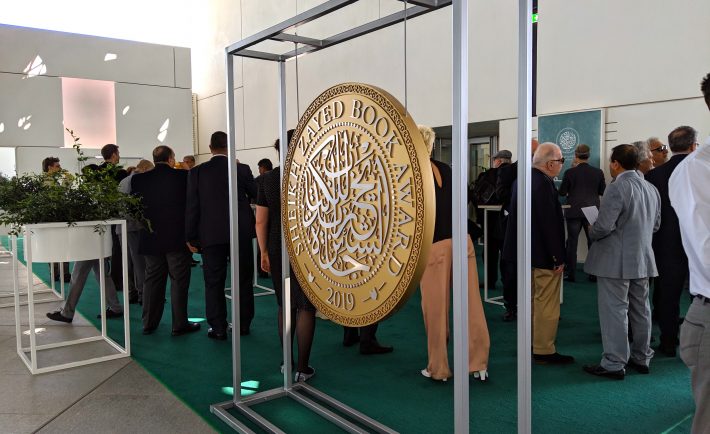 In more information about the winners:

Bensalem Himmich, winner of the Literature award. Himmich took his PhD in philosophy from the University of Paris. Writing in both Arabic and French, some of his novels have been translated into several other languages. The Writers’ Union of Egypt chose Himmich’s novel Majnoun Al Hukm as one of the 100 best novels of the 20th century. Himmich received the grand award of the French Academy of Toulouse in 2011. His novel The Man from Andalucia was longlisted for the International Prize for Arabic Fiction in 2009 and My Tormentor was longlisted for the 2011 edition of that prize.

Hussain Al Mutawaa, winner of the Children’s Literature category award. Al Mutawaa is a photographer as well as writer. The Kuwaiti author has a bachelor’s degree in literature and criticism from the College of Arabic Language at the University of Kuwait, with a minor in philosophy. He began writing poetry in 2009 and won first place in the University Poet and Storyteller category in the University of Kuwait awards program. His first novel, Turab, was released in 2017, followed by his Zayed winner, I Dream of Becoming a Cement Mixer. His book is being called by jurors “beautifully written, with many twists and turns.”

Abderrezak Belagrouz, winner of the Young Author category award. An Algerian scholar with a PhD in “the science and philosophy of values and Knowledge,” Belagrouz is a lecturer in the philosophy at Staif-2 University in Algeria. He’s also a juror for the Algerian Society of Philosophical Studies. He has authored several books, including Transformations of Modern Philosophical Thinking: Questions on Concept, Meaning and Connection, published by Beirut’s Al Maaref Forum (2018) and For Knowledge: Honest Discussion with Self and Books, published by Al Watan Publications of Algeria in 2017.

Charbel Dagher, winner of the Literary and Art Criticism award. The Lebanese scholar Dagher is a professor at the University of Balamand with two doctorates in modern Arabic literature and art history and philosophy. He’s the author of more than 60 books in Arabic and French. They include Arabic and Uranism: The Relationship Between Revolution, Culturalism, and Modernity (Dsar Al Naher and University of Balamand, 2009). Another title: Modern Arabic Poetry: The Prose Poem, from Al Maaref Forum, 2018.

Philip F. Kennedy, winner in the category of Arab Culture in Other Languages. The UK’s Kennedy has a PhD in classic Arab poetry and a masters in Middle East studies. He’s working on a book, Islamic Projections, about “narrative knowledge” in the medieval era. As he writes in the opening lines of the introduction to Recognition in the Arabic Narrative Tradition: Discovery, Deliverance, and Delusion, “The recognition scene is a feature of narrative that has shown extraordinary resilience in literary history and transformative power in works of literature.”

The Arab Centre for Geographic Literature, Irtiyad al-Afaq, winner of the Publishing Technology award. The program is a cultural initiative established by Emirati poet and author Mohammad bin Ahmad Al Suwaidi, established under his Al Suwaidi Cultural House effort, which has published ancient and modern Arab voyages in more than 60 books. The center has its own award program, the Ibn Battuta Geographic Literature Award, for publications in travel writing and criticism.

In every case, a winner is given a gold medal with the award program’s logo and a certificate of merit as well as the cash award.