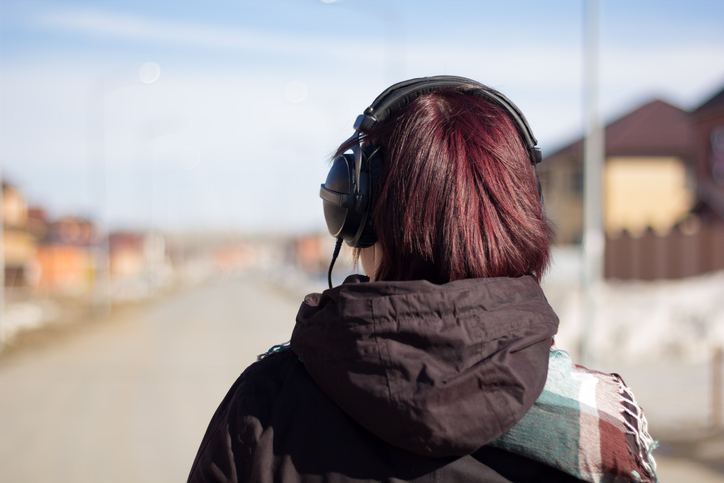 A new study predicts Spanish-language audiobook sales and production will grow in 2019–and narration dialects may start to favor Latin American markets. 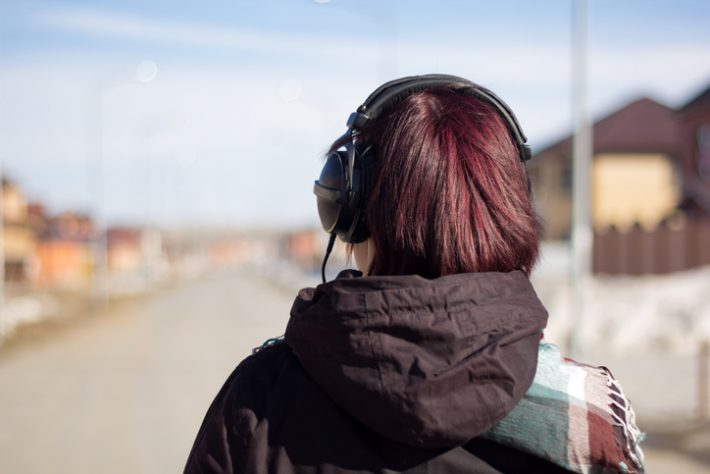 Released today (March 4), a new report by Javier Celaya, the founding CEO of Dosdoce in Spain, indicates “huge growth expectations” for the audiobook sector in Spanish-language markets during the coming year.

Research for the report was conducted in January and brings together response from Spanish and Latin American publishers. The study’s organizers say this data represents 95 percent of the outfits that produce Spanish-language audiobooks.

Celaya points out that the new reporting can not only help publishers with existing audiobook content to evaluate how best to exploit it, but that it can also prompt publishers who remain holdouts on audio to take the format seriously and develop their content for audio consumers.

Whose Dialect Will Be Heard? 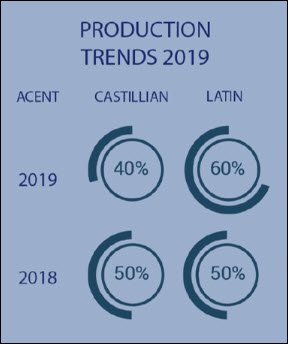 Among the most intriguing findings of the research suggests that 60 percent of audiobooks produced in 2019 will be narrated in Latin American dialects or what’s called the “neutral accent,” as opposed to the Castilian dialect associated with Spain.

That should represent a shift of some 10 percent toward the Latin American markets, over last year’s production, which we’re told was accented fairly evenly between Spain’s and Latin American’s dialects.

“This increase clearly demonstrates the interest of the Spanish publishers,” writes the Dosdoce team, “to export these newly produced [audiobooks] to the different countries of Latin America, as well as to the Hispanic market in the United States.” 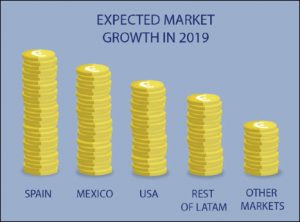 The report also charts an interesting shift of sales dominance in Spanish-language audiobooks, away from the large Hispanic population of the States.

“Until the end of 2017,” the report’s authors write, “the main audiobook sales market in Spanish was the Hispanic market in the United States, followed by Spain.

“But the results of this research clearly indicate that this reign came to an end in 2018, when it [the dominant sales level] was reached by the sum of sales incurred in Spain and Mexico.”

Publishers responding to the survey said they see the future playing out with the sales markets for Spanish-language audiobooks parsed this way, with Spain on top as the dominant market:

As the report’s discussion indicates, the chief sales platforms for audiobooks in the Spanish language are subscription-modeled services Storytel, Audible, Kobo, and Scribd.

And third is the class of purveyors that includes Spotify, Deezer, Napster, Apple Music, and others.

“Unlike the English speaking markets,” the report has it, “the sale of audiobooks to libraries is still a very underdeveloped sales channel in the Spanish markets, placing it in four place.”

Nevertheless, however, the report sees “efforts undertaken by library e-lending platforms such as eBiblio and eLiburutegia in Spain as well as Overdrive, Odilo, Findaway or Hoopla in the United States rapidly increasing the sales of audiobooks via this channel.”

The new report cites an average price between €10 and €15 (US$11.34 and $17) for Spanish-language audiobooks, figures derived from the responses of 44 percent of the survey’s publisher-respondents.

Crime and suspense were top of the list of Spanish-language audiobook categories in 2018, the Dosdoce report tells us. The trend to nonfiction audiobook popularity seen in parts of the English-language is reflected in the second category of popularity in Spanish, given to “personal development, self-help, and well-being titles.”

Romance followed along with erotica. And categories, in descending order from there, are children’s and YA; history and biographies; nonfiction essays; and at the bottom of the list, science-fiction and fantasy.

More details from Dosdoce on the survey can be found here. And for more analysis of reading in Spain in particular, see our report from January on the Spanish Publishers’ Guilds’ “Barometer of Reading Habits.”

As Odilo is mentioned in the Dosdoce report, it’s worth noting that the digital service made a presentation of its work last month at a seminar in Brussels organized in association with the European Parliament’s Digital Single Market deliberations.

As Publishing Perspectives readers know, Odilo was chosen in 2017 by the European Commission for use in European schools and universities.

The company describes itself as an “intelligent digital library” of ebooks, audiobooks, videos, magazines, courses, and interactive content, with more than 2 million titles from some 5,000 content providers in 42 languages. Its clients are in the educational sphere–libraries, schools, universities.

The company, on being asked to present to the seminar (on February 6) in Brussels, named a first recipient of its new Odilo Young Readers Award. The winner, 11-year-old Sergio José Sánchez Pérez of the Ceip el Rodeo, a school in Jerez de los Caballeros in Spain’s Badajoz province.