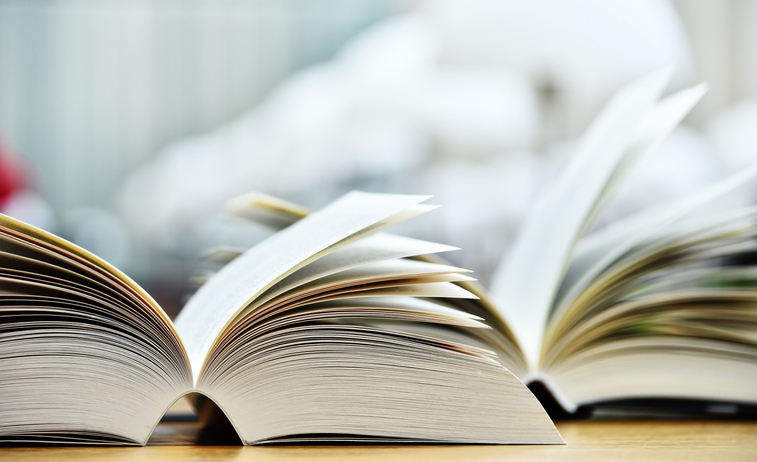 The widely accepted ‘3-percent rule’ of translated literature in English-language markets may be changing, as Nielsen Book reports a rise in translated books in the UK. 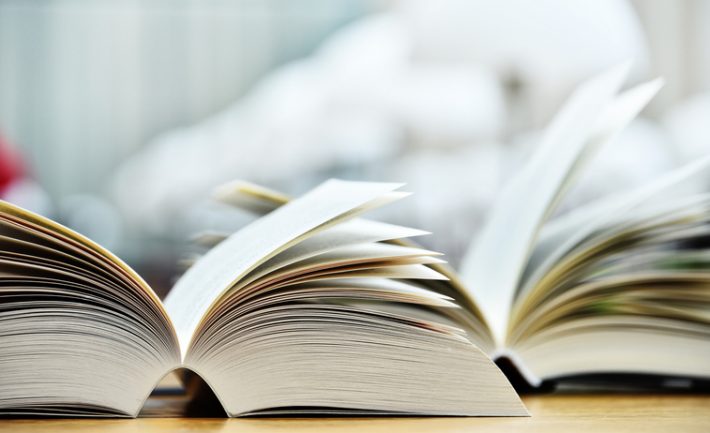 Released today (March 6), new research commissioned from Nielsen Book by the Man Booker International Prize indicates that translated fiction in the UK market grew by 5.5 percent. The report sees sales of translated fiction for last year coming in at £20.7 million (US$27.2 million).

As a subcategory of overall translated fiction, “general/literary fiction” in translation showed a robust 20-percent growth level, while regular, English-language fiction in that category was flat.

And as news reports this morning including that from Lucy McNulty of MarketWatch at the Wall Street Journal indicate that the British government may slash trade tariffs on up to 90 percent of goods if the UK makes a “hard Brexit” from the European Union on March 29, media messaging from the Booker Prinze on the research offers yet another pointed irony: “Nielsen’s findings include the fact that translated fiction in the UK is overwhelmingly European, with French—at 17 percent of volume sales–being the leading language of origin overall.

“For new books published in the past five years, Norwegian and Swedish are the most popular languages of origin.”

Publishing Perspectives readers are familiar with the decision by the Booker Foundation to “evolve” the prize in such a way to reward both the author and the translator of a book chosen for the Man Booker International Prize—which is not to be confused with the Man Booker Prize for Fiction, the better-known award. The move was an influence on the National Book Foundation in the States, as well, which last year awarded its own first translated book prize, designed as is the Booker’s award to honor both author and translator.

In another sign of translation’s rising place in the English-language markets and in the UK specifically, Jacks Thomas, who directs the London Book Fair (March 12 to 14) has this year named Jeremy Tiang the trade show’s first official Translator of the Fair, a designation of honor that stands alongside a similarly appointed Poet of the Fair and Illustrator of the Fair.

US industry players and readers would no doubt like to see a parallel study undertaken in the States, because overall trends detected by Nielsen Book suggest a steadily rising presence in market action for work translated into English in the UK. Booker Prize organizers now can cite evidence that seems to show that the traditionally cited 3-percent level of translated fiction in English-language markets is no longer accurate.

The ‘Marketability of Translated Literature’ 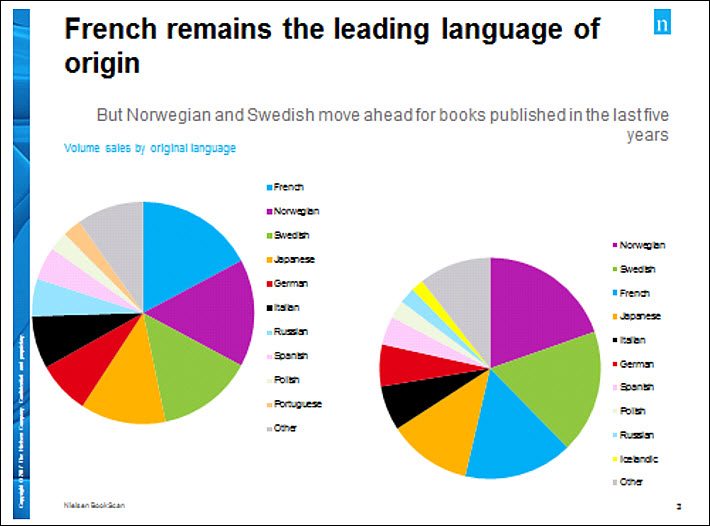 In a prepared statement, translator Charlotte Collins, who is co-chair of the UK’s Translators Association, is quoted, saying, “Despite what has clearly been a surge of interest in translated fiction, people still tend to cite the outdated 3-percent statistic about the proportion of translated fiction published in the UK.

“The rise in sales of translated fiction shows how hungry British readers are for terrific writing from other countries.”Fiammetta Rocco

“As we can see, this proportion has almost doubled in recent years, and is now at 5.63 percent. This is really exciting news, and welcome confirmation that publishers have responded to the proven popularity and marketability of translated literature.”

Collins is, herself, a 2016 shortlistee for the Booker International, for her work on Robert Seethaler’s A Whole Life.

More from the study on which languages seem to be popular in literature translated in the English in the UK: growing interest is seen in Chinese and Arabic, as well as Icelandic and Polish. The latter follows Olga Tokarczuk’s win of the 2018 Man Booker International Prize with Flights, translated by Jennifer Croft. Poland was the subject of the London Book Fair’s Market Focus in 2017. This year’s Market Focus is Indonesia.

In more prepared commentary, the Man Booker International Prize—it will be called simply the Booker International Prize after this year’s final round of sponsorship from the Man Group—offers news media a remark from administrator Fiammetta Rocco, who is quoted, saying, “Reading fiction is one of the best ways we have of putting ourselves in other people’s shoes. The rise in sales of translated fiction shows how hungry British readers are for terrific writing from other countries”—perhaps another way of phrasing the striking antithesis to the Brexitian dynamic found in today’s news.

The director of Nielsen Book Research International, Andre Breedt, says, “Fiction in translation allows us to experience narratives and perspectives in a way that otherwise wouldn’t be possible. We’re glad to be working with Man Booker International Prize and others to better measure this important and vibrant genre.”

Breedt and his team report that they discovered that the crime/thriller genre, traditionally seen as a large contributor to the sales of translated fiction, has declined by 19 percent. In the chart below, the first three positions are from the crime/thriller group, the others from general/literary fiction.

And the research sees “an extremely substantial growth” of 96 percent in sales of translated short stories and anthologies between 2017 and 2018.

The next action in this year’s award cycle for the Man Booker International Prize arrives March 13, the final day of the London Book Fair, when the program will announce its 2019 longlist.

A shortlist is to be announced on April 9.

The 2019 winner of this year’s Booker International is to be named on May 21.

The new funding for the prize—from the US-based Crankstart fund—takes effect June 1. It’s worth noting that when the Man Booker International Prize was established in 2005 as a complement to the long-running Booker Prize for Fiction, it was thanks to an extension by the Man Group of its original sponsorship. 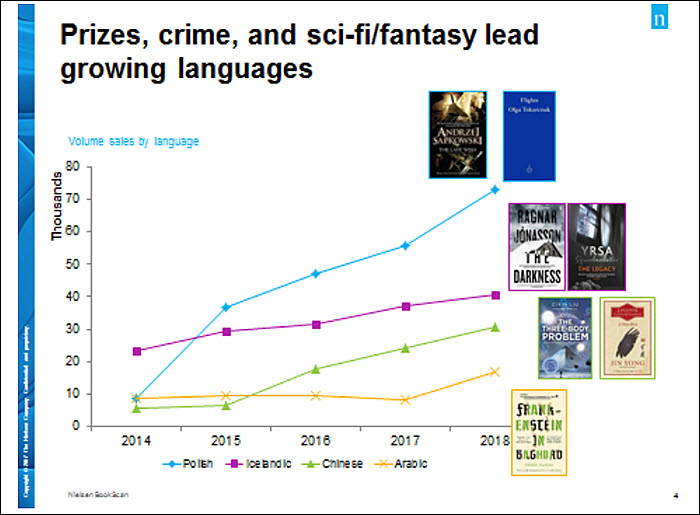 In the above chart, here are the books referenced in the languages of growing interest to the UK readership between 2014 and 2018:

A programming note: Publishing Perspectives and the Sheikh Zayed Book Award present a discussion on Arabic literature and ‘Remorse Test,’ the literature category winner of the 2018 Zayed Award by Syrian author Khalil Swileh at London Book Fair on Wednesday, March 13 at 11 a.m.

With us will be Mouza al Shamsi, director of the United Arab Emirates’ Sheikh Zayed Book Award, and Rana Hayek, editorial manager of Hachette-Antoine, the Beirut-based publisher of Swileh’s winning book.

The event is at the Zayed Award stand, 7H49, and all are welcome. To attend, please register here.