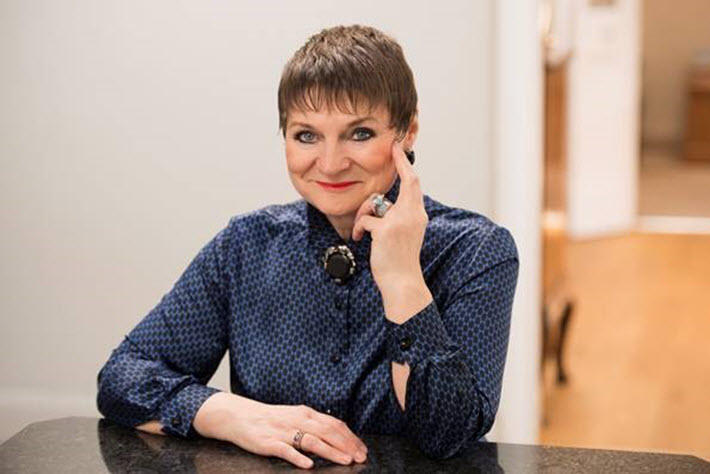 In a time of Brexit, when doors are slamming shut in many parts of the world, the London Book Fair’s Jacks Thomas is dedicated to the ‘cross-cultural dialogue’ of the industry: ‘It’s what books do.’ 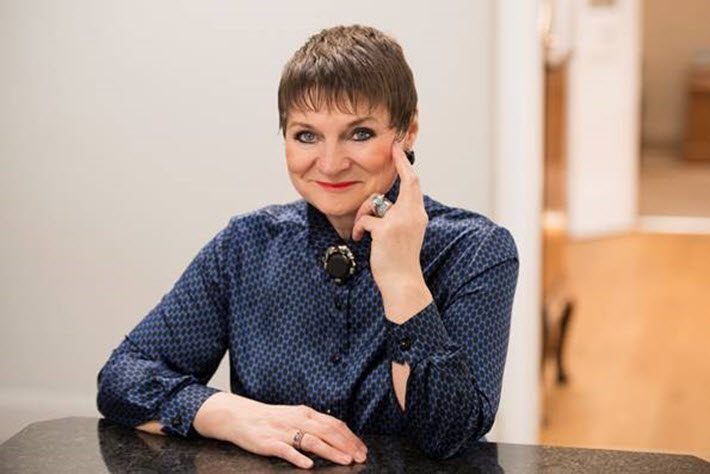 Publishing: ‘We’re United by a Commonality of Purpose’

While interesting is probably too mild a word for it, the political moment in which Jacks Thomas this year directs the London Book Fair (March 12 to 14) is unquestionably one of the most compelling in recent memory.

The London Book Fair arrives on the calendar this year a month earlier than it did in 2018. And as political luck would have it, that means its opening day now will coincide with what may be a fateful vote in Parliament.

On Tuesday, March 12, Parliament is to vote on Theresa May’s revised Brexit plan. The BBC today (March 7) confirms that should MPs reject the proposal again, “They will get to choose between leaving the European Union without a deal or deferring the UK’s exit from the EU beyond the scheduled date of 29 March.”

And publishing, along with its UK sister creative industries–acknowledged worldwide for their export prowess–may eventually be severely impacted by how things play out.

A director of the London Book Fair cannot, of course, take an official position on Brexit. “What you can do,” however, Jacks Thomas says, “is be very cognizant of the context in which we’re operating.”

“In all of these global market spaces, you’re going to see more people determined to do more business across more borders, I’m sure of it.”Jacks Thomas

Stephen Page, publisher and CEO of Faber & Faber, in talking to Publishing Perspectives ahead of his Quantum conference keynote on Monday (March 11), knows that context well. “It’s always been important that leaving the European Union was done in a carefully managed, positive way,” he tells us. “And that’s not what’s happening. Because nobody can agree.”

And yet, just as Page does, Thomas says she looks at the international industry of literature and sees a mission of cohesion, not divisiveness.

“You get back to the origins of the Frankfurt Book Fair,” she says, first in the 15th century when German print pioneers came together to market books, and then in 1949 when the fair was revived after World War II. “Publishers were among the first to develop cross-cultural dialogue again. Which is what books do.

“We’re united by a commonality of purpose,” Thomas says. “In all of these global market spaces, you’re going to see more people determined to do more business across more borders, I’m sure of it.”

And while almost anyone will agree with Page that “one of the great calamities” of the Brexit crisis is its uncertainty, Thomas has held nothing back in her direction of this year’s fair.

Not only has she added a Translator of the Fair, Singapore’s Jeremy Tiang to her growing roster of designated specialists that includes a similarly dedicated Illustrator and Poet of the Fair (David McKee and Raymond Antrobus, respectively), but she also has paralleled her annual Author of the Day program (Caryl Phillips, Seno Gumira Ajidarma of Indonesia, and Holly Bourne) with the inclusion of three specially invited writers from Europe: Germany’s Simone Buchholtz, Belgium’s Stefan Hertmans, and France’s Antoine Laurain.

As the Market Focus Indonesia guest of honor program comes together for next week’s fair with not one but two stands—including a “Spice Café”—the Baltic nations represented in last year’s Market Focus have their follow-up presence at the London Book Fair this year, as well.

“They’ve put on the most amazing program. They’re showcasing things beyond books,” in a presentation that reflects Jakarta’s emphasis on cross-platform and cross-media development. “And they’re meticulous about design.”

And it’s Thomas’ annual International Excellence Awards, produced with the UK’s Publishers Association, that annually recognize accomplishment at the global scale. Britain is blessed with more in-country prize programs than most markets, and the London Book Fair has leveraged its cross-border appeal to widen its own awards purview. 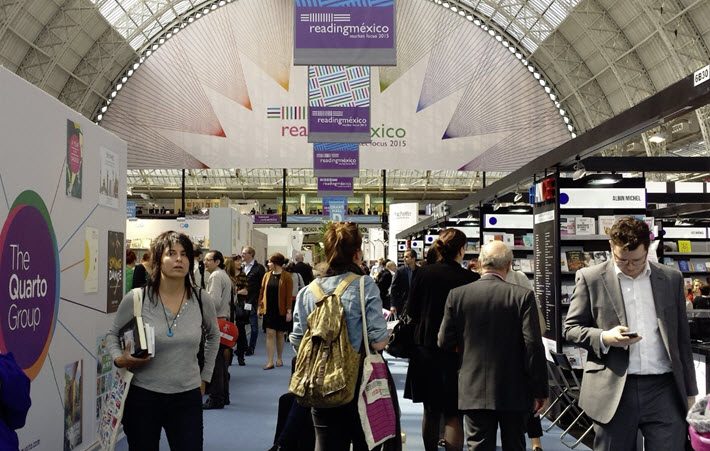 At the London Book Fair, 2015, when Mexico was the fair’s Market Focus. Image: Porter Anderson

The Global Picture: ‘More Than Debate’

As you talk with her, you realize that Thomas understands the London Book Fair as a demonstration of the industry’s global character.

On Iraq’s Alaa Hamdon speaking about rebuilding the University of Mosul library destroyed by ISIS: “It’s something I’m extremely pleased to give a platform to at the London Book Fair.”Jacks Thomas

“And publishers love getting together, right? We’re a very sociable, debate-driven, interested, curious bunch of people.”

Thomas arrived as the head of Reed Exhibitions’ London Book Fair in the winter of 2013, having spent eight years as a partner with Midas PR, one of the UK’s top public relations shops for publishing.

The fair is 48 this year, if you date it back to Lionel Leventhal’s Specialist Publishers’ Exhibition for Librarians in 1971. The event would be named the London Book Fair in 1977 and in 1985 was sold to Industrial & Trade Fairs which later became Reed Exhibitions.

Thomas’ tenure has been marked not only by its firm internationalist stance but also by several reliable, defining features. They include:

An example: “On Tuesday in an Insight Seminar,” Thomas says, “we have Dr. Alaa Hamdon from the University of Mosul on the work being done there to rebuild the university library that was destroyed by ISIS. You have to think, ‘Yes, that’s very, very important work’. That’s more than debate. That’s being sure the next generation has access to more than a few books. To be able to get on with their lives after a very grim time.”

That session, Rebuilding the Library ISIS Destroyed, is at 1 p.m. on March 12 in the Grand Hall’s Olympia Room. And UNESCO has called the loss of Mosul’s thousands of books “one of the most devastating acts of destruction of library collections in human history.”

“It’s something I’m extremely pleased to give a platform to at the London Book Fair,” Thomas says, “so we can, hopefully, be sure that the library is restocked and the next generation does have access to education and books.

“So we’re outward-looking, I suppose,” she says, with characteristic understatement. 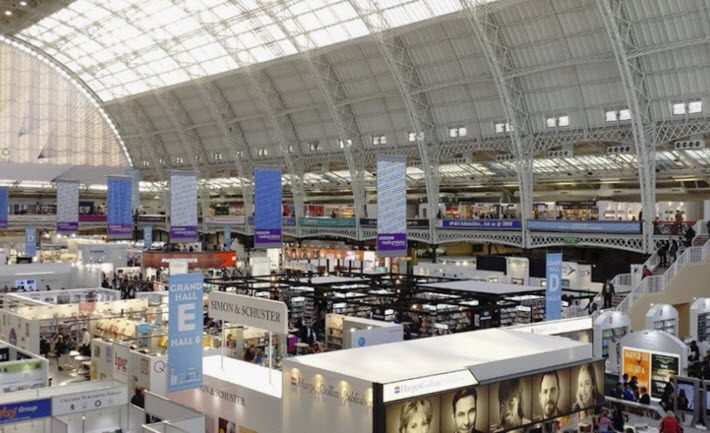 ‘The Whole Point of Books: The Big Ideas’

Back on the more commercial and export side of the business, Thomas’ team has for five years worked with the UK’s Department for International Trade, “which brings in buyers from America” and widens the UK’s footprint, to “deliver a trade diplomacy strategy.” DIT provides a Meet the Experts Clinic to bring book fair attendees up to speed on export support programs–which may quickly become more important than ever, pending how the Brexit developments go.

And  Thomas riffs across one theme after another, the various focal strategies of her programming. For example:

“We do have a fireside,” Thomas says. “And we do have a Cafe Europe,” at which that trio of Continental authors will speak.

“You can’t shy away from the political context in which we’re all meeting,” she says, “but I hope that all those debates are through the prism of the written word. That’s the whole point of the book. Discussing big ideas.”

And, Jacks Thomas adds, the approach of March 29 “can be very mind-focusing.” 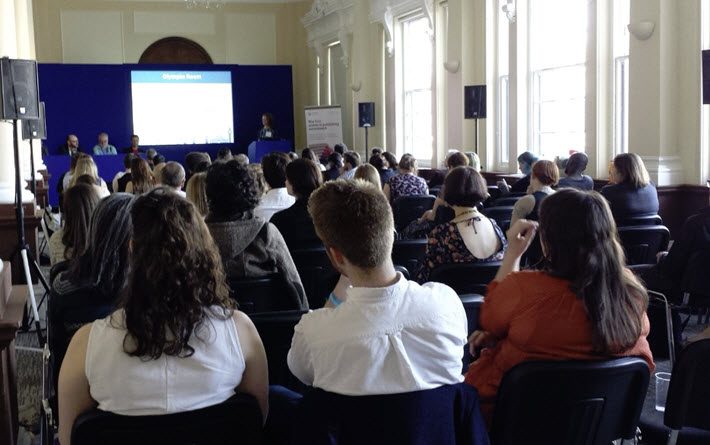 A programming note: Publishing Perspectives and the Sheikh Zayed Book Award present a discussion on Arabic literature and ‘Remorse Test,’ the literature category winner of the 2018 Zayed Award by Syrian author Khalil Swileh at London Book Fair on Wednesday, March 13 at 11 a.m.

With us will be Mouza al Shamsi, director of the United Arab Emirates’ Sheikh Zayed Book Award, and Rana Hayek, editorial manager of Hachette-Antoine, the Beirut-based publisher of Swileh’s winning book.

The event is at the Zayed Award stand, 7H49, and all are welcome. To attend, please register here.