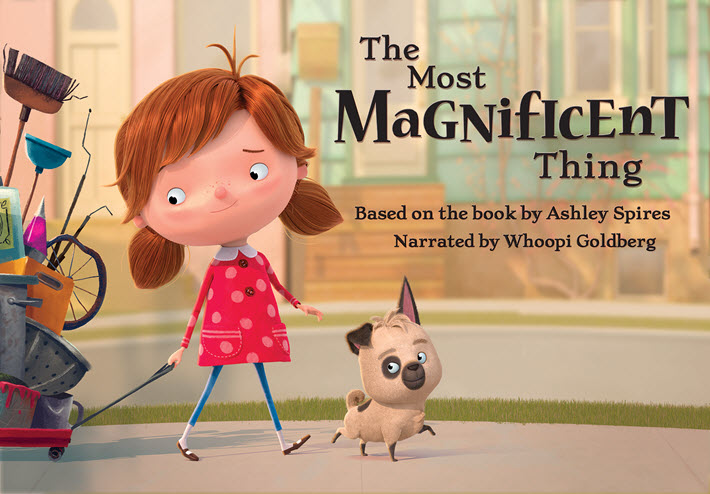 With what one of the show’s artists calls “a perpetual golden hour” palette, Arna Selznick and her Nelvana team bring Ashley Spires’ children’s book to animated life. 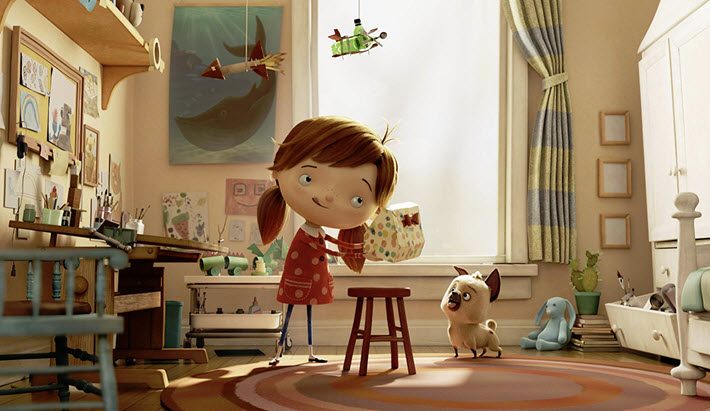 Still image from ‘The Most Magnificent Thing’ animated short from Nelvana

The Film Had Its Premiere at TAFFI

The animated short film based on children’s book author-illustrator Ashley Spires’ 2014 The Most Magnificent Thing has had its premiere at February’s Toronto Animation Arts Festival International—called TAAFI—and the production company Nelvana and its parent company Corus Entertainment, have released a trailer and opened a site for the property.

Publishing Perspectives readers are familiar with the book and its development: Kids Can Press president Lisa Lyons Johnston described the project during The Markets conference at Frankfurter Buchmesse in October. At that point, Lyons Johnston told the audience that the book had sold close to 500,000 copies worldwide and had been translated int0 15 languages.

Kids Can Press, formed in 1973, was acquired in 1998 by Nelvana, which then was acquired by Corus Entertainment, a broadcaster and producer of mass media.

Corus is expected to screen the short at more international film festivals in coming months. Although Nelvana has been in operation for nearly 50 years, media messaging from Toronto tells us, this is its first short work.

Spires’ The Most Magnificent Thing is described an inspirational story about a creative little girl determined to make great things. She and her pet dog explore the world together. When she receives a tool kit, the little girl sets out to make the most magnificent thing for her canine best friend, and discovers that it’s not as easy as she expected. Values positioned in the piece are perseverance, hard work, love, and selflessness. 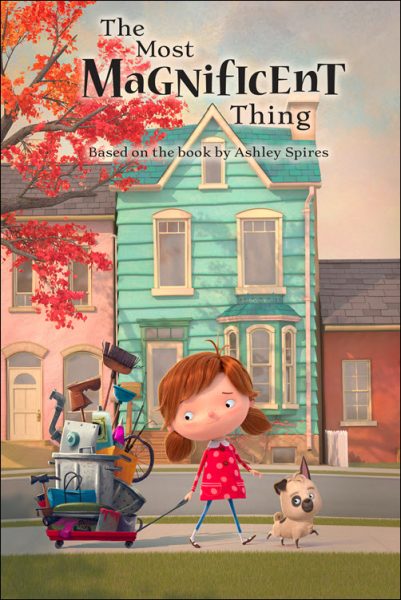 The film adaptation is voiced by Alison Pill, Lilly Bartlam, Tony Daniels, and Whoopi Goldberg and is directed by Arna Selznick with John Van Bruggen and Spires credited as writers. Goldberg stars as the film’s narrator, with Pill as Mom, Bartlam (Total Drama Island, Dot.) as “the determined girl,” and Daniels (Atomic Puppet, Daniel Tiger’s Neighborhood) as the dog.

The new site for the work is here. The trailer can be seen here. There’s also a well-produced promotional video about the film adaptation and bringing the project together, with many members of the creative team talking about their work.

“We wanted this film to feel like it was touched by human hands,” you hear Selznick say.

In a prepared statement Selznick is quoted, saying, “I’m proud to be a part of the journey that brings this beautiful story of a girl tapping into her creativity to life.

“Much like the girl in the film, the talented team at Nelvana, led primarily by women, set out to create something magnificent and I am incredibly fortunate to have this opportunity to inspire young children to do the same.”

Selznick’s past projects include The Care Bears Movie, distributed by The Samuel Goldwyn Company in 1984; Little Bear (Season 2); and Back To School With Franklin. She has also worked as story artist on the feature films The Nut Job 2: Nutty By Nature, Spark: A Space Tail, and Rock and Rule; and television shows such as Nerds and Monsters, Kate and Mim-Mim, 6teen, The Animated Mr. Been, and The Inspector Gadget original series. 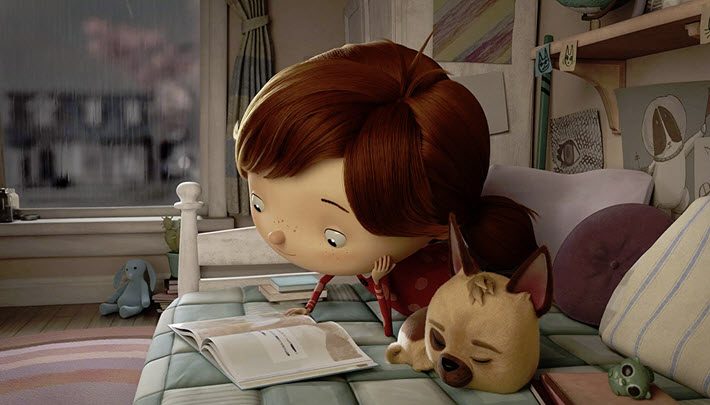 Still image from ‘The Most Magnificent Thing’ animated short from Nelvana

More from Publishing Perspectives on Canada’s Kids Can Press is here, on children’s books is here, and on books-to-film development is here.