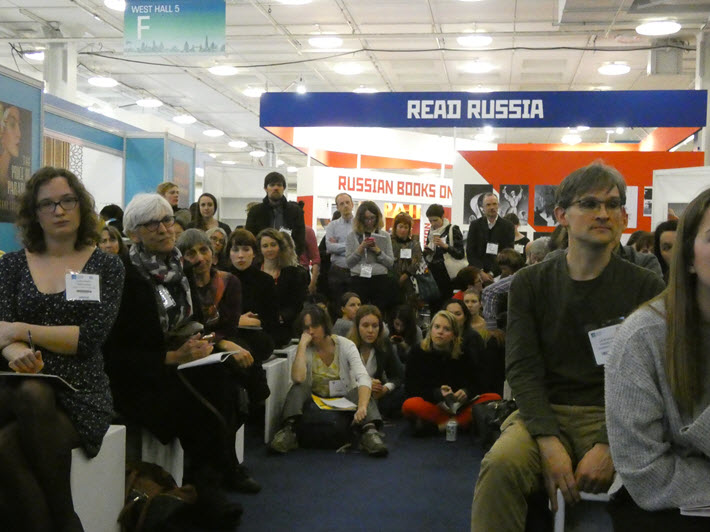 As HarperCollins’ Judith Curr launches the HarperVia translation imprint, and the Frankfurter Buchmesse opens a new program for translators of German-language fiction and nonfiction. 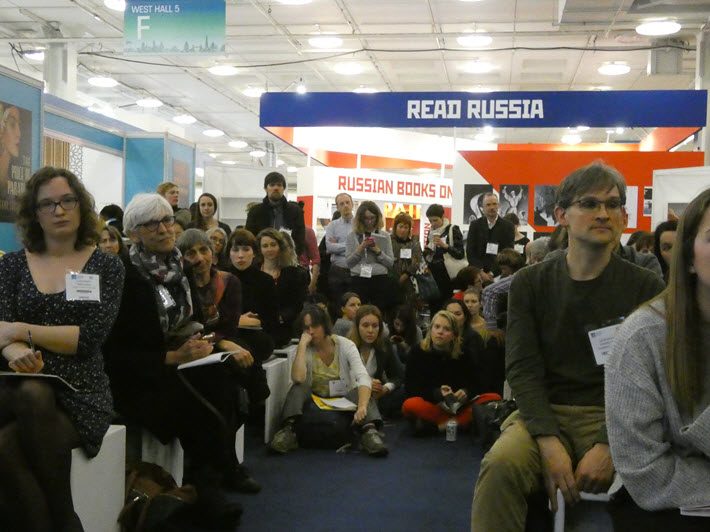 In what may be another sign of much-welcomed new momentum for translated literature—close on the heels of the news reported by Publishing Perspectives of Nielsen Book’s evidence of rising interest in the UK—HarperCollins is announcing today (March 12) the launch of a new translation imprint.

The advent of the new project is being toasted today at the HarperCollins stand at the London Book Fair.

Under the direction of Judith Curr, president and publisher of the HarperOne Group based in New York City HarperVia is focused on acquiring international titles for world English publication. Curr will collaborate on the new imprint with David Roth-Ey, executive publisher at HarperCollins UK, and James Kellow, CEO of HarperCollins Australia. 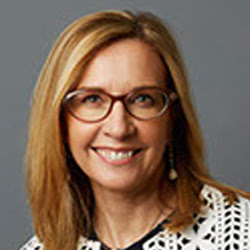 HarperVia’s acquisitions are expected to be mainly fiction in translation, “with an eye,” according to media messaging, “toward books that celebrate the universal desire for discovery, understanding, and connection through exceptional storytelling.” Titles are to be published worldwide in the English language.

In a prepared statement, Curr is quoted, saying, “We’re excited to bring extraordinary stories with a global appeal to the world English market

“HarperVia is looking for books in translation that will enliven conversation and spark the reader’s imagination. By working with our colleagues in the UK and Australia, we have a combined three acquisitions teams seeking out superb content for the list.”

Once fully up and running, HarperVia is expected to produce around two-dozen titles annually.

Familiar to Frankfurt regulars, three of the Frankfurter Buchmesse’s fellowship programs now are open for applications:

Applications can be submitted worldwide by publishers, editors, rights and licensing managers, literary agents, and literary translators. The deadline for applications is April 30.

The new International Translators program of the trio is aimed at translators of German-language fiction and nonfiction into other languages.

Organizers say there will be space for as many as 30 participant-translators in this new program, which is scheduled to run October 14 to 18. (Frankfurter Buchmesse this year runs October 16 to 20.)

Applicants must have translated at least three German-language literary works.

During the week of the fair, translators will participate in expert seminars, workshops, and networking events in the city of Frankfurt and as well as at the Buchmesse. The aim of the program is to encourage exchanges between international literary translators of German-language works and to promote networking between translators, publishers and editors.

In a prepared statement, Bärbel Becker, director of international projects at Frankfurter Buchmesse, is quoted, saying, “Our new program will allow us to invite translators, who play an important role in the international literary discussion, to the world’s largest book fair in Frankfurt. This will put literary translators firmly in the spotlight.”

The program, while organized by the Frankfurter Buchmesse, has financial support from the German Federal Foreign Office. The program covers participants’ travel and accommodation costs, meals, a trade visitor ticket to the book fair and participation in conferences and workshops.

More from Publishing Perspectives on translation is here. More from our Industry Notes series is here.

Our Spring Magazine is ready for your free download, and at the London Book Fair, you’ll find the print edition available, also free of charge.