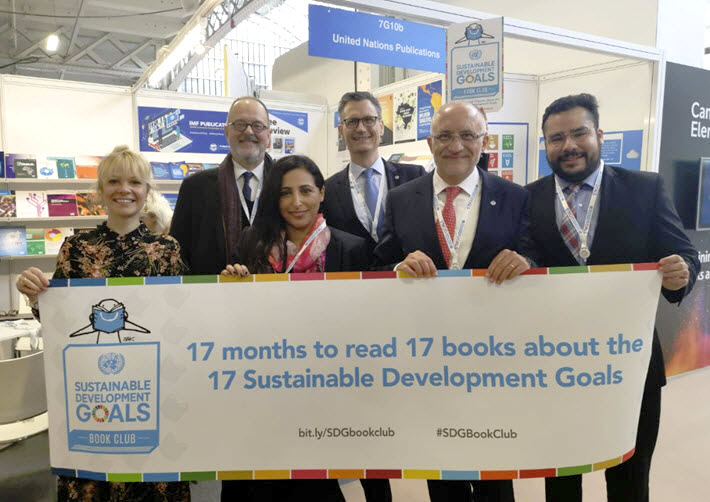 The first selection of children’s books in the International Publishers Association’s SDG Book Club with the United Nations is due on April 2 at Bologna Children’s Book Fair. 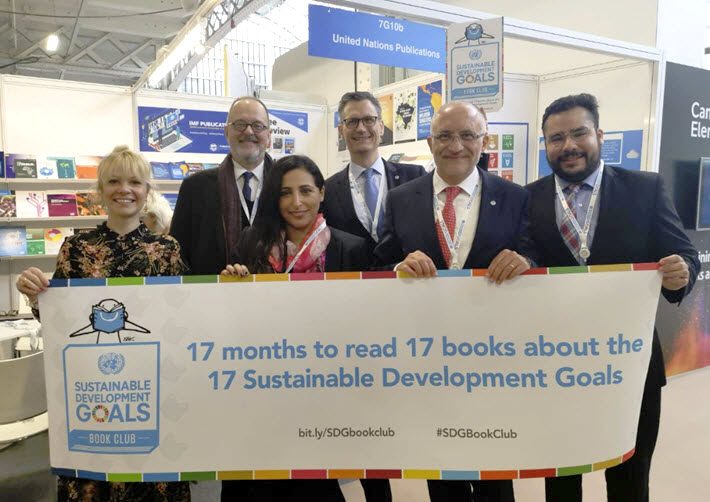 To ‘Inspire More of the Next Generation To Take Action’

As Publishing Perspectives readers will recall, this is the program announced in September by the International Publishers Association (IPA) and the United Nations Outreach Division as the SDG Book Club for young readers.

It’s now expected that a first selection of books for the club will be announced at Bologna on April 2, International Children’s Book Day.

Indeed, at last week’s London Book Fair, the UN and IPA included Bologna in its announcement of new collaborative organizations on the project, bringing together the support of publishers, libraries, booksellers, and young reading specialists. The confirmed collaborators in the SDG Book club now comprise:

The initiative is expected to familiarize youngsters with the 2030 Agenda for Sustainable Development and to bring forward new voices and concepts from around the world in all six official UN languages.

In a prepared statement from the London Book Fair event, IPA secretary general José Borghino is quoted, saying, “As the recent children’s climate strikes have shown, children are keen to learn about their world and how to improve it.

“The International Publishers Association … together with the UN believe that by highlighting high-quality, creative children’s books we can inspire more of the next generation to take action and help us all to achieve the SDGs by 2030.”

Borghino’s reference is to the series of events on Friday in which children in various parts of the world made a statement by leaving their classrooms to call attention to climate change, a movement spurred by Sweden’s Greta Thunberg. There’s coverage here, from the BBC, of the activities and positions involved.

The under-secretary-general for global communications at the UN, Alison Smale, said, “I know first-hand the value of reading as a way to learn. I can hardly think of a better way to capture young hearts and minds than through books. We’ve created the SDG Book Club not only to inspire children to read and learn, but to empower them to play their part in making the world a better place.”

From Bologna, exhibition manager Elena Pasoli is quoted, saying that the book fair sees the SDG Book Club “fruitfully matching the mission of both the fair and its children’s book community—a hard-working community that strives to forge citizens for a better tomorrow, continually creating networks through dialogue and building cultural bridges to feed a new and shared humanism.”

There is a newsletter available for sign-up here to keep up with activities of the Sustainable Development Goals Book Club.

‘Closer to the Challenges of Our World’

More comments have come from the leadership at other collaborating organizations.

From Gerald Leitner of the library associations’ federation, we read, “Achieving the Global Goals will need action from everyone. The SDG Book Club offers a great way to introduce today’s young people to the key issues of our time, to mobilize them, and to and prepare them to be the doers and leaders of tomorrow.”

Liz Page at the International Board on Books for Young People says the project “supports IBBY’s mission of bringing children and books together. IBBY’s international network will be helping young people learn about and understand why these 17 goals really matter for the future—for their future.”

And at the Booksellers Federation, Julie Belgrado is quoted, saying, “There is nothing more important for booksellers than to put books into the hands of readers, especially young ones. The SDG Book Club is a wonderful initiative which will not only get young readers closer to books, it will also bring them closer to the challenges of our world. Giving them access to high quality selected works, which highlight the importance of the SDGs in a playful and simple way, is giving them the possibility to join the debate from an early age and providing them with the keys to shape tomorrow’s world. Booksellers will be really happy to play their part in this project.”

In the language of the United Nations, the Sustainable Development Goals “are the blueprint to achieve a better and more sustainable future for all. They address the global challenges we face, including those related to poverty, inequality, climate, environmental degradation, prosperity, and peace and justice. The goals interconnect and in order to leave no one behind, it’s important that we achieve each goal and target by 2030.”

More from Publishing Perspectives on children’s books is here, and more on the work of the International Publishers Association is here.