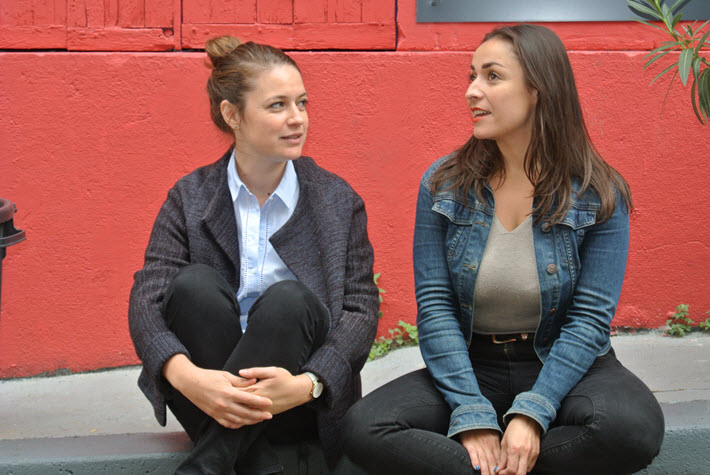 Women hold an impressive number of executive posts in French publishing. On International Women’s Day, the hope is that more can move into top spots. 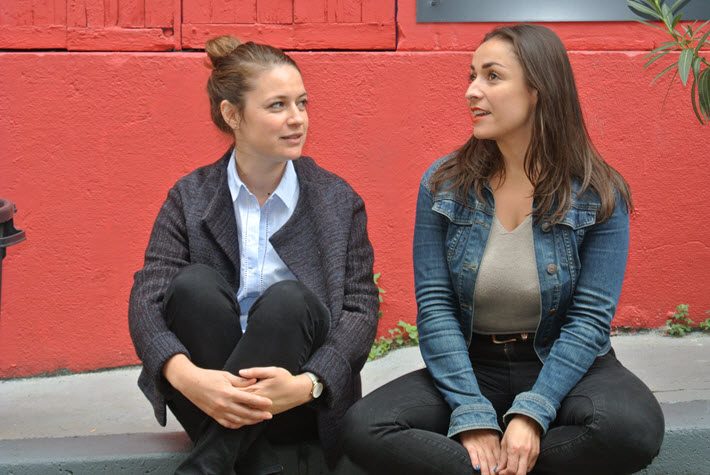 Marie Hermann, left, established her own publishing company, Hors d’atteinte, with Ingrid Balazard, ‘in order to do what we like, and take ownership of the [supply] chain.’ Diana Matus

Editor’s note: The first International Women’s Day events were held in 1911 and drew support from Austria, Denmark, Germany, and Switzerland. Today (March 8), the program is decentralized. Aurora Ventures in the UK produces its site, but the movement itself is operated by “no one government, NGO, charity, corporation,” or other entity. And it’s in France that we find a promising trend in the book trade’s executive suites. —Porter Anderson

‘An Ever-Greater Presence of Women’

In France’s publishing industry, women for several years have been gaining access to more of the top positions in management once occupied only by men. On International Women’s Day 2019, we find quite a number of women running imprints at major publishing groups, including Hachette and Editis.

In January, Véronique Cardi, who was the head of Livres de Poche was named president of Éditions JC Lattès (Hachette Livres), and in February, Karina Hocine was named editorial secretary general of Gallimard (Madrigall).

And all such moves are not recent. As early as 1991, Hedwige Pasquet became CEO of Gallimard Jeunesse; Marie Christine Conchon in 2010 was named president of Univers Poche; in 2014, Cécile Boyer-Runge was made CEO of Robert Laffont (Editis), and in the same year, Arnaud Nourry appointed Sophie de Closets the CEO of Hachette’s Fayard. 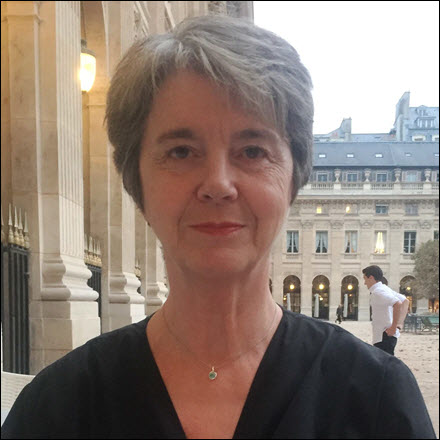 “I’m delighted, of course, to see that many women in France hold key positions in the publishing world,” says Virginie Clayssen, chief innovation officer at Editis, and president of the digital committee at the Syndicat national de l’édition (SNE), the French publishers’ union.

“But I’d like not to have to rejoice anymore: I’d like [women’s leadership] to be self-evident, a fact that no one would notice, in our field as in others.

“I admire the work of so many of these women—there are too many who inspire me to mention—business leaders, editors, but also lawyers, computer scientists, copy-editors, rights managers, press officers. We can only hope for an ever-greater presence of women at all hierarchical levels, in all areas of the publishing industry.

“With regard to equality and the evolution of roles, a positive sign would also be to meet more men in sectors in which women today are a majority, especially in the area of education.”

Clayssen, because she works in the male-dominated world of technology, says she stopped paying attention to comments and attitudes a long time ago. “Of course I’ve often been the only woman in meetings at which men spoke to me as if I were 10 years old, and of course men are considered more capable at tech than women. We know this. Things are progressively changing, but very slowly.”

Men now notice, for example, says Clayssen, when there are only a few women in a meeting.

‘A Woman’s Energy and Determination’

“When someone is trying to fill a top management role, it makes sense that at a certain point all the experienced people will be women.”Rebecca Byers

In the 1960s there was only one woman on the radar in the French publishing world, the iconic cigarette-smoking and whiskey-drinking editor Françoise Verny, who worked at Grasset, Gallimard, and then Flammarion. She was alternately called a mother and a midwife. Later, in upper management, there was Teresa Cremisi, who became second in command at Gallimard and then ran Flammarion until 2015.

But mostly, if women wanted to make their own decisions, they had to create their own company, recalls Émilie Colombani, editor at Rivages in an article by Muriel Steinmetz in l’Humanité.

Indeed, from the 1970s until now, women have frequently founded their own publishing houses in France. To name a few, there’s Anne-Marie Métailié, of Éditions Métailié and Colette Olive of Éditions Verdier, who just celebrated their 40th anniversaries. Liana Levi and Odile Jacob both started their eponymous companies in the 1980s and Sabine Wespieser founded hers in 2001. 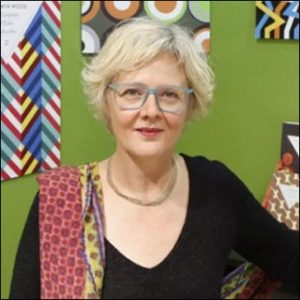 Laure Leroy co-founded Zulma in 1991, and she relaunched it with a new look in 2006. Her experience as a woman in the business has been slightly different, she says, because most women who have created their own publishing companies had previously worked for an established publisher, whereas Leroy began as an independent from the start, at age 23—moreover as a newcomer to French publishing, which she describes as a small and often inbred milieu.

But she says that like other independent women publishers, she has a different outlook on management and publishing. She says it’s more creative and inventive because, “We’re in an atypical situation, and not in the mainstream.

“I’d like not to have to rejoice anymore: I’d like [women’s leadership] to be self-evident, a fact that no one would notice, in our field as in others.”Virginie Clayssen

“As a woman, you already know things will be complicated. Theoretically, society has been telling you from the start that you’re not going to make it. So a woman’s energy and determination have to be much stronger.”

Nearly 40 years later, Marie Hermann, who launched her publishing company Hors d’atteinte (Out of Reach) last year with Ingrid Balazard, says her reasons for opening her own company are the same, “in order to do what we like, and take ownership of the [supply] chain.”

As a feminist, she sees the situation in France as finally changing, with women creating networks and working together.

But she also says the predominance of women in publishing can be explained by the fact that women are more likely to accept low salaries and job insecurity, a problem that Fayard’s de Closets has often brought up. De Closets told Publishing Perspectives that she hopes more men will join the publishing world. 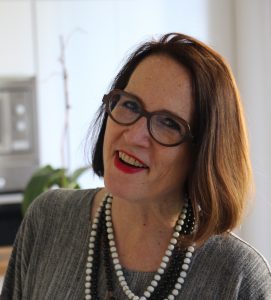 That said, “There definitely has been a change,” says Rebecca Byers, rights director at Place des Éditeurs. “Going back to publishing in the 1980s and ’90s it was a male-dominated field.”

Byers says that because middle management roles in publishing are held by women, “When someone is trying to fill a top management role, it makes sense that at a certain point all the experienced people will be women.”

She points out that the CEOs of Hachette Livres/Lagardère and Editis are still men—Nourry and Pierre Conte. “But right underneath them are women running publishing houses in their groups.”

More from Publishing Perspectives on the French book publishing market is here.