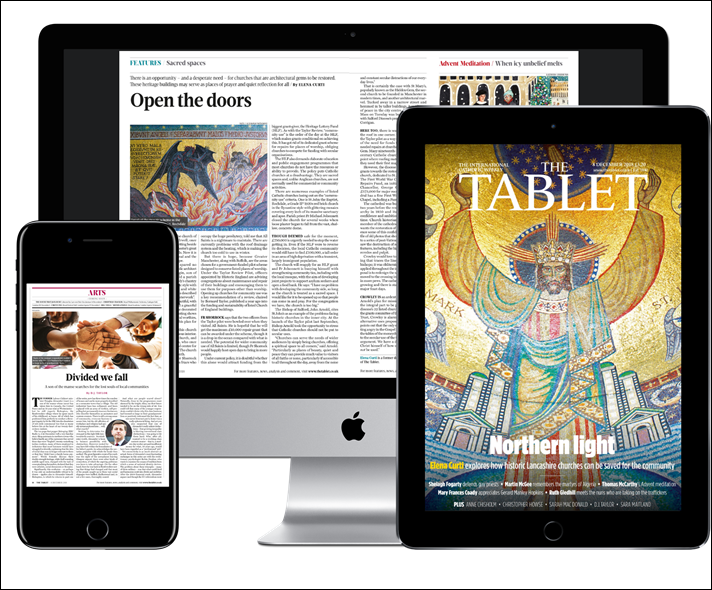 The 180-year-old weekly ‘The Tablet’ now has its archive online. And Gerald Cai of MXRi and SnapLearn has a development project with Oxford University Press. 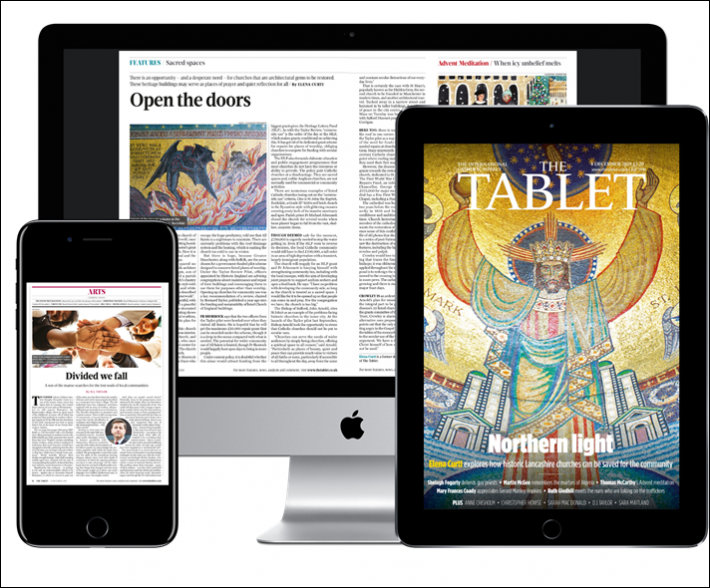 Published Weekly Since May 1840

An interesting entry in the digital archive world, the digital publisher Exact Editions today (March 6) has released its new online collection of more than 8,750 editions of The Tablet, a Catholic weekly journal in the UK.

Having been published continually since 1840, The Tablet is considered to be “the second-oldest surviving weekly journal in Britain.” The Spectator, which Exact Editions has digitized since 2005, is said by the publisher to be the oldest.

The journal is described as having a “special emphasis” on Roman Catholicism “while remaining ecumenical,” although it’s “committed to the teaching of the Second Vatican Council.” Contributions to its writings reportedly include work by Evelyn Waugh, Graham Greene, Pope Benedict XVI, Fr Hans Küng, Tony Blair and David Willcocks.

The digitized collection is available at its site and on Android and iOS apps and is said to include search features. 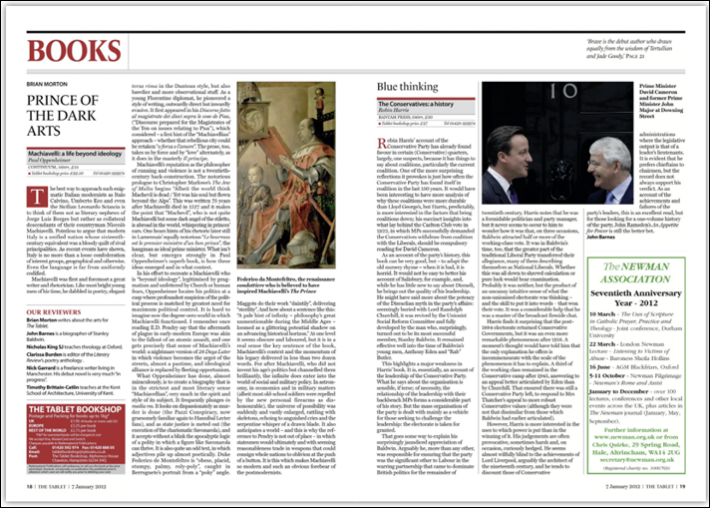 In a prepared statement, Daryl Rayner, Exact Editions’ managing director, is quoted, saying that the platform allows a user to “navigate the archive, whether it’s the latest content or the very first issue from May 16, 1840. The comprehensive search functionalities also allow subscribers to locate specific articles and events of historical significance.”

Sections of content in the journal’s include a focus on books reportedly comprising “detailed reviews [that] are comprehensive, across a wide variety of subjects from philosophy to film appreciation and Christian apologetics to crime fiction.” As an example, the company offers this look at reviews by Brian Morton from 2012 of Paul Oppenheimer’s Machiavelli: A Life Beyond Ideology (Continuum) and  Robin Harris’ The Conservatives: A History (Bantam Press).

An annual institutional subscription providing access to the new archive starts at US$450 (£342). Information is here. Individual subscriptions, annual (US$79) and quarterly (US$19.99) are also available here. 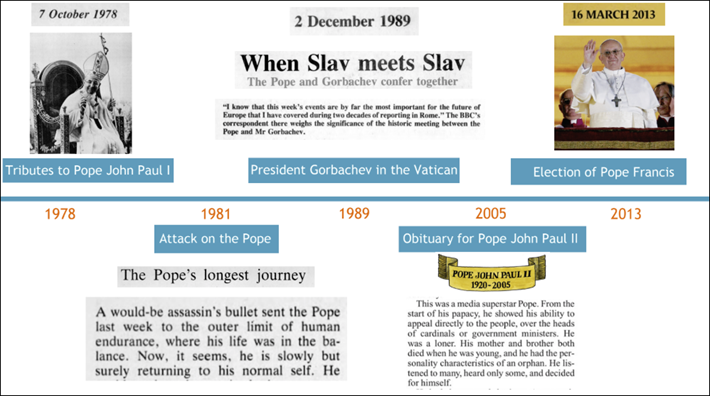 A timeline of topical references in ‘The Tablet’ references news stories from the latter part of the 20th century. Image: Exact Editions 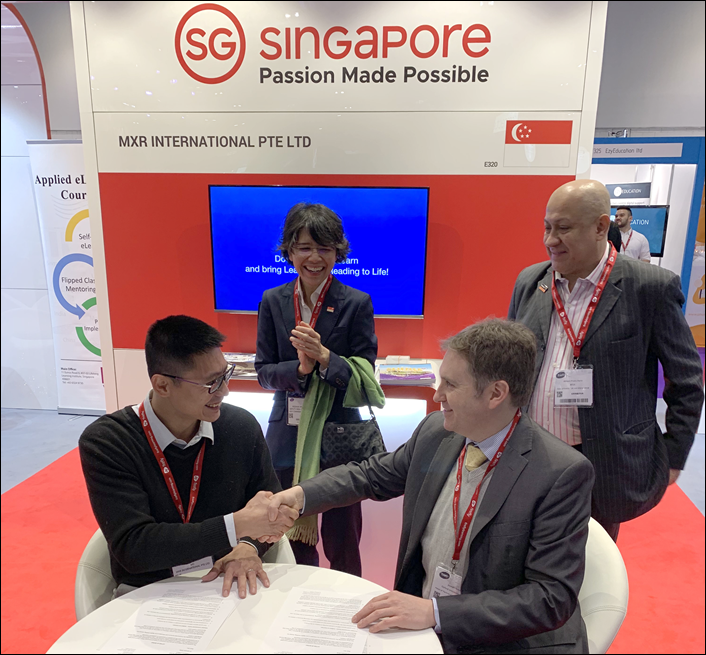 At the signing for an agreement on AR development in English language learning, MXRi’s Gerald Cai, left, is with, from left, Rozana Abdul Majid, deputy high commissioner of Singapore to the UK; Joseph Noble, OUP’s head of partnerships and innovation; and William Prieto-Parra, BESA’s head of events. Image: Oxford University Press

Publishing Perspectives readers are familiar with the AR development work by Gerald Cai of the Singapore-based MXRi and SnapLearn.

In an agreement with Oxford University Press, Cai’s company will work in development of augmented reality materials for the English-language learning market.

The project is described as providing OUP with “a scalable AR publishing tool customized to OUP’s learning design and innovation requirements. In media messaging, the publisher writes, “The collaboration will allow OUP to introduce new content experiences to their courses, with learners simply scanning their books to make the page come to life. They will get access to media and interactive digital experiences such as 3D models.”

The publisher quotes British Council predictions that by 2020, 2 billion people will use English or be learning it. OUP sees the worldwide market for English language learning valued at some $2.5 billion.

Cai’s MXRi is a company that grew from work at the National University of Singapore’s Mixed Reality Lab.

In a prepared comment, Cai is quoted, saying, “The current generation of learners is attuned to digital experiences even though reading itself is a fundamental skill in language mastery. With our SnapLearn AR platform, text and images comes to life in 3D in a seamless manner. This is why we are so excited to partner with a global leader like OUP to potentially transform language learning.”

And speaking for OUP, Joseph Noble, head of partnerships and innovation, says, “For millions, learning English is the gateway to new opportunities worldwide. Augmented reality promises to unlock a new dimension of learner engagement as it offers a unique bridge between the physical world and digital experiences. We want to set new benchmarks for the content quality and learner experience that OUP is world renowned for.”

The new agreement was signed during the BETT program in London in January, with the British Educational Suppliers Association’s William Prieto-Parra (BESA) joining Singapore’s deputy high commissioner to the UK Rozana Abdul Majid.

More from Publishing Perspectives on digital publishing is here, and on augmented reality is here. More from our Industry Notes series is here.