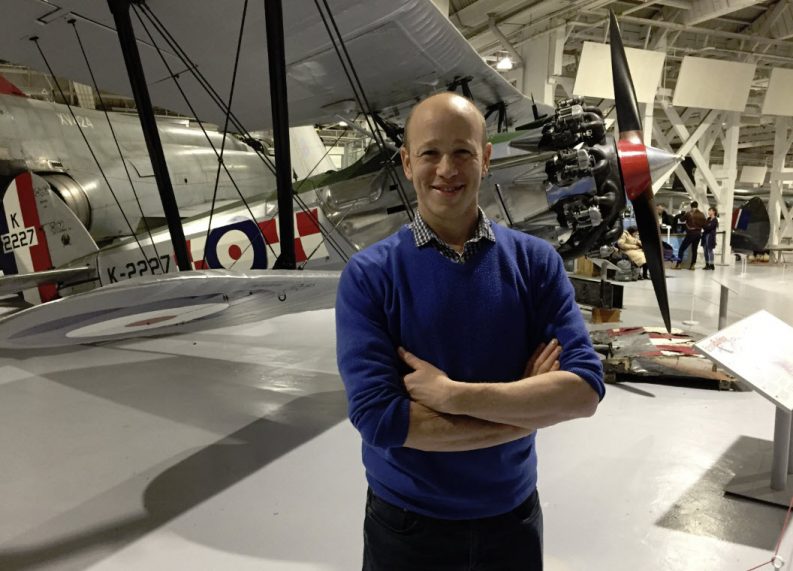 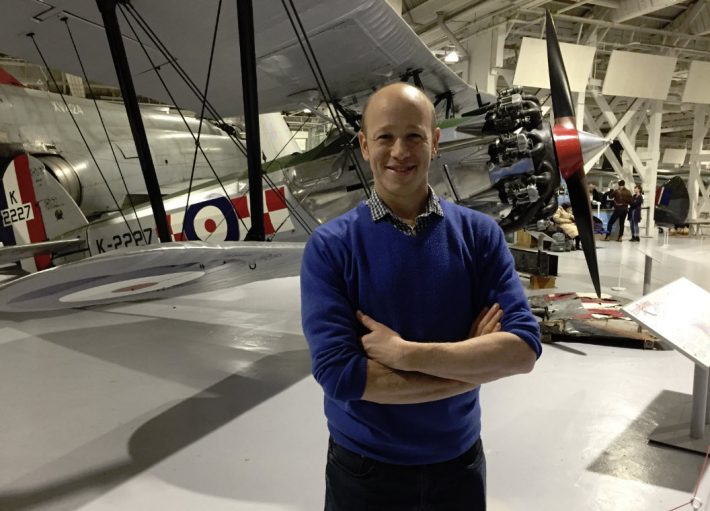 Four Titles To Mark the Anniversary

It’s perhaps the most famous prisoner-of-war escape story in the world, helped, of course, by director John Sturges’ iconic 1963 film The Great Escape, which became almost as famous as the events it portrayed.

On the moonless night of March 24, 1944, a total 76 Allied servicemen escaped from the Luftwaffe-run Stalag Luft III, a German prison camp for captured airmen just outside Żagań, in what is now western Poland. 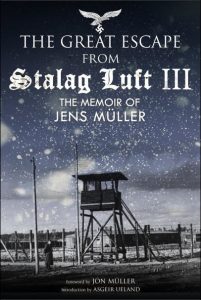 Only three of the 76 were to make it home. Of the 73 captured, 23 were sent to other camps and 50 were executed on Hitler’s orders.

The details of the escape are the stuff of legend. Over the course of a year, three tunnels were dug—and dubbed Tom, Dick and Harry—with the earth famously being kept in socks and then shaken down trouser legs and trodden into the ground by the prisoners as they walked between the camp huts.

During the escape itself, only the tunnel called Harry was used, the escapees being pulled through the 320-foot tunnel on an ingenious wooden railway passing junctions called Leicester Square and Piccadilly Circus where they changed to the next track. Ventilation was provided by an improvised bellows which used an old kit bag and springs converted from a chest expander.

Publishing Perspectives has spoken with Greenhill managing director Michael Leventhal, whose father Lionel started what would become the London Book Fair. He created the Specialist Publishers’ Exhibition for Librarians in 1971 with 22 exhibitors. The event would be named the London Book Fair in 1977 and in 1985 was sold to Industrial & Trade Fairs which later became Reed Exhibitions.

We begin our conversation with Michael Leventhal by asking about the books he prepared for the 75th anniversary of the Great Escape. 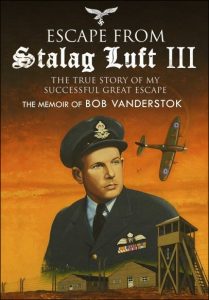 Michael Leventhal: I’m proud to be publishing memoirs by two of the three people that actually made “home runs,” Jens Muller and Bram Vanderstok. Their publication in English will finally set the record straight.

I grew up believing the successful escapees were Charles Bronson [playing a Polish digger called Danny “Tunnel King” in the film]; James Coburn [as an Australian named Sedgwick the “Manufacturer”]; and John Leyton [as the British RAF tunnel designer Willie].  In reality it was two Norwegians, Muller and Peter Bergsland, and a Dutch pilot, Bram Vanderstok.

I’m also publishing a full history of the escape by Jonathan Vance, a book that explodes ongoing myths. There’s also a comprehensive collection of contemporary and modern photographs from the camp, many of which have never been published before.

Publishing Perspectives: What happened to the escapees after the war?

ML:  All three kept flying. Seventy years’ on, Vanderstok still holds the record as the most decorated aviator in Dutch history. After the war, he practiced medicine and worked with the US Coast Guard Auxiliary, participating in more than 160 rescues. He died in 1993.

Jens Muller continued to work in aviation in Norway. The company he worked for eventually became SAS Airlines. And Per Bergsland worked in the aviation industry in Norway until the early 1980s.

PP: What’s the latest news on rights deals for all four titles? 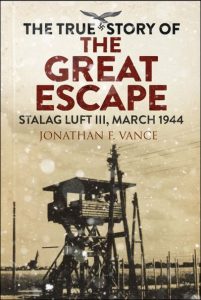 I’m in discussion with a number of other European publishers and we’ve had interest from Korea.

I bought world English rights for the Muller account from the original Norwegian publisher, Gyldendal. I was amazed and delighted when Muller’s son Jon told me that his father had translated his manuscript into English, but that it had been sitting in a box gathering dust for 60 years.

PP: The film clearly had an enormous impact. Why do you think this story still has such a hold on the imagination?

ML: The film is based on reality. It’s packed with brilliant performances and the film takes time to properly develop each character. Is there anyone who doesn’t love watching Steve McQueen on his motorbike? [Muller had a Norton motorcycle in his native Norway, but the character played by McQueen, and the scene in which he attempts to jump the barbed wire fence on the motorbike, are fictitious].

I grew up watching The Great Escape on TV on Christmas Day. There was the same annual ritual for at least 10 years: the Queen’s speech followed by the film. I clearly remember watching every year, praying that Steve McQueen would somehow miraculously make it over the barbed wire fence.

PP: What else was planned for the 75th anniversary? 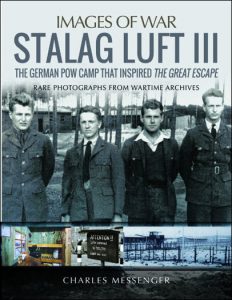 ML: In London, there was a major event organized for the night of the anniversary—a screening of the film, introduced by the historian Dan Snow and a Stalag Luft III veteran and featuring the original Steve McQueen motorbike.  The event was licensed to cinemas around the country.

The site of Stalag Luft III is now a POW Camps Museum. I know there was a 75th anniversary commemorative service scheduled for outside the Harry tunnel.  In Żagań there was a “Great Escape Cup Cross Country Run” planned.

PP: Tell us about Greenhill Books.

ML: My father Lionel established Greenhill in 1984. He’d already worked in publishing for 30 years. He set up Arms & Armour Press and was responsible for establishing the Specialist Publishers’ Exhibition for Librarians in 1971, which was renamed and became the London Book Fair in 1977. I publish 25 military books every year.

PP: What’s the market like for sales and rights at the moment?

ML: We use Casemate for distribution in the United States, and they’re very good. I find that with rights sales there are surprising peaks and troughs. I had no Korean or Turkish interest in any books until last year, when rights for five titles were sold. The flip side is that Czech and Polish rights sales, which used to be very quick and easy, seem to be more trickier these days.

Getting publicity in the US is hard. You can’t expect to just ship books to another territory and watch them fly off the shelves. But it does help being a specialist.

More from Publishing Perspectives on the UK books market is here.

A version of this story is in our Spring Magazine, ready for your free download, having been produced to coincide with the London Book Fair, Bologna, and other events of the season. Trade visitors to London found a print edition available, also free of charge.

In the magazine, you’ll find issues and players who were important at this year’s London show and who will factor into other major fairs of the year, plus an early look at key points interest about the coming Frankfurter Buchmesse (October 16 to 20).