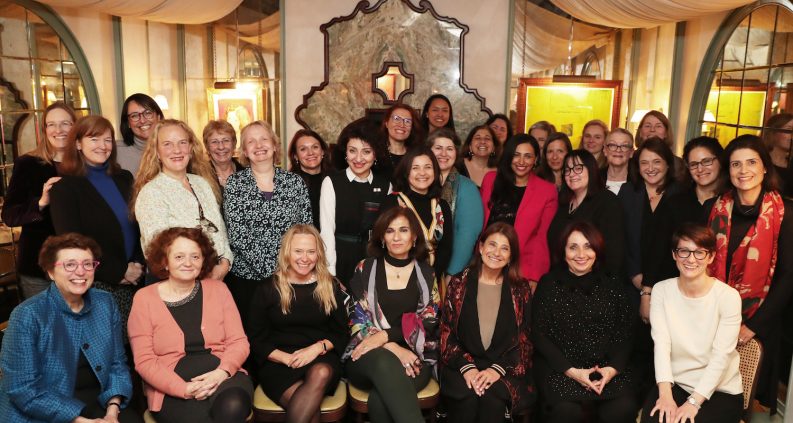 Working to build a global, supportive community of women in publishing, the first PublisHer’s dinner brought together some 30 women making a difference in the book business. 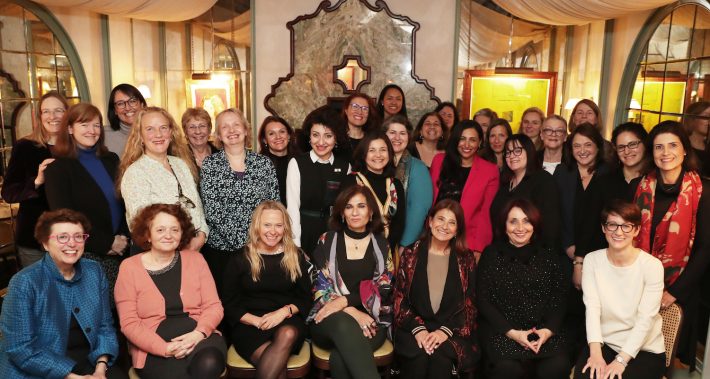 Attendees at the 2019 PublisHer’s dinner in London. Image: Nabs Ahmedi

During book fairs like those in London and Frankfurt, plenty of networking and social dinners take place, but during this year’s London Book Fair, a different kind of gathering was organized by the Sheikha Bodour Al Qasimi, vice president of the International Publishers Association (IPA), and Maria A. Pallante, president and CEO of the Association of American Publishers (AAP): the first PublisHer’s dinner.

“The global publishing industry boasts a lot of brilliant, inspiring, and courageous women, but not enough of them are in the leadership level, a situation many stakeholders are working hard to redress.”Bodour Al Qasimi

On March 12, some 30 women leaders in publishing gathered for the event in London for, as the invitation said, “celebrating women in publishing, inspiration, and networking.”

One outcome of the dinner was an affirmation that there’s a strong community of women influencing the future of book publishing, and bringing some of those women together made this community more tangible.

Another result: consensus that the book industry needs more women in leadership roles.

In her opening remarks to kick off the evening’s discussions, Pallante said, “I would like to share a quote from one of my heroes, Ruth Bader Ginsberg, who sits on the Supreme Court in the United States. ‘Women belong in all places where decisions are being made … It shouldn’t be that women are the exception.’

“Well, tonight in this room we are not the exception, and I hope that you will all take a moment to enjoy this fact because—as we all know—women’s voices are important to all parts of the publishing business and we need to support one another.” 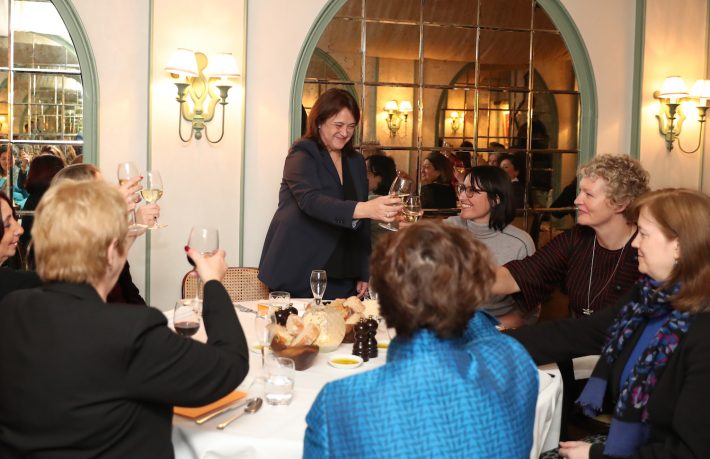 Focus on Diversity and Gender at Publishers Associations

Diversity and equal opportunity are issues that both the IPA and the AAP are taking seriously. In a previous interview with Publishing Perspectives about the IPA’s upcoming goals for 2019, Bodour said, “The publishing industry has a diversity problem, and it’s more important than ever that we take action. In many countries, our sector is not welcoming to outsiders, whether they’re female or from other disadvantaged groups.

“Do we take time to recognize the good work of women? In meetings, do we sufficiently acknowledge the expertise and input of women?”Maria A. Pallante

“The UK Publishers Association is emerging as a leader in addressing diversity issues,” Bodour said. “We plan to meet with our UK colleagues on the sidelines of the London Book Fair to see how we can work together to support other IPA members in taking action on our industry’s diversity challenge.”

The AAP is one of the IPA member-associations looking to take action on these issues.

Pallante told Publishing Perspectives, “At AAP, the board of directors recently highlighted diversity as one of the only issues we should prioritize beyond our external policy agenda, which is otherwise focused on intellectual property, freedom to publish, and competitive online markets. We have a couple of small programs, but it’s time for us to set meaningful objectives, including when it comes to helping more women lead.” 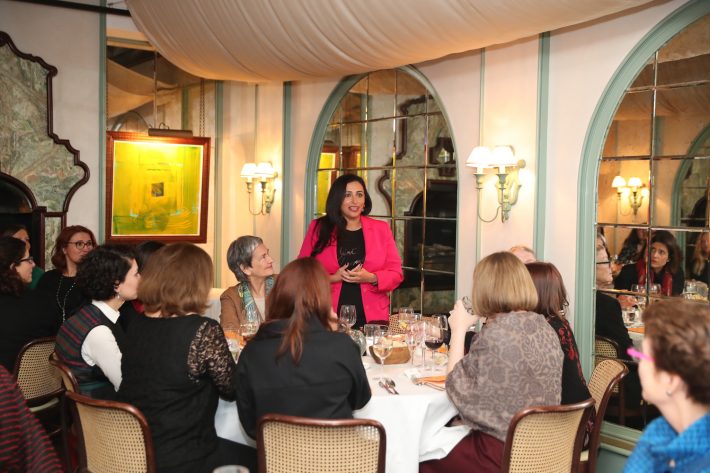 ‘Toward a More Inclusive and Diverse Representation’

So what are some of the steps that we can take to ensure that women get a seat at the decision-making table and receive acknowledgement for their contributions to publishing?

“Events such as the PublisHer’s dinner give aspiring women the opportunity to network, create momentum, and to push the needle toward a more inclusive and diverse representation at the top of publishing companies.”Bodour Al Qasimi

The dinner was a one such step, said Bodour, who is the founding president of the Emirates Publishers Association. “The global publishing industry boasts a lot of brilliant, inspiring, and courageous women, but not enough of them are in the leadership level. This is a situation that many stakeholders in the industry are working hard to redress.

“Events such as the PublisHer’s dinner give aspiring women the opportunity to network, create momentum, and to push the needle toward a more inclusive and diverse representation at the top of publishing companies around the world.”

Pallante agreed, saying after the event, “We shouldn’t underestimate the power of simply having dinner together and sharing stories. Creating a global community of women is an important and inspiring objective, in and of itself.”

However, Pallante also stressed in her remarks at the dinner that it’s not just the formal events and bigger initiatives that deserve attention, but also our everyday interactions.

“I … challenge myself and everyone here,” she said, “to be more aware of the smaller interactions that occur in the workplace on a daily basis.

“Creating a global community of women is an important and inspiring objective, in and of itself.”Maria A. Pallante

“Do we take time to recognize the good work of women? In meetings, do we sufficiently acknowledge the expertise and input of women? No matter where we are in the career chain, do we prioritize our roles as mentors to other women?”

Several ideas were put forward at the PublisHer’s dinner about how the industry can better support and recognize women in publishing, and plans are underway to announce some of those ideas soon.

More from Publishing Perspectives on women in publishing is here, and on the London Book Fair is here.