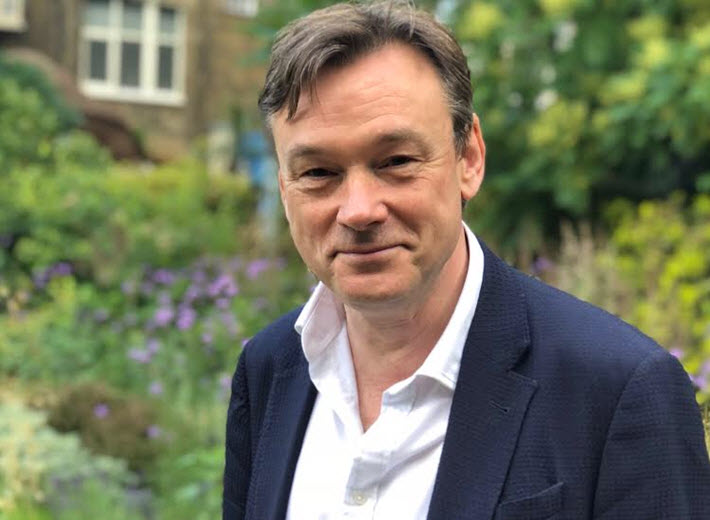 The chief of the UK’s 90-year-0ld Faber & Faber will tell the Quantum audience at the London Book Fair that however troubling Brexit’s confusions may be, publishing holds the world’s ‘editorial centrality’ in its hands: and that means it has a job to do. 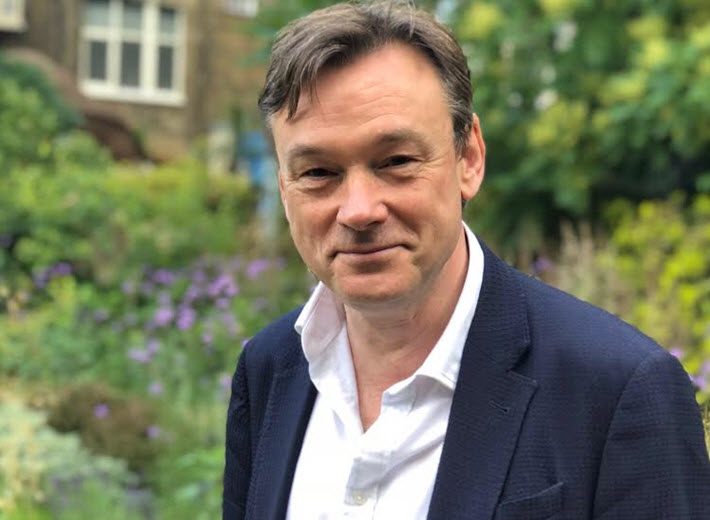 ‘Ripples That Go Much Further, Much Faster’

In a potentially fateful month when “we’re politically remaking ourselves around an issue that’s very fractious and divisive,” says Stephen Page, “it’s been very difficult to plan” for Brexit’s approach.

And yet on this first day of March, Faber & Faber’s publisher and CEO says he’s struck by “the real belief that we have a responsibility to our society, to the cultures we’re part of.”

Quantum, programmed by London Book Fair’s conference director Orna O’Brien, is this year themed “Inspiration Informed by Data.” And in his opening keynote address on March 11 at Olympia London, Faber’s Page says he need not dwell on Brexit and its profound uncertainties for publishing and the other creative industries.

While the new realities of data in the business mean “The pebbles we throw into the pond have the capacity to create ripples that go much further, much faster,” he says, “I think it’s also a moment for publishers to identify the truth that we’ve been living in a fairly commercial environment.

“We’re now moving into one that’s far more serious in terms of the collision of ideas and the need for stories, the need for writers to be published freely, courageously. Cut us and you’ll find it–deep down in the publishing communities of the United Kingdom, the United States, the European countries—there’s the real belief that we have a responsibility to our society, to the cultures we’re part of.”

“Book publishing has always been about getting something started. And then the readers take over.”Stephen Page

You’d think, of course, that in “The Writing of Modern Life Since 1929″—as Page’s Faber & Faber is branding its 90th anniversary celebrations this year—the publishing home of Eliot, Pinter, Plath, and Beckett, would have seen it all. And to a degree, yes. “We have to say we’ll cope” with Brexit, Page says with a genial laugh, “as we have always cope.”

But this year is, unquestionably, different.

At this writing, in Lucy McNulty’s narrative at the The Wall Street Journal, the epically embattled Theresa May might find backing for her deal if she agrees to step down, per The Sun and Buzzfeed. And The Guardian’s report has European officials warning that if the UK delays Brexit, it can do so only once.

“In the end,” Page says, “one of the great calamities of this whole conversation, whichever side you stand on, is the uncertainty.”

But with almost a century’s resilience at Faber, one of the most elite independent literary houses in the world, Page says he also discern new assurance for the industry, and “a rising moment for publishers.”

“There’s been a riot of who-does-what across the writing-to-reading arc” in recent years, Page says.

“That, I think, has caused a bit of thought on our part, and it should, of course, about what it is we’re really here for? What is our use? In this environment today, what are the things that we must be singularly expert at to be sure we’re of value to writers?

“If we’re valuable to writers, then we have a role. Alongside that, if you bring design flair to the creation of the object, be it a printed book or marketing presence—and don’t commodify—you’re a contributing in a major way to creating a place in the world for that writer’s work.

Page takes as his example the arrival of Charles Monteith at Faber in 1954. “Within five or six years, we were publishing William Golding, John Osborne, John McGahern, Philip Larkin.”

“What’s so interesting about that, as well,” he says, “is that a sense of being relevant in the culture is not just about publishing new writers, it’s about creating an environment in which your existing cohort of writers feels it’s in a place from which their new work will be presented to the world urgently, and with a sense that they’re in the company of new writers–and the new writers feel they’re in the company of writers they admire, writers who have defined them as artists.”

“Deep down in the publishing communities of the UK, the US, the European countries, there’s the real belief that we have a responsibility to our society, to the cultures we’re part of.”Stephen Page

While he concedes that this is a relatively purist viewpoint, he says that the business of books–which he notes these days has him meeting more than in the past with players from the film and television community–is actually being redefined, as well, since Geoffrey Faber said that the ways of getting a book noticed are limited.

“Today,” Page says, “our issue is not limitation, it’s superfluity. There’s so much published and there are so many potential ways to get people to hear about things, that it’s just hard to get people’s attention.”

In studying “the stories that weave in and out of the history of a company like Faber,” Page says, when he looks for the most essential elements of the house’s fabled success stories, “it’s eternal: editorial and design are central.”

And when Page weighs these questions—not only amid a proliferation of publishing options and digital developments but also amid widening opportunities for writers in film, television, gaming, and other storytelling entertainments—he arrives at one more fundamental importance for the industry, which he describes as “our relationship to government and in the global relationships we have to copyright.

“Music and visual media probably have a bigger problem than we do in books with this. But it’s important, our being shoulder to shoulder around issues like intellectual property and our relationships with those extraordinary and exciting new forces in the world,” he says, referencing both political and corporate tech powers: “the forces that if untamed and ungoverned will not choose things that are in all our interests.

“I think it’s really important that we’re joined up as one of the creative industries.” 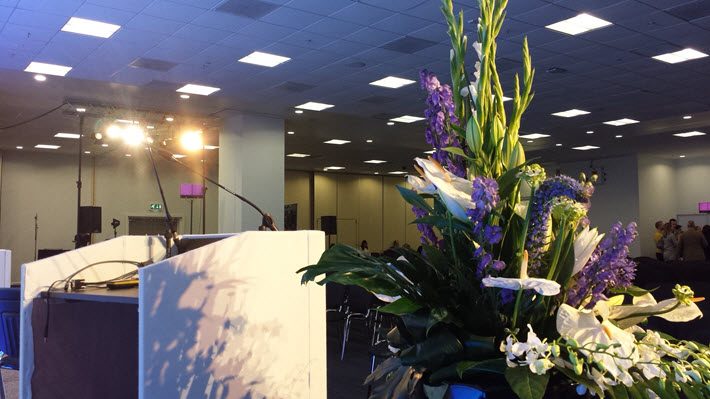 ‘A Rising Moment for Publishers’

As for “the idea that we’re not the only option” in publishing “for writers and musicians and filmmakers, that’s actually a liberating and good thing,” Page says. “And it throws the light back on the question of why are we’re here and what we have to do.

“Our relationship to government and in the global relationships we have to copyright: It’s important, our being shoulder to shoulder around issues like intellectual property.”Stephen Page

“While we love to serve readers, the real issue is to serve the writing and the writers and to be expert in creating value for them in ways they can’t do for themselves. And that makes us worthwhile. We’re doing so in a changing world, but when we look at the direction of travel and why publishers have continued to thrive, it has to be about being the writer’s first partner.”

Writers, Page says, must look at publishing and say, “I want to partner with publishers around the world so they can create value for me and audiences, and that they’ll do that in sympathy with my work and with my interests at heart.”

And when he seizes on that “eternal” vision of the editorially centered value and collaborative partnership for publishing with its authors, Page says, despite the ominous political landscape in which it finds itself today, “I feel so fresh and full of excitement and interest about the world we’re in. There’s so much opportunity and so many reasons to stand up today for what publishing stands for.”

He recalls a friend’s wry comment once about the differences faced in the modern market by music and book publishing: “Most people listen to music.”

And, of course, publishing, as Page says, “is about reading, and social media has been such a gift for us because of the extraordinary plurality of publishing, the extraordinarily personalized nature of it now—there are books for everybody. This means that people can broadcast their love of books.

“It’s about creating an environment in which your writers feel they’re in a place from which their work will be presented to the world urgently.”Stephen Page

“Book publishing has always been about getting something started. And then the readers take over.”

Page enters 2019 with his company in a position of strength, its 2018 report solid. But he knows how loud the geopolitical thunder is getting. Concern never quite leaves his voice.

“So it’s a time to remember our cultural responsibility,” says Stephen Page. “Publishing can take some pride in being a part of society that’s interested in ideas and in trying to move the culture along. This is a rising moment for publishers,” when it becomes clearer what it is they’re here to do.

“I’ve never felt quite that so acutely as I do now.” 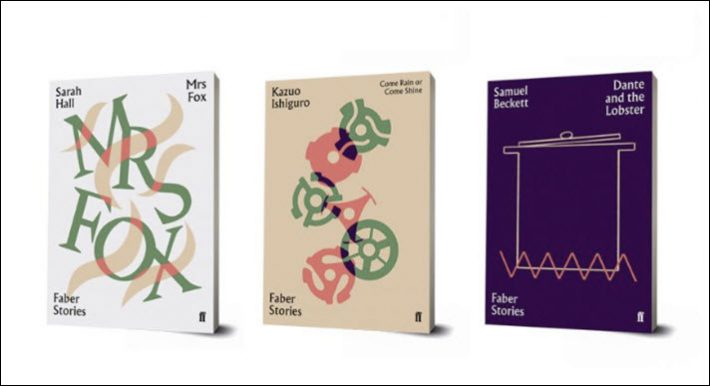 As part of its 90th anniversary observances, Faber & Faber has launched a series of single volumes ‘showcasing masters of the short story form at work in a range of genres and styles.’