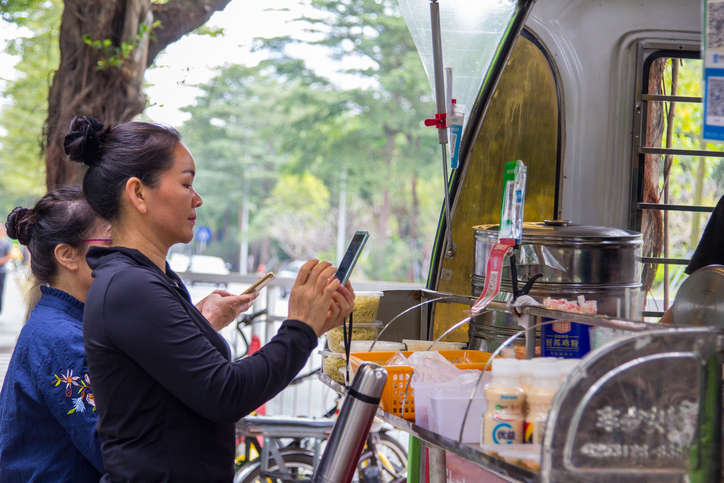 Movie-driven science fiction tops China’s bestseller lists in February, and we have news on the fast rise of ‘paid-for content’ in China. 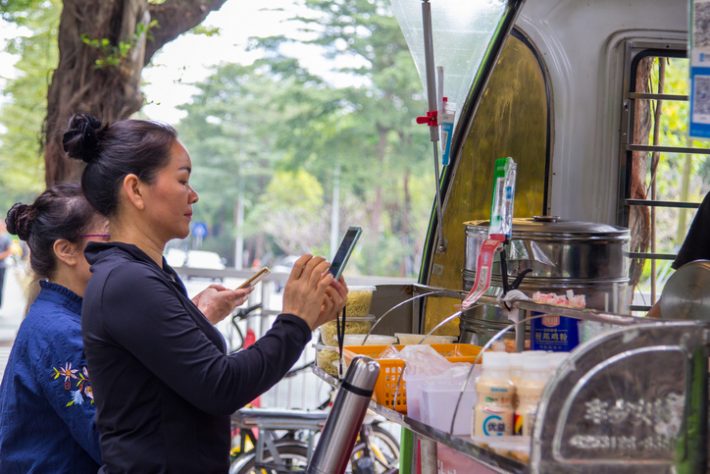 In Shenzhen, customers use their smartphones to pay for goods at a street booth, the sort of cashless payment that Zhao Zizhong spoke about at the 2019 London Book Fair’s Quantum conference in his presentation on ‘paid-for content.’ Image – iStockphoto: Yuelan

While not the material we track with the help of OpenBook’s research staff in Beijing, “paid-for content” is a significant sector of the Chinese market, as was clear from a presentation made at London Book Fair’s Quantum conference earlier this month.

Zhao Zizhong of the Communication University of China said in his address that one of the key factors in the development of the market for this material is that it responds to the shifting dynamics of the country’s highly digital consumer base. Among those elements:

As an example of what paid-for content might be, Zhao used the Quantum audience itself at the Olympia London conference center, pointing out that the content of the day’s presentations and discussions might be bundled into a salable product and offered to those who attended and those who couldn’t as paid-for content. 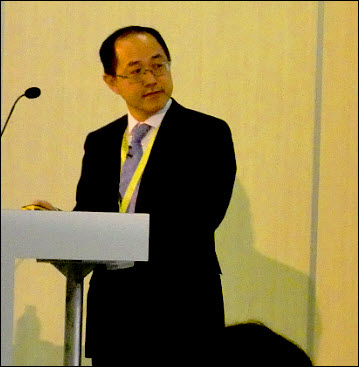 “China’s paid knowledge-sharing platforms vary in form and are capable of reaching a broad range of distribution and/or information-sharing channels. Despite certain functional overlap, these platforms can be broadly categorized into four types:

“For publishing houses,” Zhao said, “China’s paid knowledge market is an unexcavated gold mine in potential opportunities. On the one hand, this is a market of with 1.2 billion potential consumers; on the other, global capital is promising and pouring in. At present, the scale of content-paying users in China continues to grow, from 48 million in 2015 to 292 million in 2018. The market size is expected to grow from 4.91 billion in 2017 to 23.51 billion in 2020.”

“In the capital market,” Zhao said, “Himalayan FM, which is an [Key Opinion Leader] Papi Jiang received an investment of US $1.8 million.”

And in some cases, international partnerships are in place, he said, mentioning specifically one between Penguin Random House and Himalaya FM. The paid-for content providers, he said, are looking for content from Western suppliers. 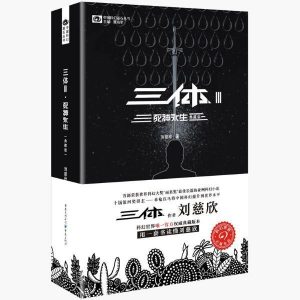 If anything, the rising tide of paid-for content means, as many Publishing Perspectives readers might realize, a new kind of competition to parts of the book industry–not least because, as our monthly charts indicate, China’s traditional bestseller lists change slowly and frequently include older material being cycled back through the charts.

For example, in February, we see Liu Cixin’s The Wandering Earth enter the fiction list at No. 5, and yet accompanying it was Liu’s best-known title, long a presence on many lists, the 2008 publication of The Three Body Problem, this time back up to No. 1 from January’s No. 3. As our associates at OpenBook point out to us, no fewer than six editions of Liu titles are in the Top 30 for February.

The book-to-film track that we follow closely these days in the West is well in play in China, too. The film adaptation of Liu’s The Wandering Earth was released to time with the Chinese New Year holidays, so that it shot to the top with Wu Jing in its starring role and, as of March 5, more than 4.5 billion yuan at the box office, or US$669 million.

In nonfiction, we see that trend toward titles to cycle back onto the charts from before.

We saw in February the return to the lists of: