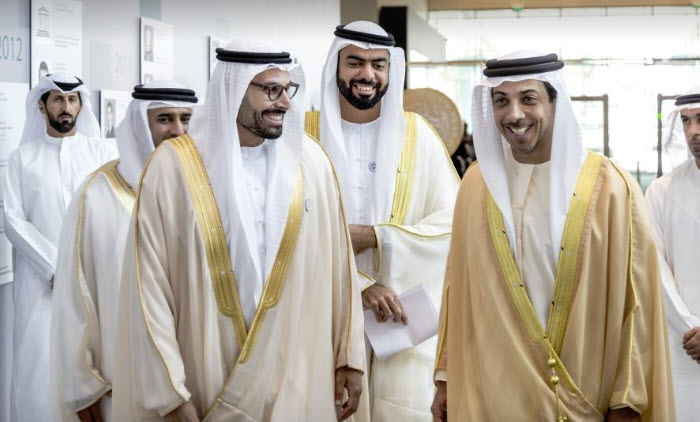 ‘Attracting attention to new works of literature in Arabic and emerging authors writing in Arabic,’ says Allison McQaudy Al-Masri, is one of the best functions of awards programs in Arabic literature. 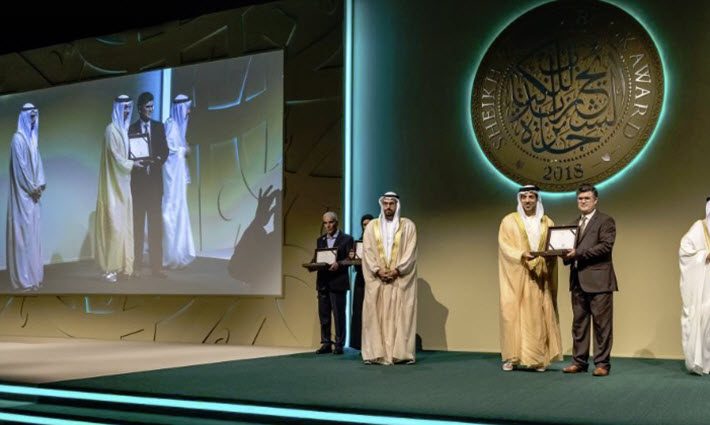 Translation: ‘A Personal Act of Interpretation’

As the 2019 awards season begins to gather speed, we return to the Sheikh Zayed Book Award, following our report on February 11 on the 2019 shortlist announcements.

At stake is a purse of 750,000 United Arab Emirates dirhams (US$204,176) in each of eight book categories. The Cultural Personality of the Year carries an award of 1 million dirhams (US$272,235). In every case, a winner is also given a gold medal with the award program’s logo and a certificate of merit.

We spoke with Paula Santillán Grimm, another new member of the “scientific committee,” which functions to appoint jury members for its various prize categories and to oversee the cultural and textual integrity of one of the world’s wealthiest awards in literature.

Today, we have a chance to speak with another new scientific committee member, Allison McQaudy Al-Masri, who holds a bachelor’s degree in political science and Middle East studies from New York University, and a master’s degree in Middle East Studies from Harvard. She also has translated Arabic poetry into English for publication in Banipal magazine in the UK, and is a writer of doctoral summaries about Arabic literature.

Each of the Zayed award program’s nine committees comprises three to five jurors selected by the scientific committee. In every case, the deliberations of these jurors are meant to answer the program’s over-arching goal, “to encourage greater scholarship and creativity by recognizing and rewarding significant cultural achievements in Arabic culture.”

We begin our conversation with Al-Masri by asking about her work translating Arabic texts into English. 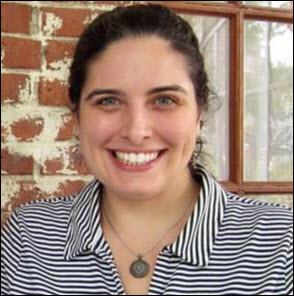 Allison McQaudy Al-Masri: It’s always a privilege when a writer trusts me to translate his or her work into English. Literature is made powerful through the details of word choice and order as much as it is through the broader images or meanings conveyed. This is especially the case with poetry. So, I feel a great responsibility to capture as much of that as I can, even while recognizing that translation is, by its nature, also a personal act of interpretation and creation.

Banipal’s contribution to the advancement of Arabic literature in English over the last 20 years is incalculable. It provides exposure for writers and poets currently unknown in the English-speaking world while expanding the reach of already well-celebrated literary greats writing in Arabic.

It also connects young scholars of Arabic literature with the women and men producing that literature, facilitating these mutually beneficial relationships.

PP: Having done both undergraduate and graduate work in Middle East studies, can you give us a quick sense for how you see the educational offerings in the field today? Is the political climate making more students interested in working in Middle East and Arabic fields? 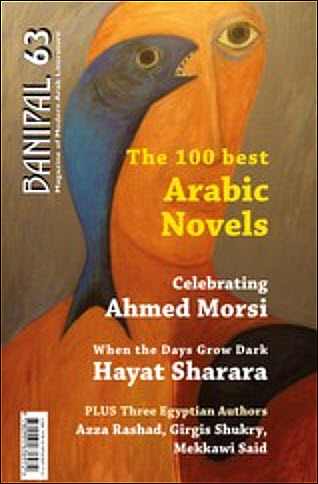 The latest edition of ‘Banipal’ magazine

AMAM: The field of Arabic literature is more exciting than it’s ever been. Scholars are doing so much interesting work through the adoption of interdisciplinary approaches, putting Arabic literature into conversation with work being done in comparative literature; Silk Road studies; the digital humanities; women, gender, and sexuality studies; refugee and forced migration studies; disability studies; and the environmental humanities—one of my own areas of research interest—among other fields and disciplines.

And the increasing availability of English translations of classical, modern, and contemporary works of Arabic literature means that it’s now more widely accessible in colleges and universities and at home for the casual reader.

PP: In terms of the Sheikh Zayed Book Prize, what’s your sense for why Arabic literature hasn’t moved into other languages more rapidly over the years?

AMAM: That’s a hard question to answer. From my perspective, one of the most valuable contributions of the award is the role it plays in attracting attention to new works of literature in Arabic and emerging authors writing in Arabic.

Such a focus increases the likelihood of a work being translated into English and other languages. The more translations available, the more natural the choice becomes for teachers and professors to incorporate Arabic novels, short stories, poems, and other literary texts into curricula and syllabi.

I didn’t come into contact with Arabic literature until I was an undergraduate at NYU. And my first encounter wasn’t in one of the classes I took as part of my undergraduate majors in Middle Eastern studies and politics. At the time, all students were required to enroll in both a “Conversations of the West” course and a “World Cultures” course as part of the College of Arts and Sciences’ core curriculum.

The “Conversations of the West” course I took was on “Antiquity and the 19th Century.” The “World Cultures” course was meant to serve as a complement that exposed students to the literary traditions of the non-Western world. The course I took was on Africa—a category at least as problematic as that of “the West.” But it was in that course that I read Egyptian writer Alifa Rifaat’s short story collection Distant View of a Minaret alongside “The Epic of Sundiata” and Chinua Achebe’s Things Fall Apart.

PP: For those in our readership who haven’t read Arabic work, can you put your finger on any characteristics that seem to be pervasive in this literature?

“Modern and contemporary Arabic novels are, for the most part, deeply engaged with the political and social contexts within which they’re written. Literature is often utilized as a space for critique.”Allison McQaudy Al-Masri

AMAM: The term “Arabic literature” encompasses an unwieldy, incomprehensibly vast collection of trends, genres, and movements spanning continents and over a millennium of history. It’s impossible to even look to language as a truly unifying element given the variety of registers and dialects of Arabic. And surely it doesn’t make sense to say that a novel written by an Algerian in Arabic about French colonialism, for example, has more in common with pre-Islamic poetry from the Arabian Peninsula than it does with a novel written by another Algerian in French about the same experiences.

I will say that modern and contemporary Arabic novels are, for the most part, deeply engaged with the political and social contexts within which they’re written. Literature is often utilized as a space for critique.

For example, in my own current project on writing the environment in the modern and contemporary literature of North Africa and the Middle East, I look at novels and literary autobiographies that record and condemn the destruction and transformation of the physical landscape as a result of environmental crisis, the exploitation of natural resources, and/or development. These texts urge the cultivation of an ethics of environmental stewardship.

PP: Can you name a couple of authors you might advise newcomers to Arabic writings to try? 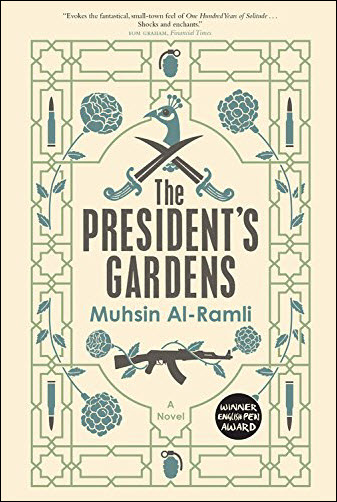 AMAM: As a starting point, I would recommend: 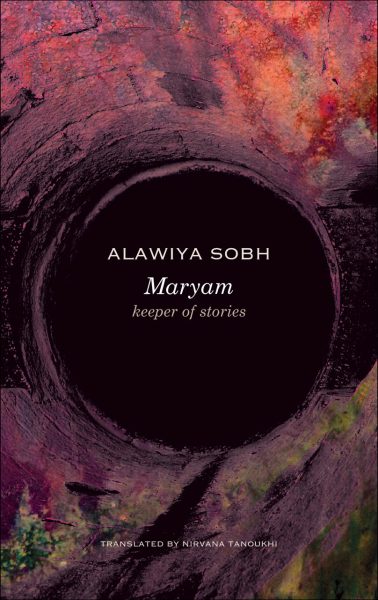 This is what comes to mind. Of course, I could go on and on.

PP: And what do you feel could be the biggest benefit to a wider discovery of Arabic literature on the world stage?

AMAM: In my view, expanding the reach of Arabic literature is a process.

Yes, book-to-film adaptations and celebrity endorsements would smooth the way and would certainly be beneficial, but I’m not sure how far-reaching the impact of this kind of sudden exposure would be. I don’t think it’s useful to rely on it.

Instead, the more gradual but ever-steady work being done by prizes like the Sheikh Zayed Book Award and the International Prize for Arabic Fiction; publications like Banipal magazine; individuals like Marcia Lynx Qualey through her ArabLit blog; and teachers and professors in the classroom ensure that works of Arabic literature find their way onto new bedside tables, bookshelves, and e-readers every day. 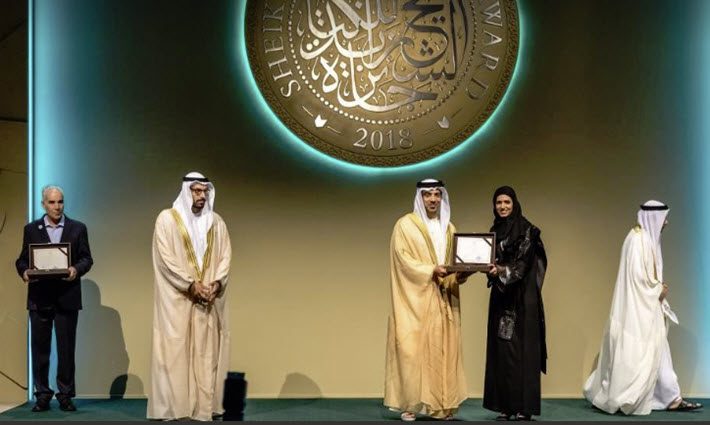 The annual award program for the Sheikh Zayed Book Award is set for April 25, in the Louvre Abu Dhabi’s Plaza Auditorium.