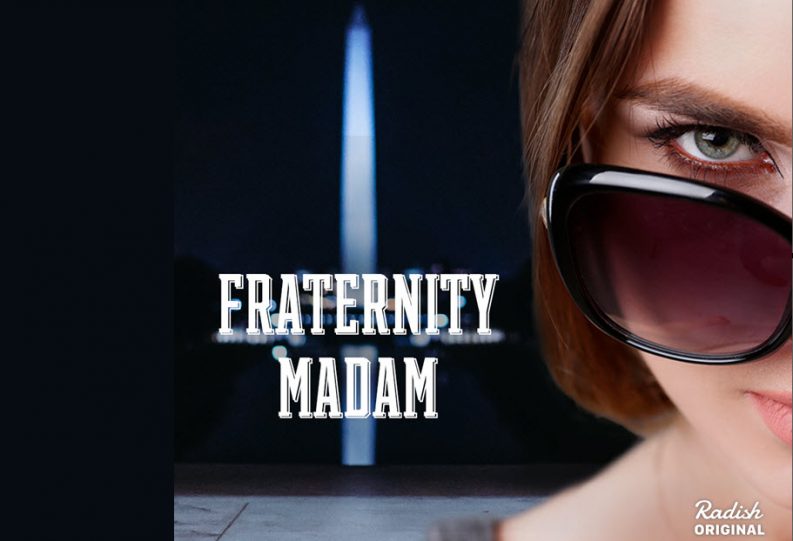 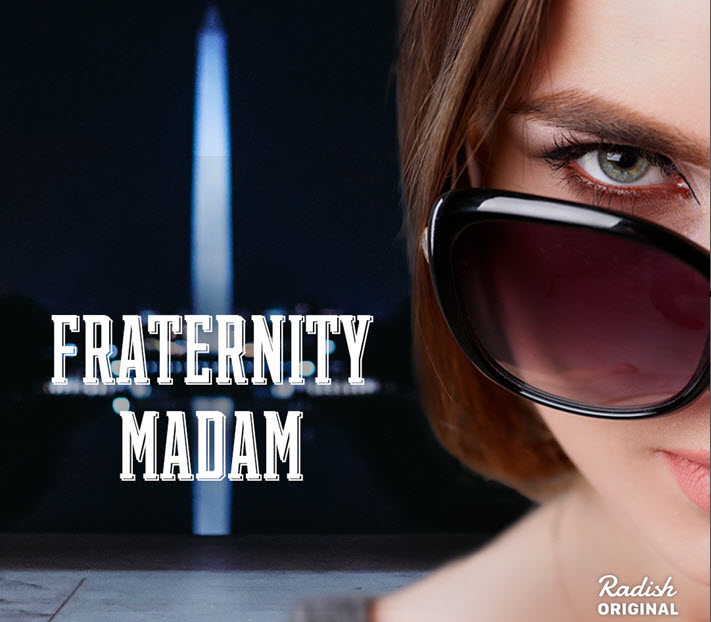 ‘A Game-Changing Model for Text Entertainment’

Many in the Western book publishing industry still are trying to wrap their minds around the size of “online writing” serials in Asia. In China and Korea, millions of fans make micropayments to writers for incremental updates in their serialized stories.

One such platform, however, is taking its success in a different direction that could turn book-to-screen mapmakers on their heads.

Korean entrepreneur Seung-yoon Lee, Radish’s founding CEO, launched the service on Valentine’s Day 2016 and has spent three years building up to the advent of what he calls “Radish Originals,” which he says have been part of the plan all along.

The New York City-based company’s materials point out that Lee has raised some US$5 million in seed funding from backers including Greylock, Lowercase Partners, Softbank Next Media Innovation Fund, and one company publishing knows well: Bertelsmann Digital Media.

Having watched the Radish service grow to some 700,000 users and top author income reaching a reported $43,000 monthly, Lee tells Publishing Perspectives, “I’ve always been inspired by how Netflix innovated the video entertainment industry with its integration of production and distribution, and [I] wanted to build such a game-changing model for text entertainment as well.” 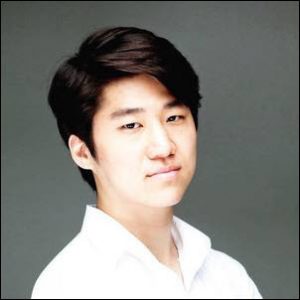 His response to the Netflix model, these Originals, is closer to television than you might expect: Lee has hired a former executive at ABC Daytime Television, Sue Johnson, to create a “writers’ room” with veteran soap-opera screenwriters to develop seasons of cliffhanging serials as premium, professionally produced content. Closely associated with All My Children, Johnson now talks of such productions as Fraternity Madam, Paging Prince Charming, Blood Brothel, Heart of Dragons, Lies I Tell My Sister, and Vampire Prep.

“We originally debuted 20 pilots of five episodes each” last fall, she says. “Of those 20, we went forward with a full season—20 episodes each—of the six top-performing stories.”

Of those six stories, three are currently in their second seasons, Fraternity Madam and Heart of Dragons with Vampire Prep having just opened its second season on February 11. A second round of 10 five-episode pilots is going to the platform now through March. “Once we see the results of these pilots,” Johnson says, “we’ll determine which of those 10 will get a full season order. We’ll continue this piloting process going forward,” with Fraternity Madam going to a daily release schedule soon, she says.

‘Tremendous Traction in China and Korea’ 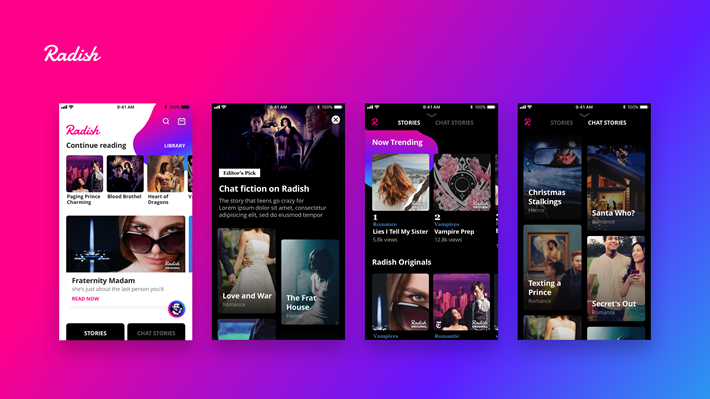 How is Johnson getting the sheer volume of material she’s talking about so quickly?

For one thing, these “episodes” are 10 minutes long in reading time. Radish readers are accustomed to short bursts of story on their smartphones. 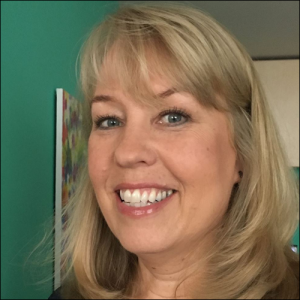 And the real secret, of course, is veteran writers, six of them, direct from the soaps. Her starter team includes Jean Passanante, Addie Walsh, Leah Laiman, Tom Casiello, Marlene McPherson and Lisa Connor.  Between them, they reportedly have 11 Emmy wins, 50 Emmy nominations, 15 Writers Guild Awards, and 42 Writers Guild nominations. Someone in that writers’ room has worked on each of the major afternoon weepies, from As the World Turns and Days of Our Lives to Search for Tomorrow and The Young and the Restless.

And if the titles of Johnson’s Radish Originals sound more lurid than the The Edge of Night or One Life To Live, we can point to the readers. The company is using A/B testing, not unlike that used by gaming studios, to gather data on reader responses. Apparently with enough blood and sex, they’ll follow you anywhere.

Things are moving fast. “Online serial fiction platforms with tremendous traction as I’ve seen in China and Korea like China Reading,’ Lee tells us, “had several initial years of slow growth. Wattpad also went through a similar phase. It does take time for these content platforms to get a hit and they go through lots of iterations to get the stellar growth they seek.

“We were lucky in that we were able to get more than 700,000 users and a writer with nearly US$800,000 in cumulative gross revenue without much marketing spend. With Sue’s leadership, I’m even more confident about our growth ahead with accelerating production of premium original content.” 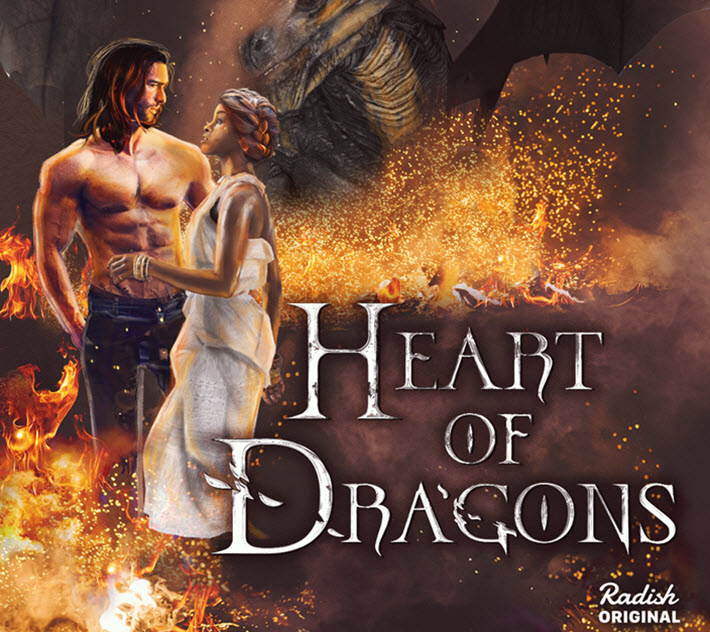 And here comes the boomerang potential. In publishing today, a lot of book folks are being told to go west, young men and women, because book-to-film is the yellow brick road to success in a world of “streamers” like Netflix, Amazon Prime, Hulu, iflix, and other content-hungry platforms.

What Lee and Johnson are doing is laying the ground for a round trip: TV writers ankle their daytime soap offices to write Radish Originals, which, in turn, Lee says, could well be some day headed for development as screen properties. Johnson and her writers, in other words, could be making a round trip as far as their careers go, from screen to text to screen. 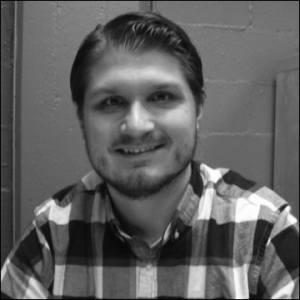 “I think the greatest potential of an original mobile serial fiction platform like us,” Lee says, “is in the intellectual property. While the development of TV and/or film is not a short-term strategy, that’s the direction that we ultimately want to move into.”

And while on the move, Johnson says she’s not missing those on-cam gasps and sighs from traditional soaps, either.

“Working without the visual element of television,” she tells us, “is incredibly freeing while also having a maximum impact. When creating stories, we aren’t hampered by budget. For example in the television world, an explosion at a formal event with 250 people can cost millions in production. For a Radish story, we can produce that same event in minutes with a few words and minimal financial and time expenditure. And we can change any element of that story (plot, character, cliffhanger, etc.) with a few keystrokes and nominal risk.

“In addition, when a person reads content versus watching content they have to employ their imagination. With well-written content, that consumer’s imagination will always be stronger than any visual provided. Bringing their own imagery will increase their focus, and the investment in the story will consequently be deeper.”

“First, because we have a lot of insight into the types of stories readers enjoy, as well as insight into how readers engage with those stories, we’re able to focus our efforts on creating the best possible stories made specifically for our platform. Because we make Originals in-house and can quickly test and iterate on the stories, we can gain an even deeper understanding about what does and doesn’t work. The speed of testing and iterating is important and we can execute more efficiently with a small internal team. Through Originals we hope to raise the bar for engaging, high-quality serialized fiction and pass our learnings and best practices onto Radish writers, which will benefit readers, writers and the platform alike.

“Second, we’re really excited about creating stories that this generation of readers can enjoy outside of Radish and across different mediums. Hollywood is starting to recognize the power and tastes of this demographic as evidenced by a number of recent major productions. We love creating stories for our audience and we’re excited about the potential of having a catalog of great exclusive IP that we know our audience loves and would enjoy on film, television or any one of the many emerging entertainment platforms of the future.”

‘Quickly Test and Iterate on the Stories’ 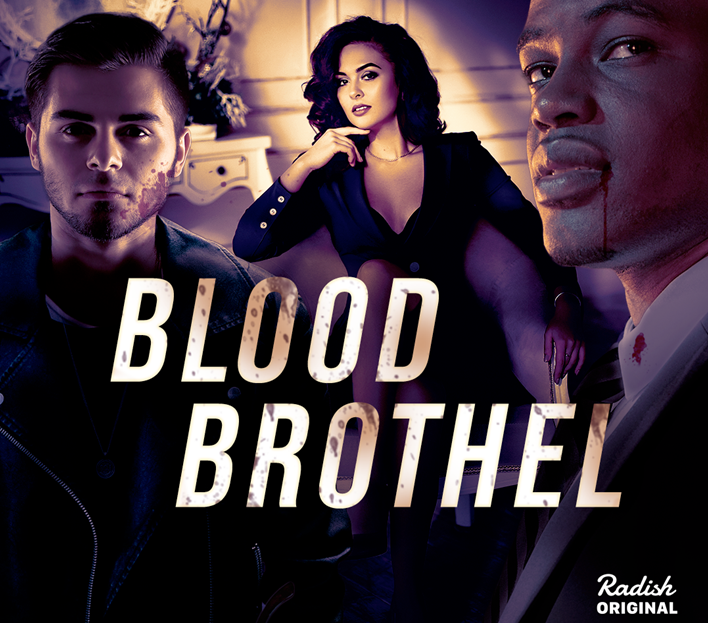 That theme you’re hearing through all these comments? Speed. The executives at Radish are all impressed with how much more quickly they can move in storytelling development than traditional elements of publishing and story generation.

Lee sums it up: “First, we put out 20 pilots in November and A/B tested these stories to our existing and new users. After seeing their retention and paying conversion rate, we greenlighted six stories for a full season. Then, the most successful batch of three stories were commissioned second seasons.

“Less than a month ago, we decided to daily serialize one of these stories [Fraternity Madam] because of its outstanding performance.

“This transition from a pilot to full season, second season, and ultimately daily serial only happened in the span of four months.  In contrast with Hollywood studios that have to put in an astronomical amount of production cost and time into creating a hit, we aim to be the leanest data-driven producer of entertaining stories.”

More from Publishing Perspectives on serialization is here, and on books-to-film development is here.