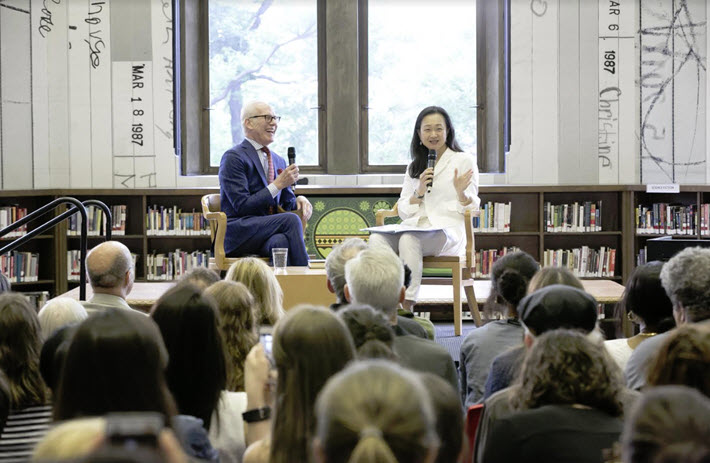 With support from the Andrew Mellon Foundation, the National Book Foundation’s ‘NBF Presents’ expands its events and widens its outreach. 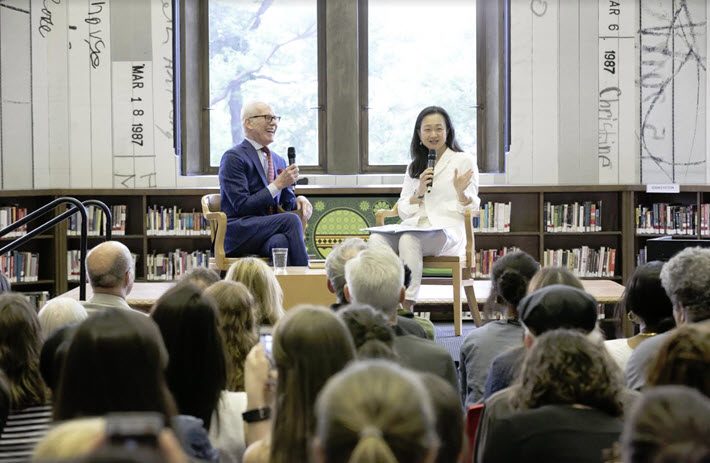 At one of the ‘Notes From the Reading Life’ NBF Presents events of 2018. Image: National Book Foundation

‘Bringing Together Authors and New Audiences’

The National Book Foundation’s spring NBF Presents lineup of two dozen events comprises sessions in many parts of the United States, all set between January and May.

This is the second season of expanded outreach programming made possible by a three-year $900,000 grant from The Andrew W. Mellon Foundation. Publishing Perspectives readers will recall the program moving into 10 states in its first season.

This season of NBF Presents—a moniker under which all of the Foundation’s public programs now fall—highlights the foundation’s continued commitment to providing and supplementing national access to literary programming at libraries, colleges, festivals, conferences, schools, and performance venues in a wide range of American communities.

In addition to standalone events bringing foundation-honored authors to new cities for public conversations and panels, the spring season of NBF Presents will include two large events—in Albuquerque and New Orleans—tied to the Foundation’s Author in Focus and Literature for Justice programs.

While the season will see the return of programming with partners in New York, Minnesota, Texas, Massachusetts, Florida, Arizona, and other states, the foundation is also newly partnering with five libraries, five colleges and universities, and four festivals.

In a prepared statement, David Steinberger, chairman of the board of directors of the foundation, is quoted, saying, “For the foundation, the launch of NBF Presents was a promise to continue to think about access to literature and quality literary programming in a truly national way.

“The National Book Awards and the work of the foundation exist to reach beyond any one region and any one type of reader. NBF Presents makes that possible, bringing authors and new audiences together for meaningful discussions around books and the universal themes to which they are able to speak.” 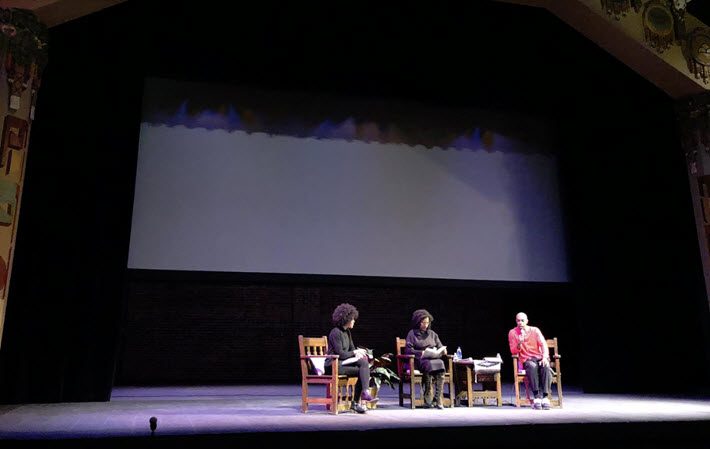 At an NBF Presents event in Albuquerque, where this spring’s program will see a large-scale event. Image: National Book Foundation

Foundtaion-Honored Authors on the Road

As with the fall 2018 season, the spring season will offer conversations on an array of relevant themes to a wide range of communities in regions across the country.

“The National Book Awards and the work of the foundation exist to reach beyond any one region and any one type of reader.”David Steinberger

Programs will include continued partnerships with Rollins College in Winter Park, Florida, Amherst College in Amherst, Massachusetts, Concordia College in Moorhead, Minnesota, and Sam Houston State University in Huntsville, Texas. These recurring campus events, presented under the program title NBA on Campus in years past and the inspiration for the expanded work through NBF Presents, will take place as part of NBF Presents in 2019.

The NBF Presents lineup also includes a new season of the “Eat, Drink & Be Literary” series, presented since 2006 with the Brooklyn Academy of Music and comprising unique evenings of dinner and conversation with acclaimed contemporary writers. Events tied to two of the foundation’s other programs—Author in Focus: James Baldwin, supported by funding from Velvet Film via the Ford Foundation, and Literature for Justice, made possible by a grant from the Art for Justice Fund—will also be part of the spring season, in Albuquerque and New Orleans.

Since its launch last year, NBF Presents has put an emphasis on working with new partners at a variety of presenting venues, including public libraries able to program around their communities’ audiences and interests. This month at the Tulsa City-County Library, the site of one of the first of the season’s programs, 2017 NBA Winner Robin Benway (Far From the Tree) and Brandon Hobson, an Oklahoma resident and 2018 NBA Finalist (Where the Dead Sit Talking), will delve into themes of family, childhood, and identity, topics which both of their Awards-honored novels address at length.

“Tulsa City-County Library is thrilled to partner with the National Book Foundation to bring authors Robin Benway and Brandon Hobson to Central Library,” said Rebecca Harrison, assistant manager at the central branch of the library. “The NBF Presents program has given our library the opportunity to start a community-wide conversation about fiction and family, with the help of two acclaimed authors.”

The 2019 spring season will continue establishing new partnerships with colleges and universities throughout the country, including an event this month at the Community College of Philadelphia, where 2018 National Book Award longlister Nafissa Thompson-Spires (Heads of the Colored People) and two-time National Book Awards author Adam Haslett (You Are Not a Stranger Here and Imagine Me Gone) as they discuss the vitality of stories that reflect the lives of everyday people, the struggles they face, and how humor can work to reveal deeper truths.

“Philadelphia has a rich literary tradition and community, and our students are always enthusiastic to meet and discuss craft with established writers. Such an event gives our students the chance to see where they themselves may be as working writers.”

An updated NBF Presents calendar will soon be available at the Foundation’s site. 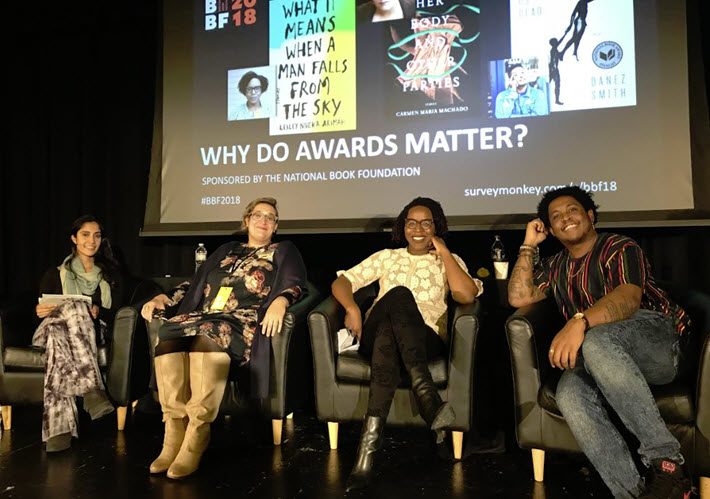