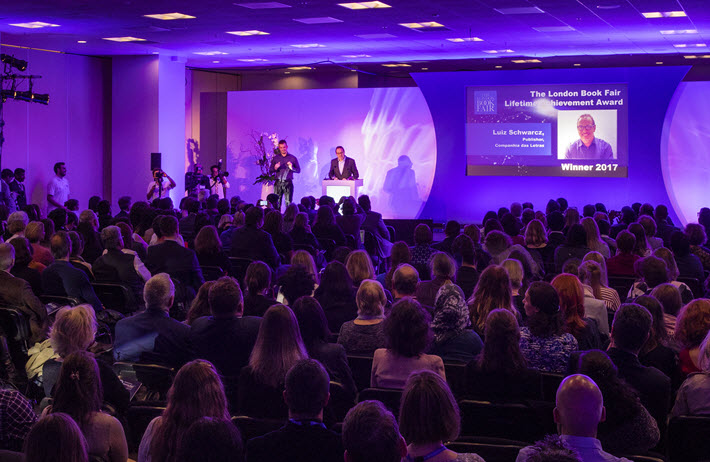 The shortlisted industry players and programs for this year’s London Book Fair International Excellence Awards are from Europe, the Americas, Asia, Africa, and Australasia. 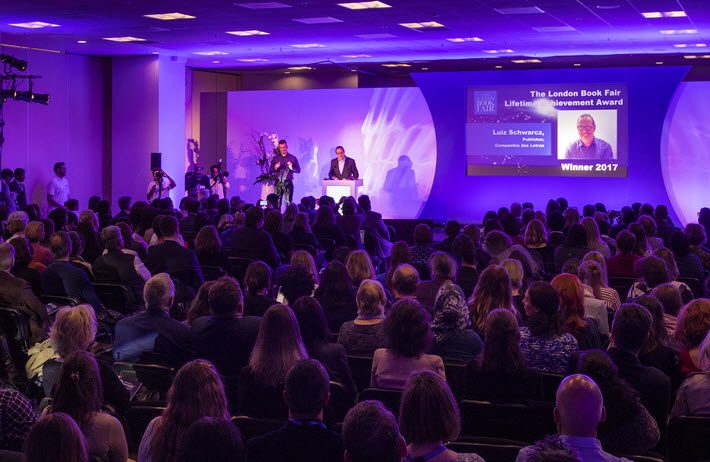 There are 26 countries represented in the shortlists for the London Book Fair International Excellence Awards 2019 shortlists.

They have been announced to news media this morning (February 14), with 17 categories covering “ambassadors, innovative publishing, and ground-breaking initiatives” in the world publishing industry, and jurors in each category are specialists in their respective sector of the business.

The awards are produced annually by the fair in partnership with the UK’s Publishers Association, and winners this year will be announced at an invitation-only event on Tuesday evening, March 12, in the conference center complex at Olympia London.

While the program is reporting that Brazil, India, and the United States are the nations with the most shortlisted candidates for the honors, there’s an unusually strong showing from Africa this year—Botswana, Kenya, and Zambia are represented with one shortlisting each, and South African nominees have been shortlisted twice.

Lotinga: ‘Publishing Markets Across the Globe’

In a prepared statement on the news of the shortlists, London Book Fair director Jacks Thomas is quoted, saying, “The breadth of the sixth International Excellence Awards’ shortlist, with its impressive count of 26 countries, highlights how the global book industry is going from strength to strength.

“The nominees all showcase the diverse talent working in the publishing industry today, and I’m thrilled to give them the international platform at the book fair to showcase their success. I look forward to welcoming the shortlistees to the London Book Fair in March—best of luck to everyone.”

And for the Publishers Association, CEO Stephen Lotinga says, “We’re proud to celebrate publishing success at this year’s International Excellence Awards. The geographical diversity of the shortlist reflects the growing strength of publishing markets across the globe.

“As well as celebrating all of these global publishing ambassadors, we look forward to awarding the Inclusivity in Publishing Award to a UK publisher at the fair.”

Of note in terms of shortlisting counts, the Virtual Reading Gym in South Africa is nominated twice—first in the Educational Initiatives category, and also in the category of Educational Learning Resources, the latter supported by the China Publishing & Media Journal.

And a new award category has been added this year, generously recognizing journalists’ efforts in covering international publishing. The award for an International Book Trade Journalist is described by organizers as a shortlisted contest between Anja Sieg of Buchreport (Germany); Leonardo Neto of PublishNews (Brazil); and this reporter at Publishing Perspectives, which is operated from the States.

Audiobook Publisher of the Year

Bookstore of the Year Award, sponsored by Gardners

Library of the Year Award

Eligible for entries from all countries, including the UK:
Accessible Books Consortium International Excellence Award: Publisher

Eligible for entries from the UK only:
Inclusivity in Publishing Award, supported by the Publishers Association

The winners of several other awards will also be presented on the night, including the Simon Master’s Chairman Award and the Association for Publishing Education (APE) Student Awards.

The London Book Fair Lifetime Achievement Award will also be presented at the ceremony.