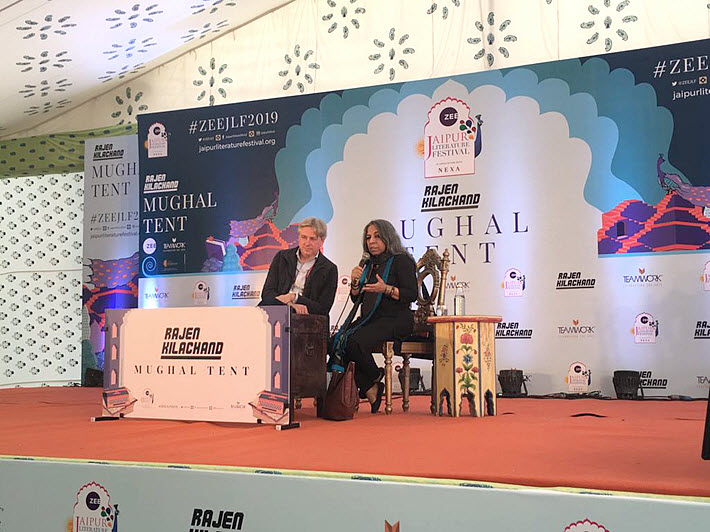 The Jaipur Literature Festival’s Bookmark professional program this year had Norway as its Country Partner and a visit from the Frankfurter Buchmesse’s Juergen Boos. 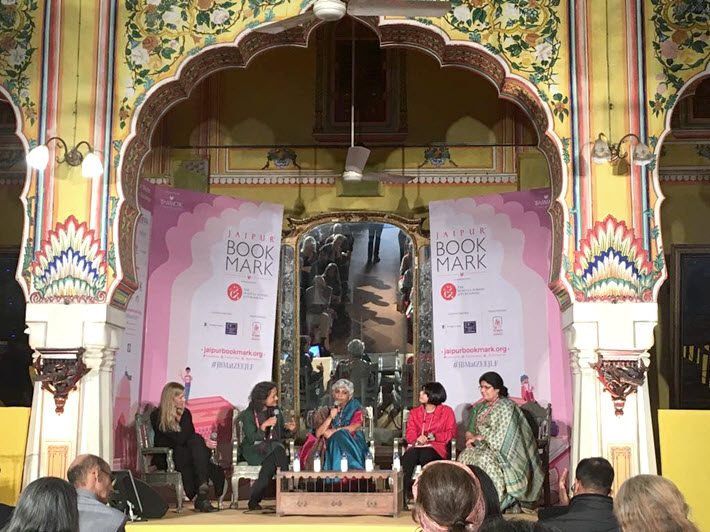 A roundtable discussion in the 2019 Jaipur Bookmark professional publishing program at the ZEE Jaipur Literature Festival, with Frankfurter Buchmesse and NORLA. Image: FBM

‘Contributing to the Range of Opinions’

In his address at the Diggi Palace’s Durbar Hall, the Frankfurter Buchmesse president and CEO Juergen Boos told his audience, “Attempts in the recent past to silence journalists, writers, filmmakers, and publishers reflect the rise of identity politics and apathy on the part of the state.”

His reference is to the rising trend in world politics toward authoritarianism, amid which various markets of the international book publishing industry are facing challenges to the freedom to publish.

“Two journalists of international repute—Gauri Lankesh and Shujaat Bukhari—were shot dead within a span of nine months. Publisher friends like DC Books, Kalachuvadu Publications, and their authors have witnessed attacks by fanatics who may have never even read the books in question.”

As Publishing Perspectives reported Monday (January 28), for example, the 2019 edition of the Nayef Al-Rodhan Prize for Global Cultural Understanding from the British Academy, opened its 2019 activities with a conversation onstage between the award’s 2018 laureate, Kapka Kassabova—winner of the 2018 prize for Border: A Journey to the Edge of Europe (Graywolf, 2017)—and The Economist’s South Asia bureau chief, Max Rodenbeck.

The Jaipur Bookmark program was added to the festival’s offerings in 2014, and since its inception has had the sponsorship of NORLA—the Norwegian organization that promotions  literature from Norway on the world stage and is responsible for organizing the country’s Guest of Honor appearance at the 2019 Frankfurt Book Fair.

This year, Norway served as the Jaipur Bookmark’s Country Partner. And while the Frankfurter Buchmesse has always had a strong presence at the festival through its German Book Office New Delhi headed by Prashasti Rastogi, this year was the first in which Boos traveled to the event and addressed attendees.

As Saket Suman of the Indian independent news service IANS has reported in a story carried by the National Herald, Boos referenced contemporary tendencies toward “hysteria, hatred, and hostility that characterize the discussion in social media, a permanent state of turmoil that societies around the world find themselves in.”

And organizers say that many debates and panel discussions surrounding Boos’ address reflected fast-mounting concern for issues of nationalism and the freedom of expression in many countries. 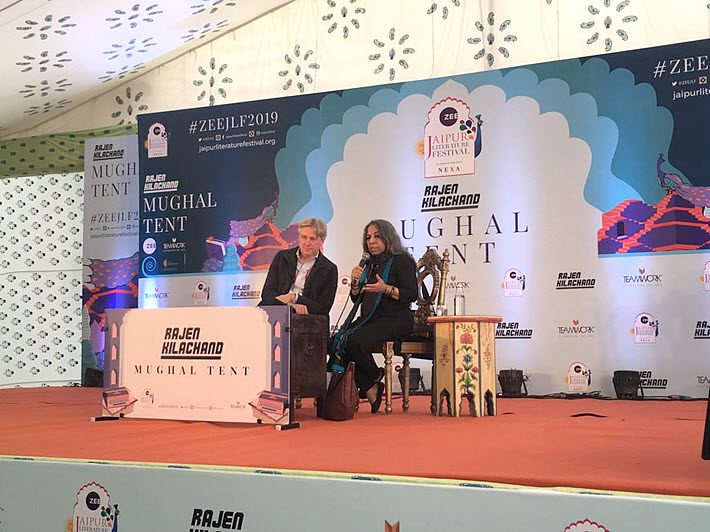 Of particular interest this year were themes based in the #MeToo movement about sexual harassment and gender discrimination, one attendee talking of how “more and more women were taking the stage” in various events at the festival to focus on issues of long overdue equality in India and other societies.

For example, the German Book Office New Delhi participated in “Gender Equations in Publishing” a roundtable on Friday (January 25) at Bookmark that featured Rastogi along with  Yoda Press founder Arpita Das and Indian feminist icon Urvashi Butalia, founder of the publisher Zubaan. They were joined in the event by:

The “Gender Equations” big roundtable, in fact, was a follow-up to a meeting organized by the German Book Office New Delhi  last year, an effort to develop a community of women publishers as a support group and central exchange of ideas and initiatives.

In another instance, Zubaan’s Butalia spoke with Boos in a conversation onstage about issues of reading habits in the Indian market, the state of publishing in today’s content-rich media environment, the journey of books in a complex economy, consumer communications, and the influence of the Internet and digital dynamic on the books trade.

At another point, Rastogi and Frankfurt vice-president for business development Claudia Kaiser participated in “The JBM Copyright Roundtable,” an examination of the state of copyright today in India and abroad. Copyright Clearance Center’s international relations director Michael Healy was the keynote speaker of the session, raising warning flags about challenges to copyright on the international stage, particularly in legislative efforts such as those seen in Canada and South Africa.

Kannan Sundaram of Kalachuvadu Publications—winner of the Publishing Next Publisher of the Year award—raised the issue of nationalization of copyright in the state of Tamil Nadu, something proving counterproductive to quality publisher, broad distribution, and author revenue. In all of these comments, the pressing need for new narratives around threats to copyright became evident in the imperative to alert the broader industry to endangered copyright protections. 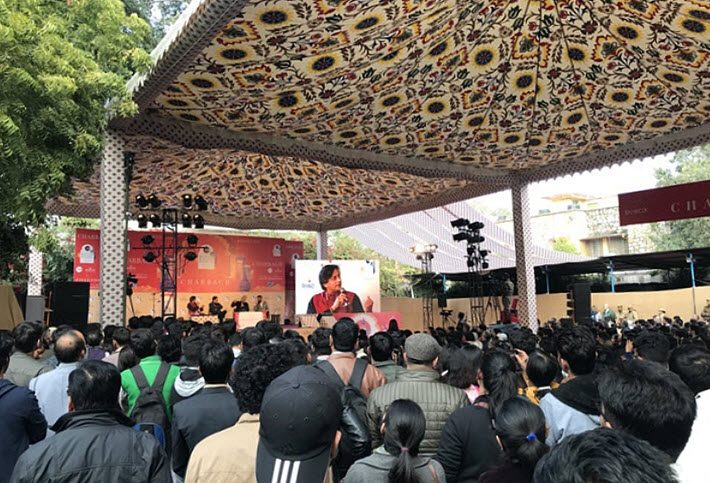 As Publishing Perspectives has reported, the JCB Prize for Literature made its debut in 2018 and was awarded in October to the Kerala author Benyamin for his Jasmine Days from Chiki Sarker’s Juggernaut Books.

The French embassy awarded the Romain Rolland prize in its second year for translation from French into Indian local languages to SR Kichenamourty for his translation of La vie d’un homme inconnu by Andrei Makine into Tamil (Kalachuvadu Publications).

And in his remarks, as Suman has reported, Boos contextualized the widening world threat to free speech and publication, saying, “Publishers are gatekeepers. They filter and assess content, they curate before they publish. They consider it part of their job to publish content that is well-researched, documented, checked, and carefully assembled as way of contributing to the range of opinions present in society.

“Publishers and authors in many parts of the world risk their lives by writing or bringing out books that criticize regimes, uncover injustices, and shed light on political failures.”

More from Publishing Perspectives on the Indian market is here, and more on the freedom to publish is here.