A Council of the European Union vote has just approved the newly negotiated copyright agreement. ‘The directive is not perfect, but it is a very important step in the right direction,’ says Dr. Jessica Sänger of Germany’s Börsenverein. 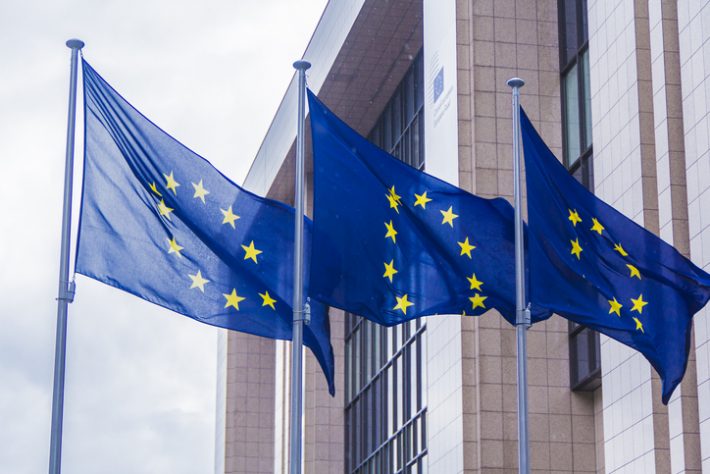 Today (February 20), as confirmed to us from the Council of the European Union’s session by attorney Dr. Jessica Sänger, a vote has gone in favor of the copyright directive that has emerged from trilogue.

As was announced from Strasbourg a week ago (February 13), the “trilogue” process in the European legislative deliberations produced what media messaging from the European Commission called “a breakthrough to modernize copyright rules”—the latest stage in the European Union copyright directive effort.

Although still requiring confirmation by the European Parliament on February 26, this result of the long-running negotiations—part of the Digital Single Market framework—was hailed by vice-president Andrus Ansip as “modern copyright rules for the whole of [the] EU” and by Mariya Gabriel, commissioner for digital economy and society, as legislation to “strengthen the cultural and creative sectors, and bring added value to the European citizens.”

As the EC is laying out the plan, its features include—quoting here from the commission’s statement—the following highlights.

You can read more from the Commission’s offices in the form of a Q&A here and a fact sheet here.

Special care is being taken by the commission to call attention to the agreement as one that “reinforces the position of European authors and performers in the digital environment” while also “reinforcing the interests of citizens and Internet users.”

As we have done in the past, we’ve turned once more to Dr. Sänger, legal counsel and director of European and international affairs for the Börsenverein des Deutschen Buchhandels, Germany’s Publishers and Booksellers Association.

Sänger has been closely engaged in the developments leading to this new stage of the process and has been helpful in illuminating for Publishing Perspectives’ readership how the process and its implications have been developing.

We begin here by asking Sänger to parse for us what are the most important accomplishments at this stage, as she and her German and European colleagues see it. Her references, by the way, to “CJEU,” for those outside the Union, are to the Court of Justice of the European Union.

‘On the Whole, an Acceptable Compromise’

Jessica Sänger: The draft directive is very ambitious in the sense that it covers quite a broad range of different important policy areas.

We have been particularly concerned with the proposed exceptions to copyright for illustration for teaching, preservation, and TDM [text and data mining], but also with the proposals regarding what libraries or archives can do with works in their collections which are out of commerce. All these areas have been the subject of intense negotiations, and the results achieved are in no way ideal, but we view them on the whole as an acceptable compromise.

The most important element of the directive from the point of view of (not only) German publishers is Article 12, which aims to permit member states to decide that publishers may once again receive compensation alongside authors when works are used under exceptions or lent out by libraries. The hope is that this piece of legislation would repair the damage done by the HP/Reprobel decision of CJEU, which had such far-reaching consequences in Germany.

Perhaps the main accomplishment of the negotiators for the council and the European Parliament is that they have found a compromise at all, given how contentious certain issues are, especially the “value gap” provision and the press publishers’ right. This took tremendous dedication on the part of the rapporteur MEP Axel Voss as well as the consecutive Council Presidencies of Austria and Romania.

Publishing Perspectives: Are there points that your team had hoped to have in the new formulation that are not included, after all?

Jessica Sänger: Since all the provisions I mentioned are compromises, of course we are not 100-percent happy.

We would have appreciated more safeguards around the exceptions and still believe that a solution for works which are out of commerce could have been found without resorting to an exception, as the example of the German legislation on the subject shows.

Concerns remain around which impact the new TDM provisions will have in practice.

In some areas, including Article 12, convoluted wording of recitals does more to confuse the reader than to clarify the aim of the provision in question. But this is due to the changes made to accommodate as many interests as possible.

Perhaps the best compromises are those that leave every side somewhat unhappy.

Publishing Perspectives: Some are saying that this is very close to the last time we visited the process, in the late summer. Is that the case? Or are there important and substantive steps in place here since the last actions?

Jessica Sänger: On September 12th, the European Parliament voted upon its position, based on the work of the five committees which had discussed the commission’s draft and each voted on its own suggested amendments. The council had already adopted its approach in May.

September’s vote meant that the phase we call “trilogue” was able to begin, where the co-legislators council and parliament negotiate for a common text with the support of the commission which supplied the initial draft.

We are now at the stage where the trilogue negotiations have been successfully concluded, after many sessions and moments of suspense as to whether the process would fail at the 11th hour. If the directive is to be adopted before the end of this parliament’s legislature, things will have to move very quickly now.

Publishing Perspectives: As we know, the approval here from trilogue will need approval by the council and by parliament ultimately. Is it your understanding that those approvals are likely?

This was the final council vote on the subject. Some member states were adamantly opposed, like Italy, which changed its position after the Salvini government took office. It’s important that the majority achieved for the final negotiating mandate on February 8th now also support the final result.

Germany and France had hammered out a compromise ahead of that vote, and even though not everyone in the German government is happy with the result, withdrawing support now would have been a serious affront.

All now depends on the European Parliament, and a lot of question marks remain. There will be a decision in the legal affairs committee next Tuesday (February 26), and then the final adoption would take place in plenary, in March.

Given the strong majority the directive received in September, and given that many of the concerns of the opponents were addressed during trilogue, the chances for an even stronger endorsement ought to be good.

Under normal circumstances, I would be highly confident that the MEPs who voted in favor in September wouldn’t suddenly change their minds. But we are currently faced with a massive wave of campaigning around the “value gap” provision widely known as Article 13, and MEPs are already shifting into campaign mode for the upcoming elections, so they are sensitive to public opinion.

Therefore, I still see a danger that the directive is not adopted before the end of the Parliament’s legislature in April.

Publishing Perspectives: Who—or which entities in business or government—will not like this agreement, and can we know the countervailing points they had made?

Jessica Sänger: Many different points were made by different stakeholders on each of the numerous subject areas of the directive.

Let me focus on the one that is getting the greatest attention, Article 13. The strongest resistance is coming from Big Tech companies. They don’t like the idea that they might need to enter into licensing contracts with rights holders and pay for the uses taking place on platforms such as YouTube. They don’t want to share the advertising revenues they generate with those who invest in the content which makes their platforms so attractive.

MEPs visiting Silicon Valley were told bluntly that US companies would seek to prevent the adoption of Article 13 in Europe. Think of the massive campaign launched by YouTube to frighten its users or other astro-turf activities. It’s shocking to see how much dis-information was spread in order to make teenagers believe that Article 13 would spell the “end of the Internet as we know it” and enable massive censorship. But it’s also clear that extremists and populists from various parts of the political spectrum are strongly opposed to the directive. The example of the Italian government is only one case in point.

Publishing Perspectives: And what else should be said at this point about this long and important process? What is most critical for the wider publishing world beyond Europe to understand about the steps taken through this legislative process you’ve worked so hard on?

Jessica Sänger: Copyright is under attack from many quarters these days. If this directive can establish that protecting European creativity is important enough for European legislators to take on Big Tech and resist the tremendous pressure that they are being subjected to, they are doing this based on their conviction that creative individuals and their commercial partners deserve protection and that their contribution is essential to cultural diversity.

The directive is not perfect, but it is a very important step in the right direction. We cannot achieve this without working closely alongside authors, translators, illustrators, and other creators, so our relationship with them remains the basis for what we do, both within the industry, and in our advocacy work.