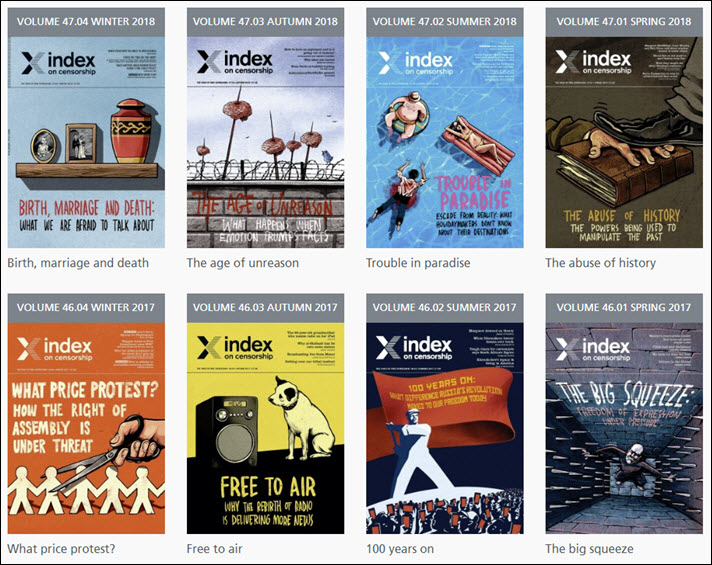 The UK’s quarterly ‘Index on Censorship’—the editor of which will speak at the 2019 London Book Fair—has opened its 45-year archive to free readership, a response to an era of fake news and leadership lies. 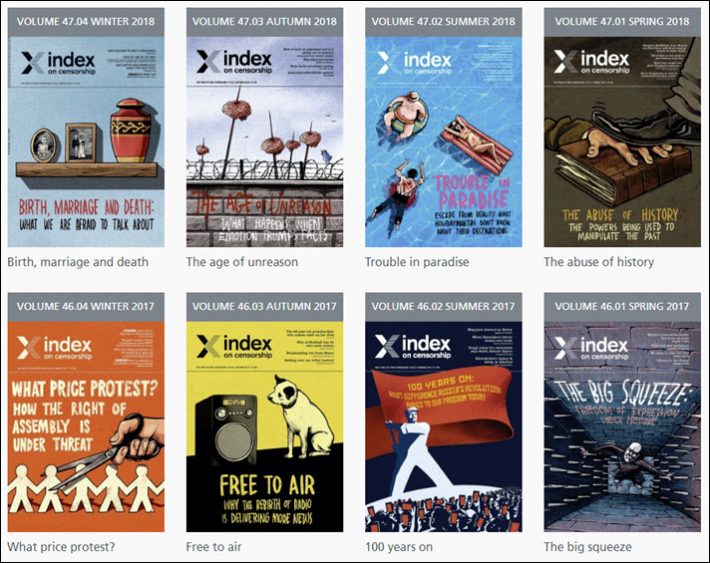 ‘As We Experience Many Authoritarian Leaders’

Shortly before PEN America announced the 2019 winners of its literary awards, another organization that promotes the freedom of expression and publication opted to make its own gesture of support.

“In a prepared statement, Rachael Jolley, the editor of the magazine, is quoted, saying, “Free speech is increasingly becoming one of the most fiercely contested and misunderstood issues of our time.”

Perhaps having looked ahead to today’s (February 27) start of the Trump-Kim meetings between the United States and North Korea in Hanoi, Jolley says, “It’s incredibly important that people can trace and learn from trends in freedom of expression and censorship as we experience many authoritarian leaders following a similar playbook to the 1970s and 1980s.

“We want to ensure as many people as possible are able to access stories and articles on issues of freedom of expression and by censored writers and artists by using this archive.” 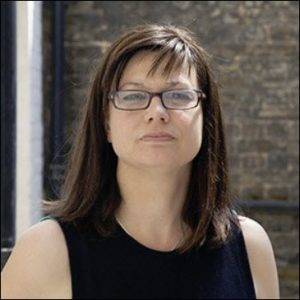 Jolley is scheduled to appear on March 12 at the London Book Fair’s freedom to publish seminar produced with the International Publishers Association (10 a.m. to 12 p.m., Club Room, Olympia London) on a panel with The Guardian’s Claire Armitstead and Radix’s Nick Tyrone.

What many readers discovering the Index on Censorship for the first time might notice is that because it’s been in operation so long, it can afford to take on quite nuanced elements of censorship, including self-censorship, in its coverage.

In the most recently published edition from December, for example, Jolley looks at how difficult many find it to be openly communicative on birth, marriage and death. She writes, “These are key staging posts. And that’s one reason why this issue looks at how taboos around these subjects have a critical impact on our world.

“Sadly, there are still many of us who feel we can’t talk about problems openly at these times. Societal pressure to conform can be a powerful element in this and can help to create stultifying silences that frighten us into not being able to speak. Being unable to discuss something that has a major and often complex impact on you or your family can lead to ignorance, fear and terrible decisions.”

Free archive access to Index on Censorship will cover the years 1972 to the end of 2017, and is meant to give students, researchers, authors, publishers, journalists, and others interested in freedom of expression an unprecedented means of online access to journalism and reporting about freedom of expression issues, plus stories by and about censored writers and artists.

As of Thursday (February 21), back issues through 2017 were opened to free access. The archive can be found at SAGE’s site. 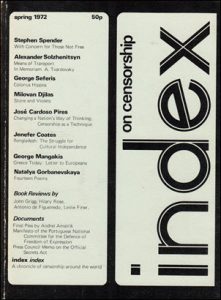 The Spring 2018 edition of ‘Index on Censorship’

Since its establishment in 1972, Index on Censorship magazine has published some of the best known names in literature including Samuel Beckett, Nadine Gordimer, Mario Vargas Llosa, Hilary Mantel and Kurt Vonnegut.

It also has published some of the major campaigning writers of our age from the late Vaclav Havel to Amartya Sen and Ariel Dorfman plus journalism from Mexico, Argentina, South Africa, China, India, Turkey and more.

Jolley, herself, was named British Society of Editors’ editor of the year in the specialist publication category (2016) and the magazine has received numerous awards including the APEX Award for Excellence and the Hermann Kesten prize.

For those interested in the newest editions of the quarterly, the most recent four editions will be available on subscription going forward. (An annual subscription of four issues is £18, or US$23.97.) 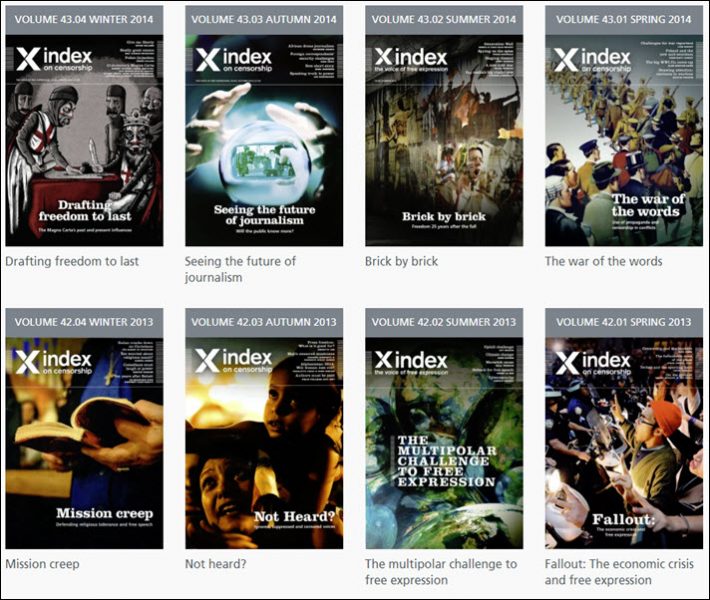 More from Publishing Perspectives on the freedom to publish is here, and more in our Industry Notes series is here.