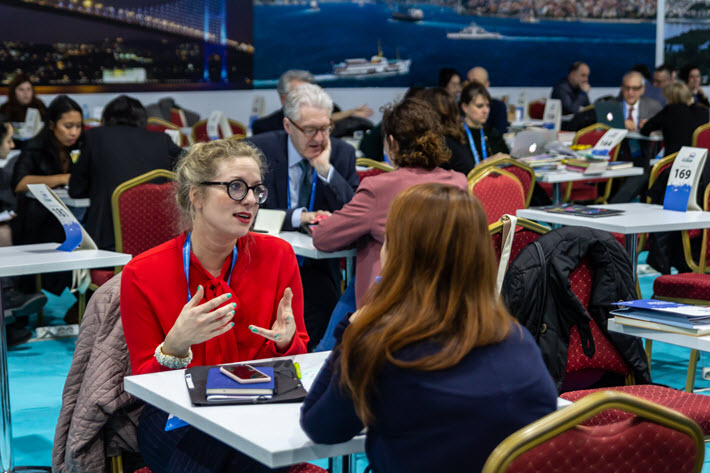 The 2019 Istanbul Fellowship Program has a record level of participation, with more than 200 international trade visitors. It closes today with presentations and networking events. 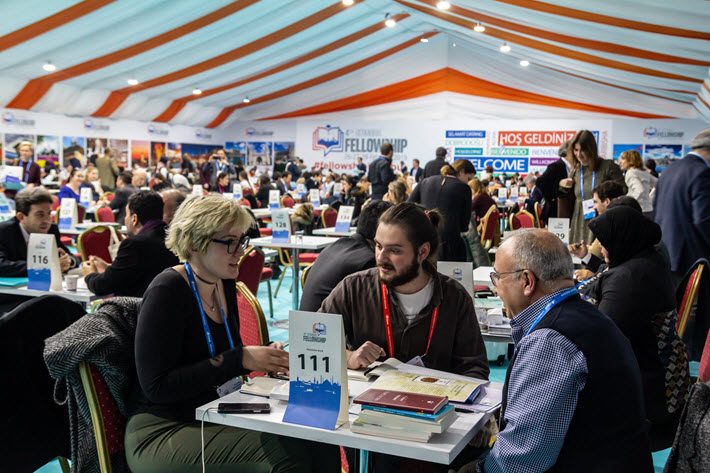 Closing today (February 28), the fourth iteration of the Istanbul Fellowship Program is funded by the city of Istanbul and is a presentation of the Turkish Press and Publishers’ Copyright Licensing Society.

Created in 2016 to draw publishing professionals from neighboring countries and the Arab world, it’s a very large event: Of more than 500 applications from 103 countries this year, organizers selected 200 participants for this week’s event, and they come from 72 nations.

The program offers those accepted three different packages, so that some participants’ journeys are fully funded and others’ are partially covered. You can read more about the particulars of the program in its FAQ here.

In addition to this year’s 200 participants, 95 Turkish publishers were also granted places in the program, bringing the full cohort to some 300 participants. There’s some emphasis placed by organizers on smaller and independent houses which may not normally be able to afford as much travel as big publishing concerns for international networking events.

Each participant is equipped with a table in a large space that lies adjacent to the International Eurasia Book Festival, which is continuing its run this week through Sunday (March 3). That show, this year with the theme “A Long Story,” is one of many in Istanbul in which publishers and sellers put up stands to sell books to consumers at a discount, according to Claudia Kaiser, a vice-president in business development with Frankfurter Buchmesse, who has spoken this week at the fellowship program.

Networking and rights trading opportunities are provided through an online portal that allows registered participants to make appointments in advance.

Each day, then, begins and ends with seminars and panel discussions, with meetings scheduled for the later morning and afternoon hours. The evening events might include an exclusive visit to the iconic Hagia Sophia museum or a conversation with key Turkish authors. 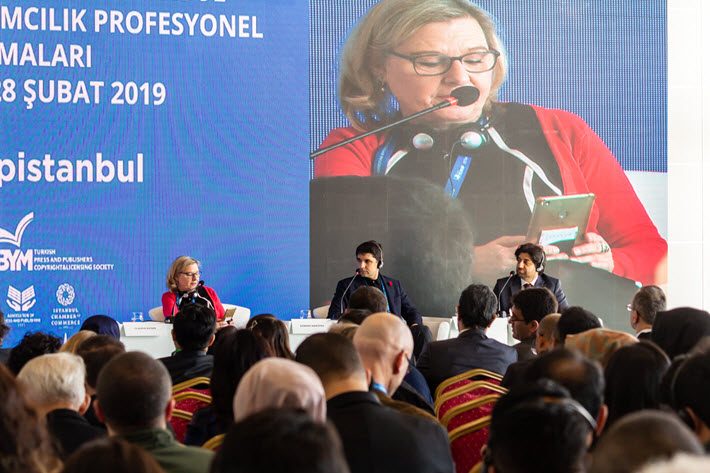 In talking with Publishing Perspectives about the events closing today in the fourth year of the fellowship program, Kaiser tells us, “While the Turkish publishing market is growing every year–not least because of reading-advocacy programs and a growing interest in Turkish film and various television series that draw readers to books about them—the industry has faced some harsh setbacks.”

“Since the beginning of the financial crisis, some publishers in Turkey haven’t been able to afford to buy paper and have stopped publishing for months at a time.”Claudia Kaiser

Ebooks play a relatively insignificant role in the market today, but audiobooks are trending slightly higher.

“The main driver, though, “Kaiser says, “is still the printed book. But print itself is endangered at the moment by rising costs of paper. Turkey is dependent on importing its paper and since the beginning of the financial crisis, some publishers haven’t been able to afford to buy paper and have stopped publishing for months at a time.”

Publishers and agents buying translation rights have pleaded with their international counterparts to assist by offering lower costs for advances and licenses, as Publishing Perspectives readers will recall from our coverage of Istanbul’s Kalem Agency’s comments on the situation from last August. Industry leaders in Turkey point out that smaller presses could be forced out of business in the crisis, thus limiting the number of potential trading partners available in Turkey’s very active reading market.

Kaiser reports that many international colleagues have heard the appeal and have stepped up with consideration on rates to help out, in solidarity with the Turkish industry’s difficulties.

And in a quick survey of opinions about this week’s fellowship program, Kaiser tells us that an agent from South Africa who is representing Penguin Random House has spoken of finding many African writings presented at the event to be interesting. A German representative said she found more interest than expected in early-learning books. And a publisher from Bangladesh is reporting interest in eight titles from members of the group. 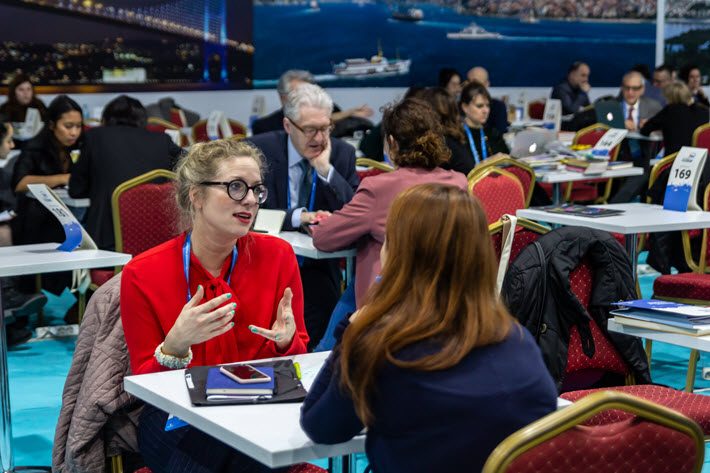 More from Publishing Perspectives on fellowship programs is here. And more in our Industry Notes series is here.