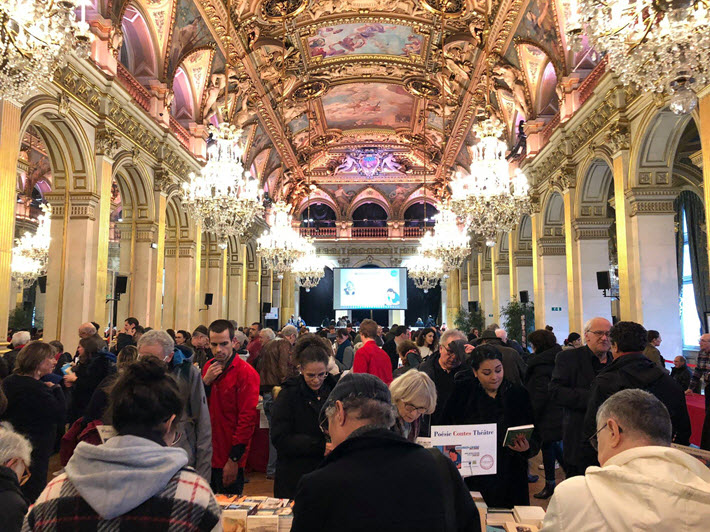 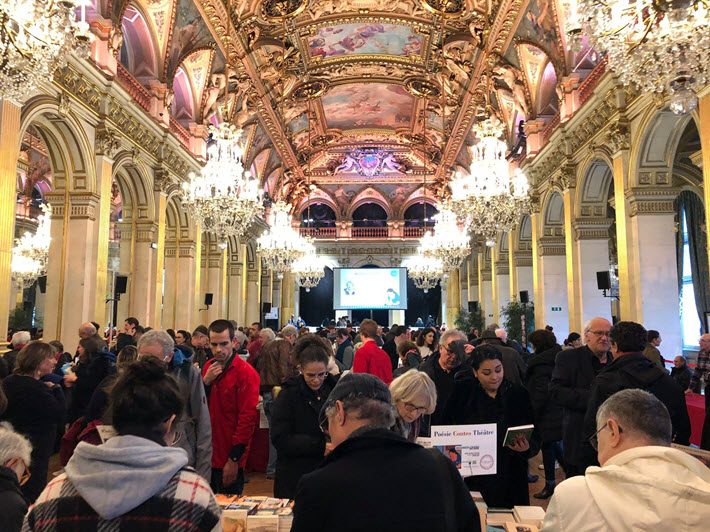 The February book festival Maghreb Orient des Livres in Paris closed its 2019 edition on Sunday (February 10). It has grown in its 25 years from a half-day of events organized around North African authors at the Centre National du Livre to a three-day free event that attracts more than 7,000 visitors to the opulent Hotel de Ville, Paris’ city council since the 14th century.

Two years ago, the festival broadened its scope to embrace the greater Middle East and was renamed Maghreb Orient des Livres (referred to as MODEL).

The expansion was created by an alliance between the festival’s founding organization Coup de Soleil, spearheaded by Georges Morin, and IReMMO, a think tank that focuses on the Mediterranean and the Middle East.

“As the IReMMO developed,” says its chief, Jean-Paul Chagnollaud, “we wanted to organize a cultural event. We thought it could be complementary to join them [the Maghreb des Livres program]. Georges Morin agreed immediately, and the mayor’s office got on board, as well.”

Because the territory covered in the book fair had been considerably enlarged, Paris’ city hall gave them an extra day and more space within the building for the event. For the moment, approximately 70 percent of the events and book signings have remained focused on North Africa and 30 percent on the rest of the Middle East, says Chagnollaud.

He introduced a few changes, including an opening conference to mark the festival—this year with French philosopher and journalist Régis Debray—and a few round-table events on specific topics, such as migration in the Mediterranean, or 100 years of French diplomacy in the region.

“I think this is a unique event in Europe; a giant bookshop which also brings together all these authors in the heart of Paris.” says Emanuele Gaulier of Actes Sud.

The publisher’s imprint Sindbad, run by editor Farouk Mardam-Bey, is responsible for the majority of publications in France of literary translations from Arabic. 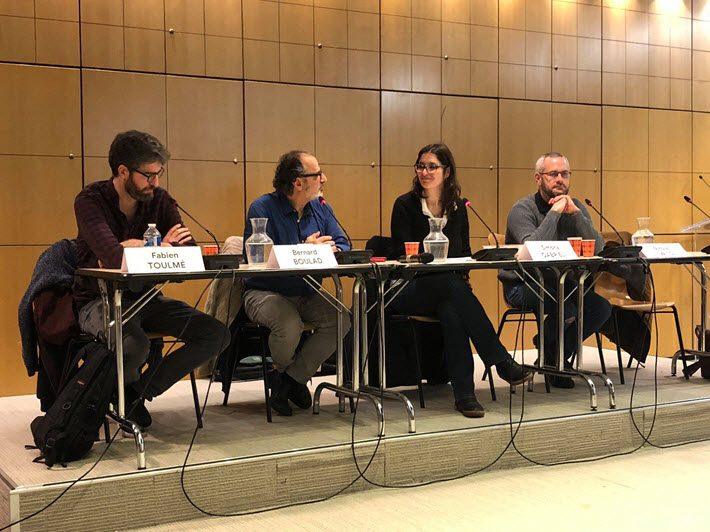 At the 2019 Maghreb Orient des Livres, a panel with comics writers who work with Middle East topics. Image: Olivia Snaije

In a large space in Hotel de Ville’s central hallway lit by ornate chandeliers, publishers sell books by authors from the region or works about the region, and writers sign their books and interact with the public.

The festival coincided with the Casablanca Book Fair.

It, too, was in its 25th anniversary but Moroccan journalist and publisher Kenza Sefrioui, who has attended Maghreb Orient des Livres for 15 years, wrote an article last week in the Moroccan magazine Tel Quel. In her commentary she said the festival is more important as a meeting place for independent publishers and authors from North Africa than are the book fairs at Casablanca, Algiers, or Tunis.

“Books circulate very poorly between the three countries,” Sefrioui wrote, “and in Paris it’s easier to become acquainted with novelties and trends in literature and intellectual production.”

At her stand in Paris this weekend, Sefrioui added that she was happy that books and authors from the greater Middle Eastern region had been added to Maghreb Orient des Livres. “It was good to widen the scope and give the event fresh impetus.” 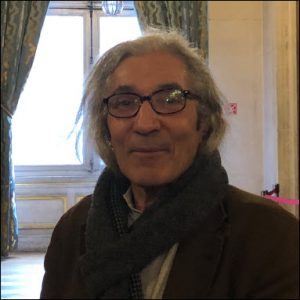 Algerian author Boualem Sansal said that Paris provided a “free space” in which to bring together authors from North Africa.

Indeed, despite an impressive number of events with authors, some were disappointing for their brevity and lack of organization, which allowed for only a superficial level of discussion with authors.

Chagnollaud says that he recognizes Maghreb Orient des Livres as “more of a book fair than a space for debate,” and that there needs to be a balance between the two.

Nevertheless, it’s unprecedented to see a free event of this size, focusing on such a vast region and bringing together 150 authors in Paris. The program is growing in reputation and attendance for both professionals and the general public.

On the same afternoon, a visitor could hear Egyptian author Mohammad Rabie, shortlisted for the 2016 International Prize for Arabic Fiction; a group of French comic book authors who write about the Middle East; and a round-table discussion about Iran, 40 years after the revolution.

More from Publishing Perspectives on France is here.