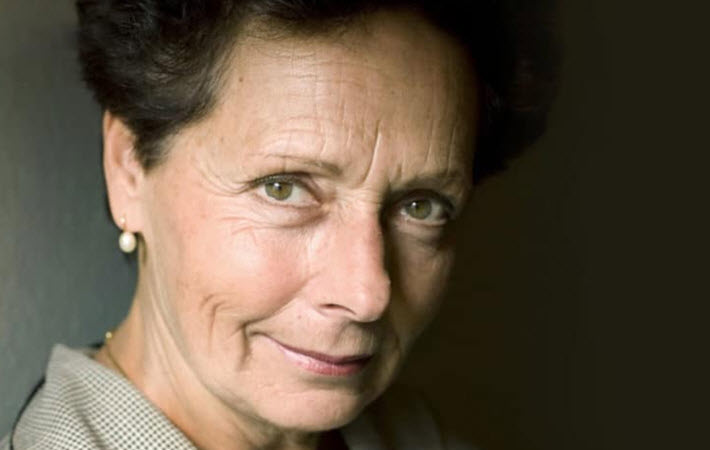 Dorotea Bromberg co-founded Swedish book publisher Bromberg Bokförlag with her father. The company still punches far above its weight in the literary world. 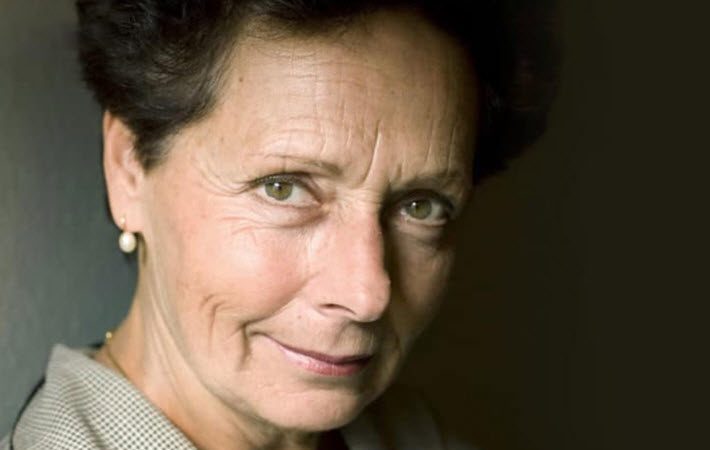 ‘The Belief That Good Books Could Cross Borders’

In recent comments to Sverige Radio Sweden, publisher Dorotea Bromberg said that digital developments have required many in the industry to revisit aging contracts and look for ways to recast them.

“The development” of the digital dynamic in publishing “has gone very fast,” she said, according to Joakim Silverdal’s writeup, “and the agreements we signed are old. They must simply be renegotiated and, as I see it, it’s [like] childhood diseases that we must correct in the industry.”

Such grace under industry pressure is, no doubt, a factor in Bromberg’s designation—announced this morning (February 22)—as the 2019 London Book Fair’s Lifetime Achievement Award recipient. As such, she’ll be honored at the invitational awards event on the evening of March 12 at Olympia London, the International Excellence Awards program.

Bromberg in 1975 founded Brombergs Bokförlag in Stockholm with her father, Adam, and in 1978 had their first world-beating success when Isaac Bachevis Singer became the first of what would be four Nobel laureates on their list. Still an intimate a house, the company’s site lists only eight employees at its Hantverkargatan offices.

In her interview with Sverige, she says that small is good, because a smaller house “has the opportunity to change its publishing faster. We also have the opportunity to broaden” the company’s range of content. “In our case, it’s about children’s books and nonfiction literature, a little easier to work with.”

And yet, as the book fair’s media messaging is pointing out this morning, the small-size Brombergs has had a huge footprint in world literature. The log line under the company name in its logo translates to “the little publisher with the big authors.”

In addition to Singer, the three other Brombergs authors who have won Nobel Prizes are the Polish poet, Czeslaw Milosz (1980); Mexican poet Octavio Paz (1990); and JM Coetzee (2003). In recent years, Les Murray, Ian McEwan and Jonathan Franzen joined the list.

Working with Conny Jacobsson and Bertil Falck, Dorotea Bromberg contributed to the first Bok-och Biblioteksmässan in 1985, which would become the Gothenburg Book Fair.

In a prepared statement today, London Book Fair’s director Jacks Thomas is quoted, saying, “We are thrilled to be honoring Dorotea Bromberg at The London Book Fair. She is a worthy winner of the Lifetime Achievement Award who has contributed so much to literature and cultural life in Europe for more than 40 years.”

And in a statement of her own, Bromberg says:

“To receive this extraordinary award took me by complete surprise! I could never have dreamt of such a recognition, especially when I look at the list of all these great people who received it before me. Most of them have been my role models since always.

“I feel honored and deeply grateful to the London Book Fair for recognizing a small independent literary publishing house, founded by a family of Polish immigrants who started with no money, no connections and without any knowledge of the Swedish book market. All we brought with us was the passion for great authors and a strong belief that the good books could cross the borders between cultures and languages.

“The market for literary writers is tough today, especially when you are a small independent publisher. Receiving this great prize reminds me what our task is all about: to publish these great books and make them find their ways to the readers. The magic words hidden inside the book will do the rest. They can change the world and make it a better place.

“Publishing is a magic and meaningful profession, more important than ever in our challenging world of today.”

Dorotea Bromberg was born in Warsaw in 1952. Her Polish Jewish family emigrated to Sweden in 1970 as a result of anti-Semitic persecution in Poland. After finishing her Swedish gymnasium, Bromberg studied languages and media communication at Uppsala University. Her father, Adam, died in 1993.

The London Book Fair’s Advisory Board voted for Dorotea Bromberg from a shortlist of international publishing figures.

There’s been an extraordinary outpouring of congratulatory comments from internationally recognized authors and publishers. Among those statements:

Arundhati Roy: “Being published by Dorotea Bromberg is like putting your work into the care of a fierce, protective whirlwind. She is a unique, thrilling publisher. Sheer class. No writer could ask for more.”

Drenka Willen“Having had the privilege and pleasure of being a friend to Dorotea in life and work for many a moon, let me say just how happy I was to hear that she is the recipient of the LBF Lifetime Achievement Award. It is, God knows, a well-deserved recognition for years of hard work, devotion, and grace of publishing high quality literature both from home and abroad. May she continue for many years to come.”

Richard Ford: “Dorotea Bromberg has for decades bet her whole life on literature – reliant on her heart, her pocketbook (yes, that too) and her teeming brain for books. She is the model of what we mean when we reverently refer to a publisher of the old school. There aren’t many pupils left in that school, alas. But she is unquestionably a bright star. My congratulations to The London Book Fair for honoring Dorotea, who is so richly deserving of all our esteem, acclamation and love.”

Masha Gessen: “In my book, no one could be more deserving of this award than Dorotea. She lives her books and her authors. Brombergs is a family business, and anyone who is lucky enough to be published by Brombergs, as I have been, is adopted into the family. Dorotea has given me love, encouragement, ideas, and the occasional gentle push – and writing is invariably more fulfilling when I am writing for Dorotea.”

Ian McEwan: “When the anti-Semitism of communist Poland drove Adam Bromberg and his family into exile, no one could have guessed at the cultural enrichment of Sweden that would result. And Mr. Bromberg himself could not have imagined what his daughter would achieve with the publishing house he founded in his adopted land. Dorotea, a true bibliophile, is one of those rare publishers whose personality and authority infuses the house that she runs. When you step through the magnificent front door of Brombergs at 26 Hantverkargatan, it’s as if, magically, you have stepped into Dorotea’s mind. It’s spacious, welcoming, polymathic, relentlessly hardworking. When I say the building and its design and atmosphere are beautiful, and that the people who work there seem calm, focused and gifted, then perhaps I have said all that is necessary about the spirit of Dorotea Bromberg. But there is always more. If Dorotea were a weather system, she would be a whirlwind. I doubt that she ever stops thinking about books, ideas and her writers. Sometimes, I wonder if she ever sleeps. The London Book Fair have made a brilliant choice. How honored, delighted and proud Adam Bromberg would have been to see his lavishly gifted daughter recognized at this international gathering.”

More from Publishing Perspectives on the London Book Fair is here. And more of our coverage of awards in publishing is here.