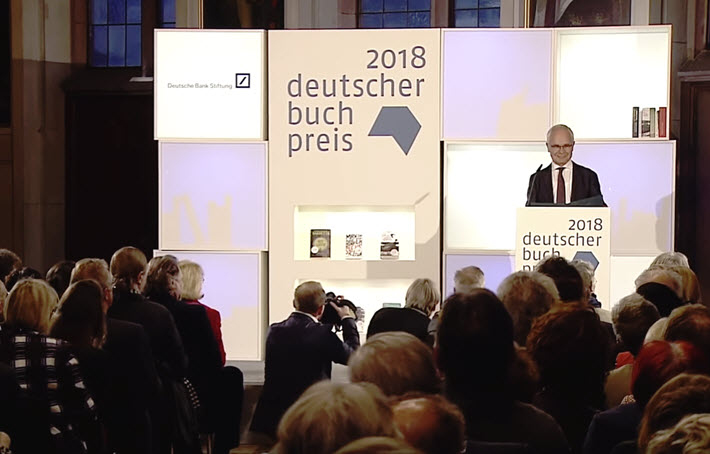 Jurors have been named in the 2019 German Book Prize competition, which will culminate in a winner’s announcement on October 14, coinciding with the Frankfurter Buchmesse. 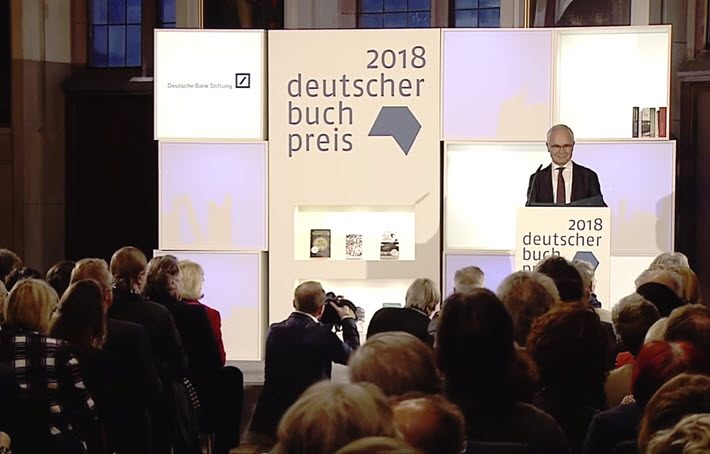 Publishers should note that the deadline for submissions is March 27, and the information and form for submission can be found here.

Publishers may submit two German-language novels each from their current and/or upcoming lists, and they also can recommend up to five additional titles.

The German Book Prize was awarded for the first time in 2005 and is seen as German-language fiction’s leading award. It’s given annually by the Foundation of the German Publishers and Booksellers Association. The winner receives a prize of €25,000 (US$28,549) and the other five shortlisted authors receive €2,500 (US$2,854) each.

Jurors for the 2019 German Book Prize

To be sure the greatest level of independence for the award, the German Book Prize Academy selects a new jury every year. It is possible to be a member of the jury more than once.

The novel of the year will be selected through a multiple-stage process.

The German Book Prize receives funding from the Deutsche Bank Foundation, and additional partners include the Frankfurter Buchmesse and the city of Frankfurt am Main. The television network Deutsche Welle supports the German Book Prize in its media activities, both in country and internationally.

You can follow news of this year’s German Book Prize at hashtag #dbt19.

You can see Mahlke’s acceptance speech for the 2018 award at the Frankfurt Römer in the video below.