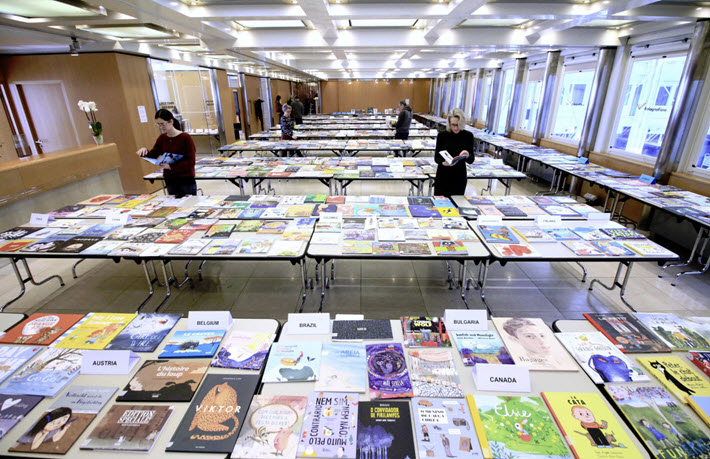 The more than 1,500 titles submitted for the Bologna Ragazzi awards program this year represent the work of authors and illustrators in key trends and issues. 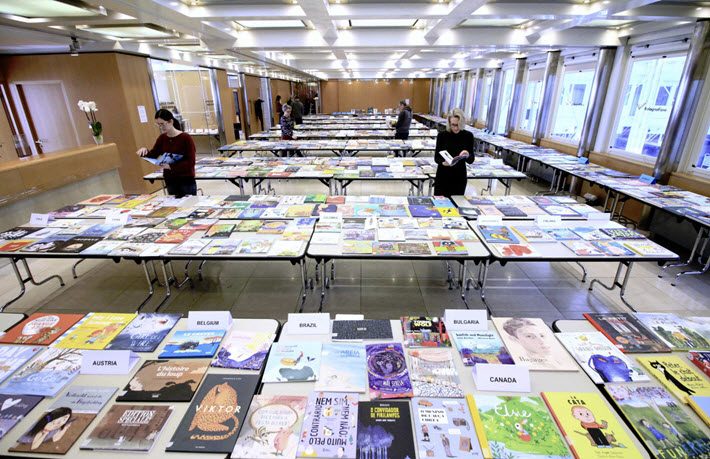 At BolognaFiere, jurors work over submissions for this year’s Ragazzi awards. Image: BCBF

Winners of the 2019 Bologna Ragazzi Awards have been announced today (February 18), with the emphasis, once again this year, on picture books published worldwide. The awards are organized by the Bologna Children’s Book Fair, which this year runs April 1 to 4.

The prize recognizes what organizers describe as “the quality of the graphic [and] editorial project of the submitted books.”

After decades of operation, the winners and recipients of honorable mentions generally can be expected to gain traction in the rights markets of the world, because of the added visibility of their recognition from the fair’s program.

This year, 1,558 titles were submitted from 43 countries for consideration. That’s 100 titles more than the 2018 award cycle. The categories into which award attention is channeled are:

In addition, there are jurors added for the new Toddler category:

The jurors met at the exhibition park, BolognaFiere, to evaluate submitted candidates and identify trends in the industry. Among trends they’re seeing are an increase in nonfiction, as well as improved quality in submitted books, both in concept and graphics. In terms of content, “knowledge books” seem to be gaining traction, in disciplines including science, art, design, and history.

In fiction, among the most developed trends involve many biographies of famous women and insights into art.

In the Toddler section, France and Poland are mentioned for special quality and high output.

Julian Is a Mermaid by Jessica Love (Candlewick Press, 2018), USA

Lifetime Achievement in the Toddler Category

The fair partners with the Children’s Technology Review (USA) on a Bologna Ragazzi Digital Award for publishers and app developers who have distinguished themselves in the field of children’s content, integrating “the fun aspects of the digital experience with its concrete educational value.” Four groups are awarded in this eighth edition of the prize: fiction, education, AR (Augmented Reality) and content libraries.

In this edition the four members of the international jury are: