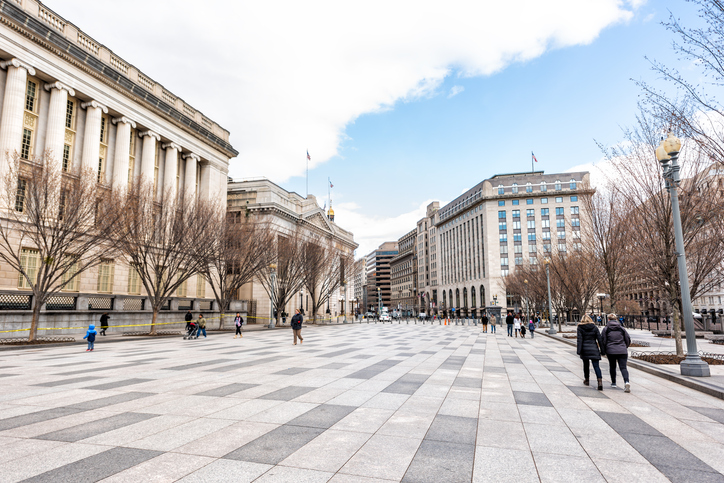 In the Association of American Publishers’ scholarly and professional conference, the AAP’s Maria A. Pallante says the organization is ‘raising the value proposition’ for–and by–its membership. 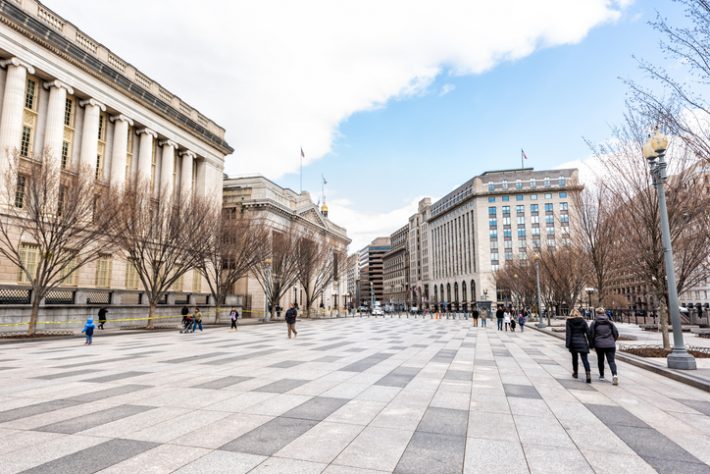 A winter day in Washington, near the Treasury Building. Image – iStockphoto: KR Blokhin

‘It Matters to an Informed Citizenry’

This year’s Professional and Scholarly Publishing Conference in Washington has been designed by the Association of American Publishers (AAP) to reflect the dynamics of the times, both in opportunities and challenges—some of them urgent.

Opening with an early registration this afternoon (February 6) for association member-only meetings, the public portion of the program at the Ritz-Carlton on 22nd Street in the capital is scheduled for Thursday and Friday (February 7 and 8) and carries the title “Mission Critical: Publishing and the Dissemination of Knowledge.”

In an interview with Publishing Perspectives, the association’s president and CEO, Maria A. Pallante, says that setting a timely agenda for the event has been a matter of bringing the expertise of the membership and the organization’s and industry’s leaders to bear on the issues.

“One of the wonderful things about the AAP board,” she says, “is that they all support one another, even though not everything we do is for everybody’s particular sector.” 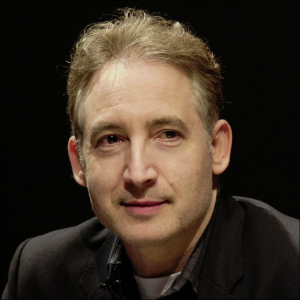 As an example of that, she points to how Penguin Random House helped the association schedule Brian Greene to give the author keynote on Thursday—a trade house jumping in to work with a conference directed toward the scholarly sector—and reflecting the broad appeal of Greene’s work in the process. “He’s the editor of the journal Annals of Physics and he’s a bestselling author, incredibly talented.”

That he is. The director of Columbia’s Center for Theoretical Physics has sold more than 2 million copies of his books worldwide and is known to viewers of the NOVA miniseries he has hosted, as well as for his books, which include The Hidden Reality: Parallel Universes and the Deep Laws of the Cosmos (PRH/Vintage, 2011).

“And then Drake McFeely is speaking,” Pallante says, in another example of the kind of synergy occurring in the industry. The chairman of WW Norton—who is also on the AAP board and has been named its treasurer for this year—is known for having intensified Norton’s trade program in the sciences and social sciences. “Norton accomplishes the dissemination of science and economics content as a trade publisher, but they do it in a different way that floats all boats.”

Maria A. Pallante: ‘The Publishing Premise for the Public’

What Pallante is getting at is that the association itself, by virtue of the depth of its membership, is remarkably positioned to enrich its own understanding of the forces impacting it today. Her announcement on January 31 of the AAP’s new board leadership for 2019 included not only McFeely but also Tom Bozik, the president for global product at Pearson, as president (succeeding PRH’s Markus Dohle), and Macmillan CEO John Sargent as vice president.

Another board member, Cathy Wolfe, the president and CEO of health learning, research, and practice with Wolters Kluwer, is on the speakers’ roster. Wolfe is a member of specially devised panel moderated on Friday morning by AAP’s public policy vice president Matt Barblan and featuring, with Wolfe, Berghahn Books’ Vivian Berghahn; John Wiley & Sons’ Deirdre Silver; and, always articulate, Tracey Armstrong, president and CEO of Copyright Clearance Center. Their session is titled “Licensing as Vision: Disseminating Knowledge Through the Modern Marketplace.”

All of this comes together, then, as an example of how the association is able to “raise the value proposition” of an event like this weeks conference, simply by mining its own rich resources and contacts representative of the world leadership in professional and scholarly publishing.

“Even our member of Congress,” Pallante says, referring to Friday’s first speaker, Rep. Judy Chu (D-California 27), “is a perfect fit. She’s has a PhD in psychology. And she’s always so friendly to the creative economy, to authors, publishers, filmmakers, songwriters.” If Chu’s name is ringing a bell, it may be because she has just reintroduced a companion bill to Connecticut Sen. Chris Murphy’s to stop implementation of Donald Trump’s executive order blocking travel from majority Muslim countries. 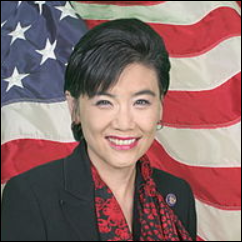 “That is bigotry at its worst,” Chu told Niels Lesniewski at Roll Call on January 29, “and it’s part of the reason we’ve seen an increase in hate crimes and violence since Trump started his campaign. …  It is simply un-American. We do not create policies based on religion and we do not target people because of who they worship.”

The very discussion of such issues and values in civil discourse today, Pallante says, is based in the work of the professional and scholarly sector, and this week’s sessions are a chance to explore and appreciate that.

“They’re publishing to disseminate knowledge for the benefit of the public, Pallante says. “For me, his sector really embodies that. It brings together the university presses, the society publishers, and then the larger commercial houses that help to support the publishing premise for the public. It’s a very palpable example of why publishing matters to the public, you know, why it matters to an informed citizenry.

“Whether you’re talking about getting people excited about why science matters and what scientific research means or about a book like Kathleen Hall Jamieson’s from Oxford University Press, it all comes down to the same overall premise: publishing is about empowering people.” 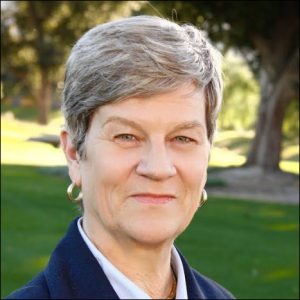 Indeed, thanks to Oxford University Press, the association will hear from its marquee speaker on Thursday afternoon, the author Kathleen Hall Jamieson, who directs the Annenberg Public Policy Center at the University of Pennsylvania and is in constant demand for media appearances based on her book, Cyberwar: How Russian Hackers and Trolls Helped Elect a President (OUP, 2018).

In what’s probably the most extensive research performed yet on the complex and layered mechanisms used in the Russian attacks on the American electoral system in 2016, Jamieson explicates a vast range of vulnerabilities, and in an interview with Publishing Perspectives, she’s able to speak directly to the context of her work for scholarly and professional publishing about what she and her team have learned.

“Anyone who’s involved in the digital space is extraordinarily vulnerable,” Jamieson says.

“How are we protecting the integrity of the publishing enterprise—which now is digital—from the kind of intrusions that would alter the meaning of texts that are secured right now inside what are, in essence, cyber-libraries, digital libraries?

“How are we going to protect against people who would like to change the historical record from coming in and altering the census track data?—or altering the substance of information inside the scholarly publishing world?” 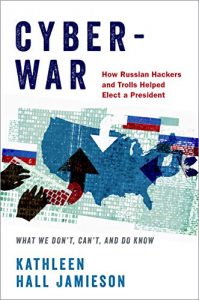 As an example, Jamieson refers to two of her books, The Obama Victory (OUP, 2010) and Electing the President, 2000: The Insider’s View (University of Pennsylvania Press, 2001).

“We published the complete datasets online,” she says. “We have them as secure as we can make them. Scholars have written much from them, but if I were a malicious person who wanted to destroy the arguments that I made in my books, I would go in and alter that dataset in such a way that if someone re-ran the data, they would not find my conclusions.”

What Jamieson is warning the publishing industry about is nothing less than what she terms “a Library of Alexandria moment” in which the fundamental content on which publishing’s output stands could go up in cyber-flames.

Publishing Perspectives will have more of our interview with Jamieson in a separate article. And attendees at the AAP’s conference this week will be hearing her insights into these dangers Thursday at 4:45 p.m.

As we mentioned on January 31, the PROSE Awards’ top winners for 2019 will be announced during Thursday’s lunch at the conference, with the awards program’s co-chairs Nigel Fletcher-Jones of the American University in Cairo Press and Steven Heffner of Wolters Kluwer Health. 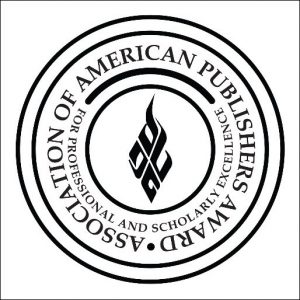 And in addition to the speakers mentioned above, this week’s conference in Washington will also feature:

More on the program’s agenda is here, and on the speakers is here. Registration is US$599 for members and $999 for non-members, with complimentary access offered for government workers and students–registration information is here.

More from Publishing Perspectives on the Association of American Publishers is here, and more on publishing and book awards is here.