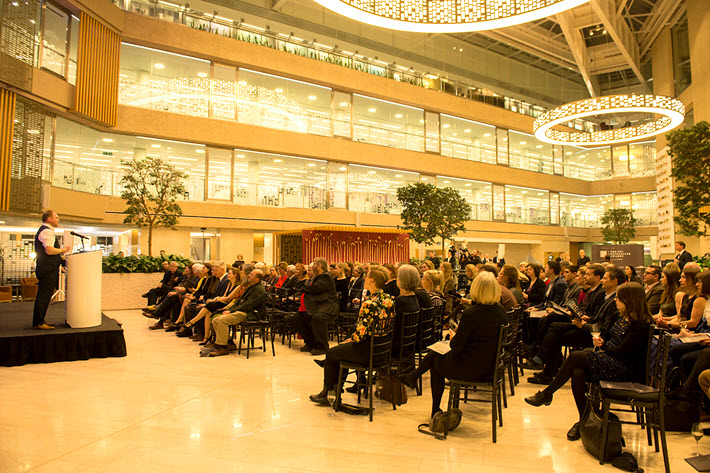 The UK’s 2018 bestselling fiction, nonfiction and children’s titles for 2018 are honored by Nielsen in its annual ceremony in London.

This evening (January 22) in the London atrium at Coutts—part of the private banking division of the Royal Bank of Scotland—Nielsen has held its annual ceremony recognizing the bestselling UK authors of 2018. Television presenter and author Mariella Frostrup hosted the event.

The criterion for each category is based in the Nielsen BookScan and PubTrack Digital sales data in both print and ebook formats, and for a title’s lifetime sales.

Nielsen—the UK market’s leader in assessing the industry’s performance—reports that 191 million books were published in the UK in 2018, with a total sales valuation of £1.6 billion (US$2.077 billion). There were 22 titles that sold enough copies to make it into Nielsen’s Gold, Silver, or Platinum sales categories last year.

The volume indicators being recognized were devised by Nielsen to reflect those used in the music industry:

It’s notable that the Platinum category winners were dominated by fiction. Four authors were honored in the award ceremony, including Jojo Moyes for After You, Liane Moriarty for The Husband’s Secret, BA Paris for Behind Closed Doors, and Gail Honeyman for Eleanor Oliphant is Completely Fine. Honeyman’s debut was the story of the year, the book pulling in sales of 1.2 million copies in 2018 alone. 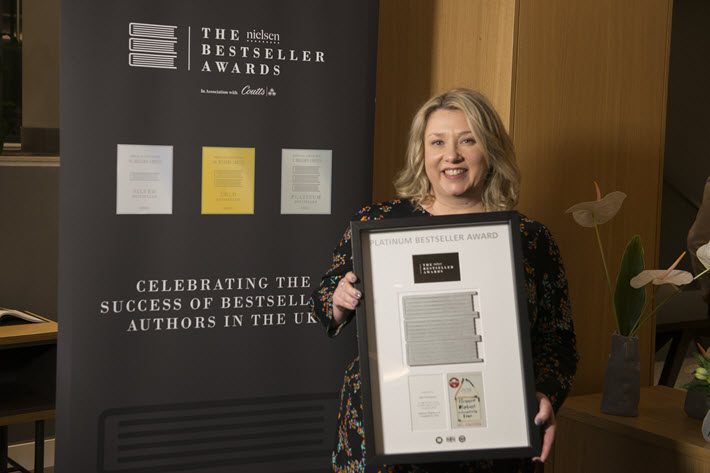 Author Gail Honeyman was a Platinum bestseller in 2018 for her runaway debut ‘Eleanor Oliphant is Completely Fine.’ Image: Nielsen Book 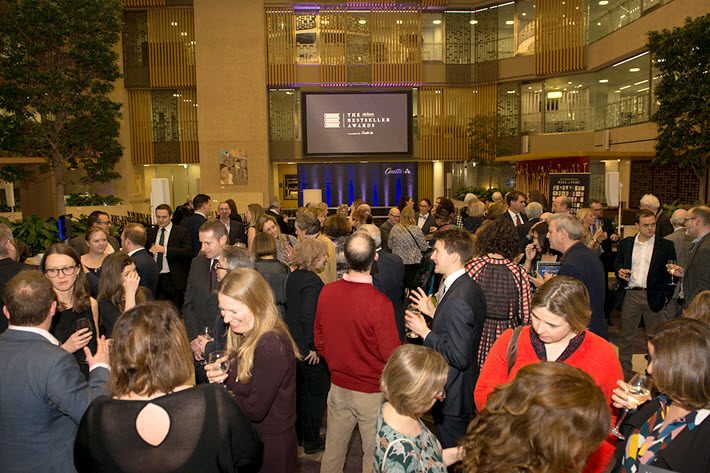 For some context, however, it’s worth turning to The Bookseller editor Philip Jones, who on Friday (January 18) in his leader piece, “Quality Street,” for the magazine put the best-case argument forward for an industry facing potentially radical uncertainty of leaving the EU: “Rather like the British prime minister’s flexibility over Brexit strategy, Plan B is really just a variant of Plan A. Keep going.”

How successful a concept this is remains to be seen, as does the progress of Brexit, itself. The former chancellor George Osborne is saying at Davos overnight that the profound rejection of the Theresa May plan may mean a delay in Brexit, as reported by Fareed Sahloul of MarketWatch. This, just as Sony becomes the latest company to announce that it’s moving its European Union headquarters out of the UK because of the perceived dangers to business of Brexit. Sony’s new home office will stand in the Netherlands. 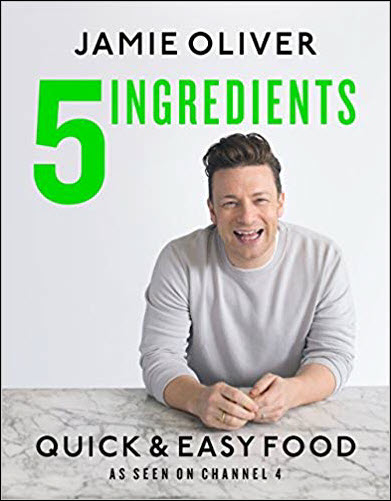 The British book publishing industry, meanwhile, one of the most robust in the world, depends on export for more than half its revenue annually and could be facing a potentially seismic disruption to its important international relations. That takes nothing away from the excellent performances of the Nielsen honorees, but it reminds us that the Nielsen Honors are for home-market performance: what the British consumer bought last year.

Close observers are noting that at a farther remove, another upheaval, and a more subtle one, was registered on Tuesday, as well: Netflix, now in 190 countries, was named to the Motion Picture Association of America (MPAA), becoming the first tech-born company to be seated alongside Disney, Paramount, Sony, Universal, Fox, and Warner Bros., as Deadline Hollywood’s Anthony D’Alessandro reports. He also covered today the streamer’s 15 Oscar nominations (up from eight last year).

Those who get to the last line of D’Alessandro’s MPAA report will notice that he writes, “It wouldn’t be surprising to see Amazon [Studios] join the MPAA down the road.” 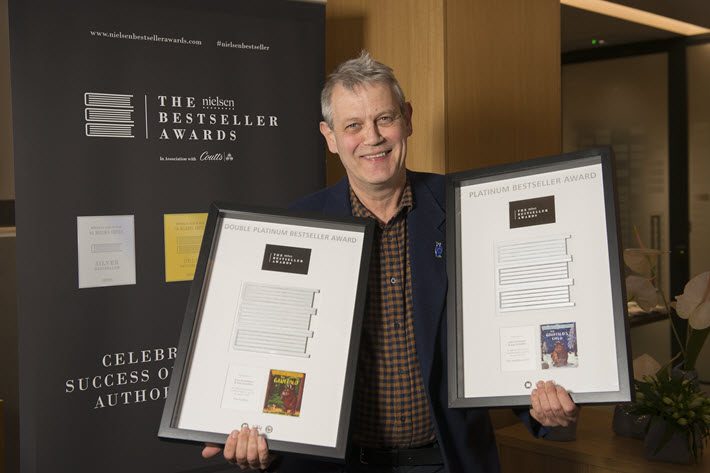 Change Ahead and ‘Plan B’

Philip Jones, focusing in his column on the can-do performance of the British industry in 2018, writes, “Publishing went back to its roots in 2018. Masterful storytelling from authors such as Gail Honeyman, Adam Kay, and Sally Rooney; zeitgeisty nonfiction such as Stories for Boys Who Want to Be Different; and searching nonfiction from Yuval Noah Harari, Michelle Obama, Michael Wolff, and Jordan B Peterson. If publishing felt a little lost during that dizzying period of the digital transition, when discounting and self-publishing conspired to undermine the role of the agent and editor, it now feels found.” 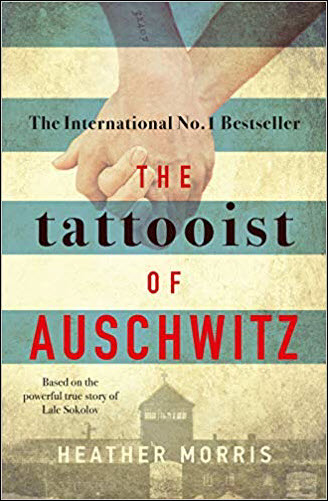 What’s more, he turns to Nielsen’s research and reportage of the numbers for a deserved upbeat assessment: “This week’s review of publisher performance shows how sturdy the sector has become: of the Top 5 general trade publishers, only one—the biggest, Penguin Random House—failed to grow its business in 2018, based on Nielsen BookScan data. Notable growers included HarperCollins, Pan Macmillan and Bloomsbury and within Hachette, Little, Brown and Orion.

“Outside of this core group Bonnier Books turned in an exceptional performance after the turmoil that followed the exit of its former CEO—thanks partly to the acquisitions made under Richard Johnson’s tenure, but also to the deft publishing of 2018’s runaway debut, The Tattooist of Auschwitz.”

It’s worth taking good measure of what Jones is saying. While nothing is ever perfect in the book industry, it appears that the UK’s business has departed from 2018 with a lot of wind at its back. Under normal circumstances—which seem so hard to recall anymore, in so many markets of the world—this would be a powerful run into 2019. And so it is. Pride in the UK’s bestsellers of 2018 is well-earned and rightly cheered. 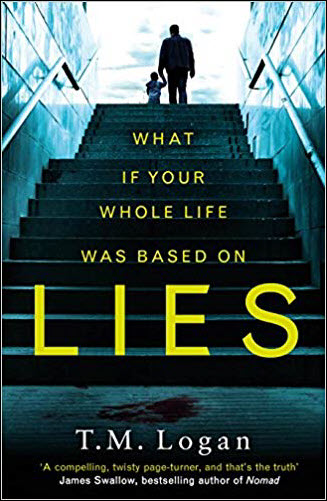 But there are those two major forces building in the world industry, and rapidly.

In his comments on the 2018 bestsellers, Andre Breedt, Nielsen’s managing director of its international book research program, called  2018 “another strong year for the industry, with sales keeping pace with the highs of recent years and where the largest category, nonfiction, saw growth in both value and volume sales.”

A running start, then, into a year of uncertainty, is represented by the bestseller awards applauded in London. And as Jones writes about looking for Plan B, it can only be expected that the search to come will be an interesting one. 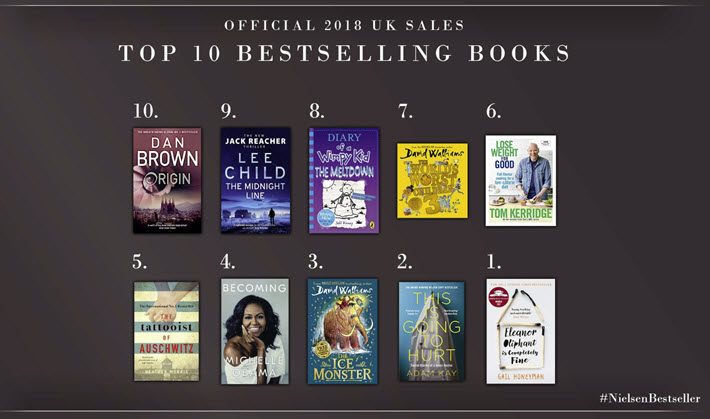 More from Publishing Perspectives on the UK industry is here, and more on books, film, and television is here.