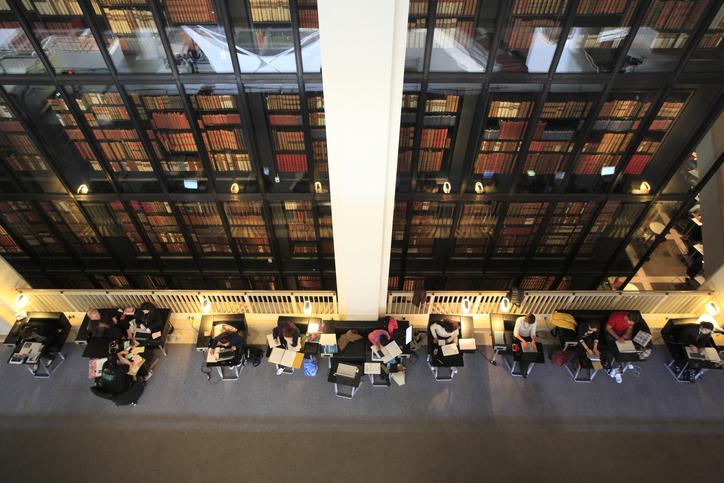 The 2019 cycle of seven prizes in translation administered by the UK’s Society of Authors names its shortlists. 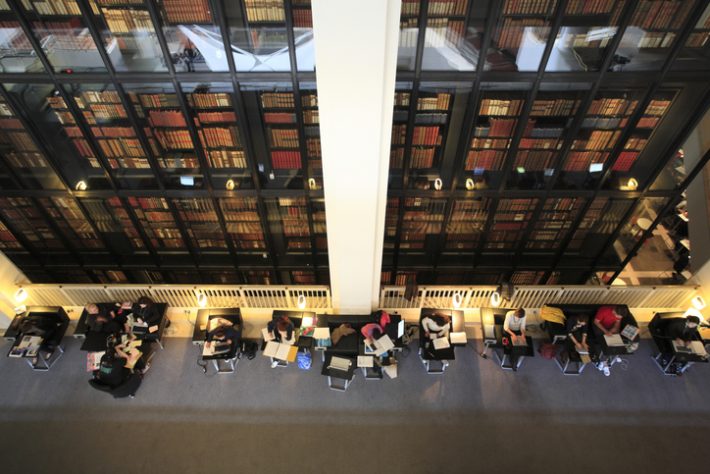 At the British Library where winners of the seven translation prizes will be honored on Febraury 13. Image – iStockphoto: Purplexsu

In its media messaging for the 2018 round of translation prizes, the UK’s Society of Authors announced its seven shortlists, comprising 31 titles translated into English from seven languages: Korean, Italian, German, French, Swedish, Spanish, and Arabic.

The winners of this cycle of various translation prizes are to be honored on February 18 in an event at the British Library’s Knowledge Centre. A total £15,000 (US$19,346) in awards money will be distributed in these various honors.

In an interesting point of visibility for translators and translated literature, this is the first time, the society says, that it has announced shortlists. It’s doing so, it says, “with the aim of sharing more of the exceptional works the judges have read this year.”

Publishing Perspectives readers will remember that the TA First Translation Prize established by translator Daniel Hahn is among these awards, and this is the second year it’s being conferred. It remains unique for dividing its winnings between a translator and her or his editor.

Hahn, as it happens, is himself shortlisted this year for another prize, the Premio Valle Inclán. We’ll begin with the prize Hahn founded.

This award splits £2,000 ($US2,580) between a translator and his or her editor. Jurors for this prize this year are award founder are Daniel Hahn with Philip Gwyn Jones and Margaret Jull Costa.

The prize has sponsorship both from Hahn and from the British Council.

The Florio is a biennial award of £2,000 ($US2,580) for translations into English of full- length Italian works of literary merit and general interest. This year’s judges are Marta Arnaldi and Professor Ann Hallamore Caesar.

The John Florio Prize has sponsorship from the Italian Cultural Institute, ALCS, and the Society of Authors.

The Schlegel-Tieck is an annual award of £3,000 (US$3,872) for translations into English of full- length German works of literary merit and general interest. This year’s judges are Dr. Benedict Schofield and Dr. Catherine Smale.

Sponsorship for this award is from the Goethe-Institut.

The Moncreiff pays £1,000 (US$1,292) for translations into English of full-length French works. Jurors this year are Ruth Cruickshank and Michèle Roberts.

The Moncrieff Prize has sponsorship from the Institut français du Royaume-Uni, ALCS and the Society of Authors.

The GBS award is triennial and carries a purse of £2,000 ($US2,580) for translations into English of full-length Swedish language works of literary merit and general interest. This year’s judges are Karin Altenberg and Helen Sigeland.

The Shaw award is sponsored by the embassy of Sweden and the Anglo-Swedish Literary Foundation.

This is an annual prize carrying £2,000 ($US2,580) for translations into English of full-length Spanish-language works of literary merit and general interest. This year’s judges are Katie Brown and Professor Francis Lough.

This prize is sponsored by ALCS and the Society of Authors.

The Banipal is an annual award of £3,000 (US$3,872) for published translations from Arabic of full-length works of imaginative and creative writing of literary merit and general interest. This year’s judges are Pete Ayrton,Georgia de Chamberet, Fadia Faqir, and Sophia Vasalou.

The winner in this case has been announced, and the prize will be awarded with the others on February 13.

The winner is Luke Leafgren for his translation of The President’s Gardens by Muhsin Al-Ramli (MacLehose Press). Jurors said: “Tender, funny, tragic, wise and poetic, The President’s Gardens is imbued with the richness and complexity of a region that has known so little peace over the last century. The translation reads smoothly and conveys beautifully the spirit and idiosyncrasies of the original.”

This award is sponsored by Omar Saif Ghobash and his family and the Banipal Trust for Arab Literature.

The shortlist, in addition to Leafgren’s book, included:

More from Publishing Perspectives on translation is here and on the Society of Authors is here.