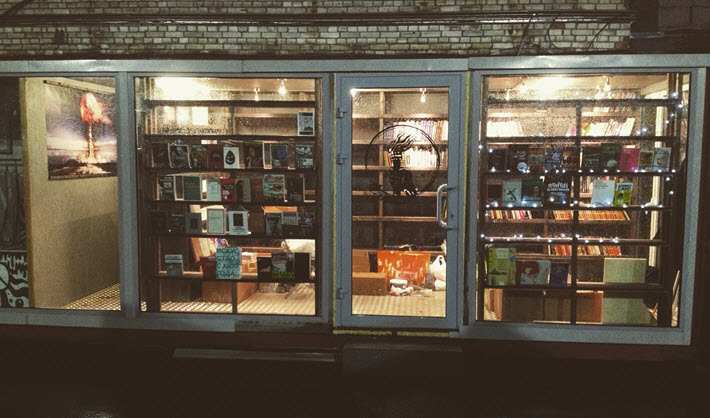 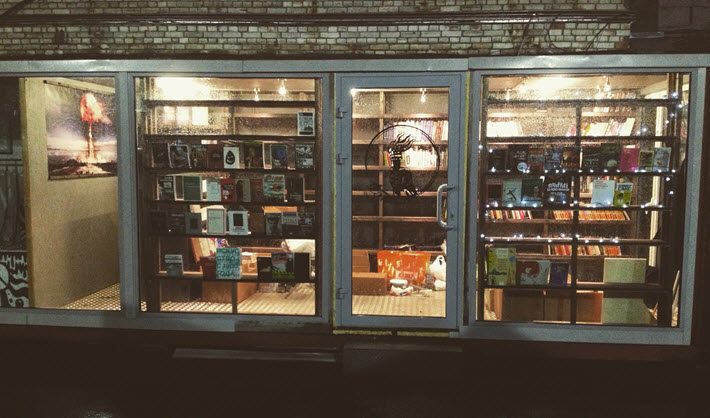 At an independent store in St. Petersburg. Image: Committee of Culture

According to statements from officials of Moscow’s science and culture ministry, independent bookstores in Russia can anticipate new levels of support this year.

A broad list of planned support measures has been discussed, the most important being to provide booksellers with special properties at which they can open new retail locations. According to state plans, these sites will be designated inside the facilities of state theaters, museums, libraries, and other cultural institutions. They’re to be made available to booksellers at deeply discounted rental rates.

Government statements indicate that support of independent booksellers this year is one of the state’s priority targets in the field of book publishing,  a recognition that large chain bookstores are creating formidable competition for independents. As Publishing Perspectives has reported, bookstore chains have announced major expansions and many are under the ownership of some of the country’s largest publishing companies.

Alla Manilova, deputy minister of culture, tells Publishing Perspectives that the rental rates offered to independent booksellers for the new retail sites will be based on the costs of janitorial services, housing, and communal expenses.

Several publishing observers are welcoming the new initiative, particularly in recognition of its placement of bookselling outlets near other cultural hubs.

Since 1989, the number of independent bookstores in Russia is reported to have been in steady decline. Despite the expansion of chain operations, the country is said to have one bookstore for every 50,000 people, while comparable European Union estimates are of one store for every 5,000 citizens.

High rental rates are frequently cited as a major problem, the cost of retail space accounting for some 35 percent of a bookstore’s budget, something independent store owners say is a major impediment to opening additional locations. Since 2008, average book prices in the country have already grown by some 40 percent, suggesting that price increases aren’t an option.

Speculative figures attached to the statements of intent for the new year estimate that as many as 10,000 jobs could be created by the anticipated expansion of independent retail sites. 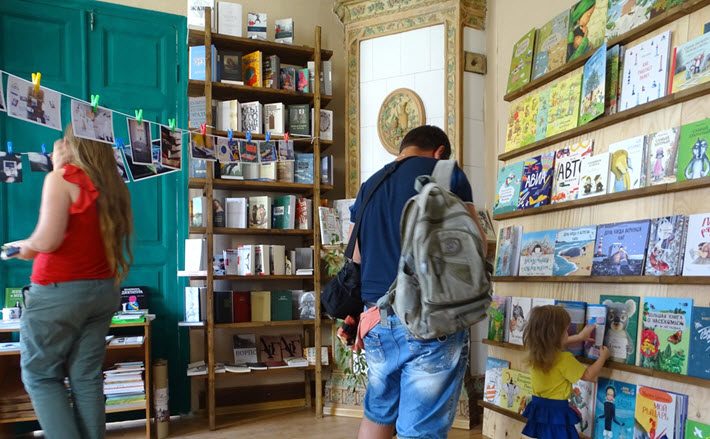 Inside an independent bookstore in the Russian capital. Image: City of Moscow

Lyubov Bialiatskaya, co-founder of a Vse Svobodny, a bookstore in St. Petersburg, calls the idea of new retail sites in cultural centers “beautiful” for readers and critical for booksellers operating outside of the large chains. She agrees with assessments that high rent is among shop owners’ most daunting challenges.

Nevertheless, there is criticism, too, of the announced state initiative.

Elena Yampolskaya, chairperson of the committee on culture for the Duma, says she believes that the latest state proposal in its current form, may contribute to a growth of corruption in the industry, and will not provide any help to independent booksellers.

Yampolskaya tells Publishing Perspectives that there are no guarantees that these preferential retail areas at cultural facilities won’t be snapped up by bookstore chains or by companies affiliated with them.

Her concern, however, isn’t shared by Boris Kupriyanov, co-founder of the publisher Phalanster, who says that even the occupation of the specially allocated premises by large bookstore chains will contribute to the overall development of the book industry and its sales sector.

In addition to the announced intention of the government to make new retail sites available, there are to be special grants and tax benefits extended to local publishers, funded by regional budgets and provided to booksellers, as well.