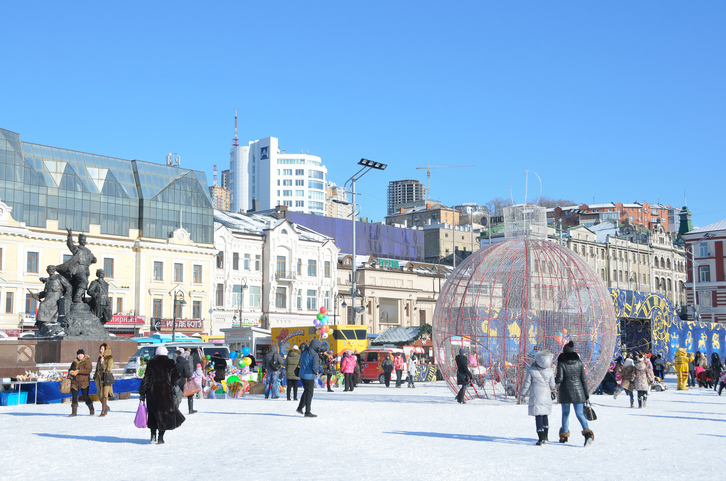 The share of online sales of books could be as high as 35 percent in the Russian market within five years, according to one executive. 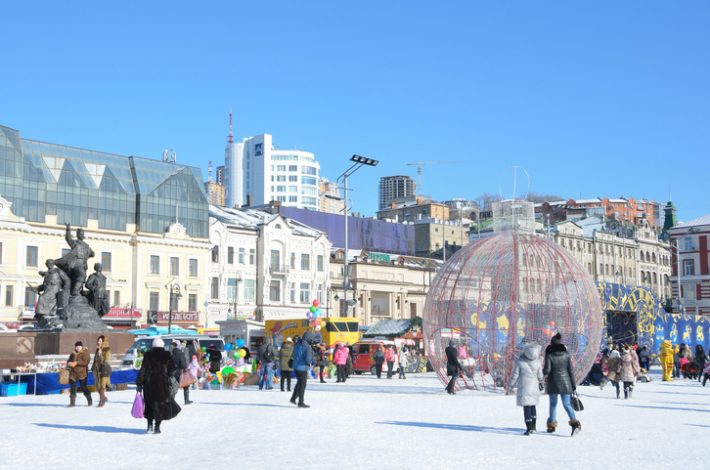 Editor’s note: In the last year, chiefs of major Russian publishers there have told Publishing Perspectives that they were rapidly expanding their own networks of physical bookstores to keep up with demand, even as shopkeepers on the ground said they were challenged. Today, the digital retail dimension comes into better focus in new media reports. —Porter Anderson

Russian booksellers say they share with their Western counterparts a rising concern that competition with online stores is deepening quickly, even as government plans call for new retail space support for independent bookstores.

In recent years, the Internet has become a major channel for the market’s book sales, as shopping online has expanded and taken business from physical retail, according to media reports.

Last year the Russian book market grew by 7 to 8 percent in value terms over 2017, to 79 billion rubles (US$1.19 billion)—according to Eksmo-AST’s CEO, Oleg Novikov, in a report from Ekaterina Bryzgalova at Vedomosti—though experts predict a slower rate of growth for this year.

Publishers and booksellers confirm to Publishing Perspectives that the slowing growth seems to be caused, in part, by a consumer shift towards online sale channels.

Novikov says, “When we assess the annual turnover of the common bookstores we already have operating, we find that that turnover is stagnating.”

He says the sluggish tempo of sales is easily associated not only with the quick development of Internet channels targeting book consumers, but also with the Russian consumer’s reduced purchasing power.

Novikov describes what is called in Western markets “showrooming,” or people browsing physical stores, choosing books, then ordering them online. And that, he says, is clearly driven by Internet outlets’ lower prices.

A spokesman for the ministry of science and culture tells Publishing Perspectives that it sees price differences between traditional book retail and online channels to be as high as 25 to 30 percent, so the savings for consumers can be significant.

The situation for Russian booksellers is complicated by the fact that the majority of them can’t raise their own prices to combat the attrition to online consumerism.

Effectively, the consumer base for brick-and-mortar stores is being arrested in its growth, and even waning, as online outlets woo customers from physical stores.

The growth online is confirmed by more statistics from the ministry, which says that in 2018, online sales of books in Russia grew by more than 25 percent over 2017. This increased the online percentage of the overall book market’s sales to roughly 20 percent—a figure well behind that found in some Western markets but a serious section of the market for a nation still adjusting to the impact of digital consumerism.

In an Eksmo-AST study of the situation, Nobikov told Vedomosti, in September, he could see a rise of 18 percent in online sales for books in 2018. “The development of online stores is faster than traditional bookstores,” he told Bryzgalova, adding that he could see the overall online percentage of book sales reaching 35 percent within five years.

Among options being considered by booksellers are a general drop in pricing and/or deep discounts and sales and a more aggressive roll-out of small bookshops to increase the convenience of physical bookstore shopping.

As a ministry spokesman tells Publishing Perspectives, some booksellers are currently in talks with domestic publishers about potentially reconfigured pricing policies for books, special advantages to brick-and-mortar retail to try to regain and retain traction against online platforms.

The Russian government, the ministry says, is aware of the current problem domestic booksellers are facing with online competition, and considering new measures of support.

As Publishing Perspectives has reported, Vladimir Medinsky, the culture minister, several weeks ago announced state plans to submit a bill to the State Duma to rent spaces in cultural institutions to domestic booksellers at discounted rates.