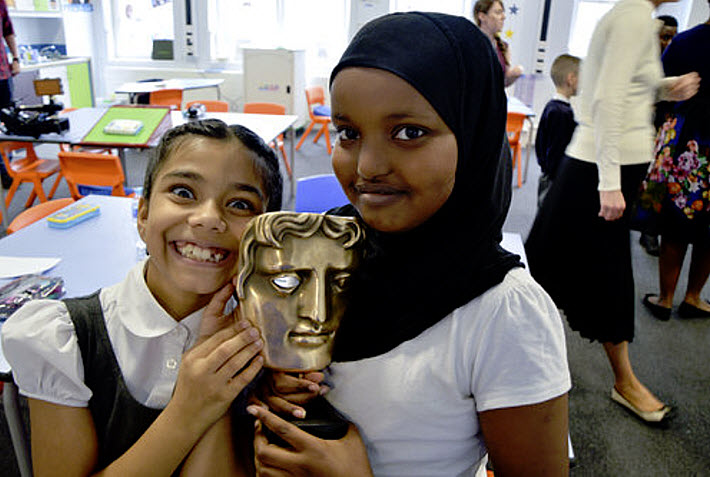 The partnership of BAFTA Kids and Place2Be combines film and television school tours with mental and health programming. 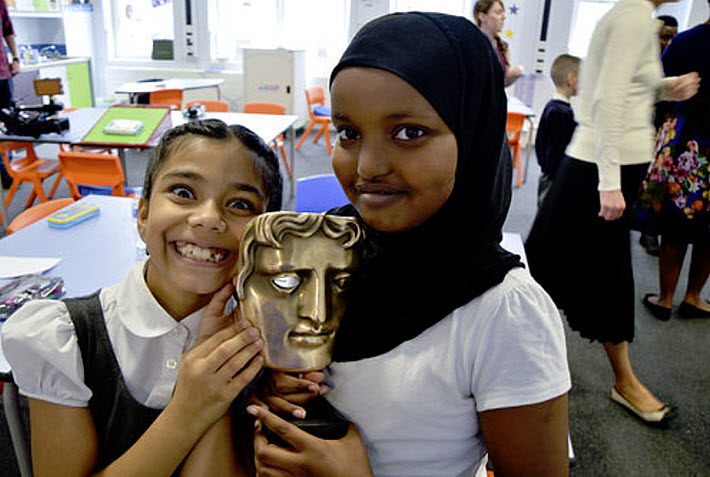 Each year, the London Book Fair designates a “Charity of the Year” with a reading- and/or literacy-related mission. In the past, the selected nonprofits have included The Kittiwake Trust, Worldreader, First Story, BookTrust, and Book Aid International.

Today (January 31), the trade show is announcing that the British Academy of Film and Television Arts’ BAFTA Kids Roadshow with Place2Be program is the 2019 choice of a focal charity.

What may seem like an ungainly name—BAFTA Kids Roadshow With Place2Be—is derived from several programming elements.

BAFTA Kids is the film academy’s youth program, of course, aimed at 7- to 14-year-olds, and comprised of both online and in-real-life activities that help children “explore and find out more about the worlds of films, television and games by providing content, information and experiences that only we can, across many platforms.”

Place2Be is a partner charity of BAFTA Kids, which, according to its literature, “provides emotional and therapeutic services in primary and secondary schools, building children’s resilience through talking, creative work and play.” Place2Be has the royal patronage of HRH the Duchess of Cambridge.

A BAFTA Roadshow is a touring program that goes to schools and other centers of children’s programming, usually with a “TV Presenting Masterclass” session that emphasizes confidence, self-esteem, and resilience.

Based in a partnership struck up in 2017 between the BAFTA Kids and Place2Be programs, the combined activities of  a roadshow “include a ‘Behind The Scenes’ assembly looking at BAFTA-nominated and award winning film, games and television content, to encourage creativity among young people”–and the Place2Be emphasis on mental health and emotional wellbeing (which will be highlighted next month during the UK’s Children’s Mental Health Week, February 4 to 10).

Roadshows are hosted by children’s television presenters who act as role models and inspiration. Hosts in the past have included CBBC’s Katie Thistleton, Blue Peter’s Lindsey Russell, and CiTV’s Arielle Free, Luke Franks, and Sam Homewood.

What an inspiring day we had with @BAFTA Kids Roadshow @Place2Be @KatieThistleton @BenShires @helenblakeman and Darsharn Anderson. We even got to see a ‘real life’ BAFTA award! pic.twitter.com/3QRKfa7le4

As The London Book Fair’s (March 12 to 14) Charity of the Year, BAFTA Kids Roadshow with Place2Be will be an exhibitor and will benefit from the fair administration’s marketing support as well as elements of year-long promotion, including fundraising opportunities.

In a prepared statement, the fair’s director, Jacks Thomas, is quoted, saying, “The BAFTA Kids Roadshow with Place2Be is a fantastic initiative that inspires and supports children and schools across the UK.”

BAFTA is also working with the fair’s conference director, Orna O’Brien, in programming for this year’s Quantum Conference

“We’re entering our third year of touring the roadshow around the UK and reaching children in schools supported by Place2Be.

“In common with London Book Fair, BAFTA recognizes the vital importance of storytelling and its impact on young people in developing their imaginations, creativity and mental well-being.”

BAFTA Kids also partners with BBC Studios, the Cartoon Network, the Disney Channel, and DHX Media. Below is a video produced by BAFTA Kids on its 2017 activities, in some cases partnered with Place2Be.