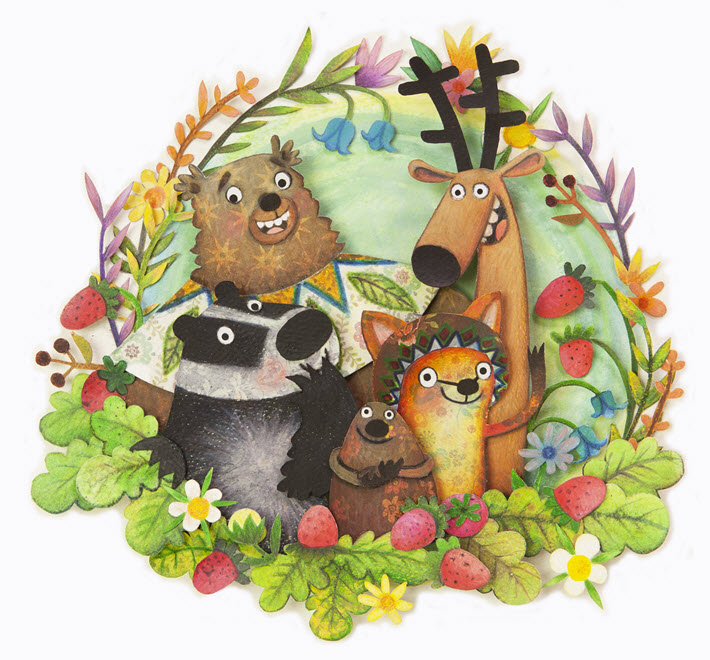 The content development company once associated with Rovio and its ‘Angry Birds’ is operating under a new name and has a deal with ‘Deer Little Forest.’

The new licensing deal announced by London’s Koko Rose Media for the Deer Little Forest brand created by Jo Rose sees an expansion of the content to Sweden, Denmark, Norway, Finland, and Iceland, along with European publishing rights.

Deer Little Forest is an early-learning series for children up to age 3, with Lockhart Deer as the lead character in a cast illustrated by Rose. Ingrid Selberg, formerly managing director of Simon & Schuster UK Children’s, developed a series of board books based on this content.

The Deer Little Forest books made their debut at the Bologna Book Fair in 2017, with Ingrid Selberg Consulting Ltd. listed as developer. As Publishing Perspectives reported that year, digital publishing rights were sold in an arrangement with Cyprus’ AmayaSoft for development of English-language learning products.

At that time, licensing agents in 27 countries already represented Jo Rose’s cast of critters, which draw on elements of Scandinavian folklore and the inspiration of southern England’s New Forest.

Today (January 8), Ferly, an entertainment development company you may well have known previously as Kaiken, announced that it is in a new deal to develop the kids-oriented arts and lifestyle brand “across publishing in Europe” as well as with its licensing in the north.

According to company messaging, the agreement will see Koko Rose Media and Ferly “work together to exploit current licensing and publishing assets across traditional category lines, as well as to create entirely new content across various platforms, starting with publishing.

“Additionally, Ferly with work together with other DLF agents on the creation and representation of publishing content, such as board, activity and story books.”

In a prepared comment, Ferly’s licensing chief, Heikki Laaninen, is quoted, saying, “This is the kind of vibrant storytelling and artistic design that we believe will absolutely appeal to Nordic audiences.”

And for Koko Rose, managing director Lisa Hryniewicz, calls the Ferly team “out of the box thinkers.

“Ferly’s team has a rare combination of progressive strategy and traditional creativity,” Hryniewicz says, ‘ideal for taking high-quality properties to the top of a competitive industry.

“Ferly also has a very flexible and responsive structure, able to respond and adapt quickly to a challenging and evolving market. We know that DLF is in the best hands possible.”

The name Kaiken is ringing a bell for you because Kaiken Entertainment was the name for the company based in Helsinki and Vancouver, developed by Laura Nevanlinna and her colleagues as an independent studio and book publishing business originally created to work with Rovio, among other things, for Angry Birds.

Today, the renamed Ferly is classifying itself as “an entertainment company specializing in storytelling through TV, film, apps, publishing and licensing. Based in Los Angeles” as well as Helsinki and Vancouver, “we discover, develop, and create original brands with the potential to build multimedia franchises around them.

At the 2018 Publishers’ Forum directed for Klopotek by Rudiger Wischenbart, Nevanlinna made the point that the books industry increasingly sees such licensing liaisons and collaborative partnerships as a path forward in a world in which reading—and thus book sales—won’t be able to sustain publishing houses as before.

Ferly is being positioned now as a boutique agency for “a highly specialized, tailor-made approach that best leverages the power of the unique brands.” The company is stressing its “one-stop shop” capabilities of licensing, in-house publishing, and animation along with its background of years in the business with manufacturers, television and film studios.

In the UK, Deer Little Forest licensing and publishing rights are represented by Sarah Lawrence’s This is Iris agency. In the States, Jonathan Symington’s The Lantic Group carries the account. In Japan, Honmoku Files, the agency led by Nobutaka Nagai (who like Symington has a Disney background) is handling rights and licensing for the brand.

Koko Rose Media is a joint venture between Hryniewicz and Rose. 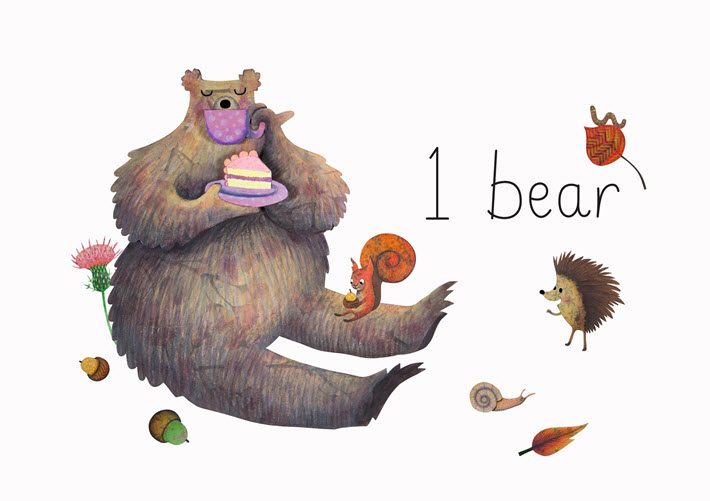 More from Publishing Perspectives on international licensing is here, on rights is here, and on children’s books is here.