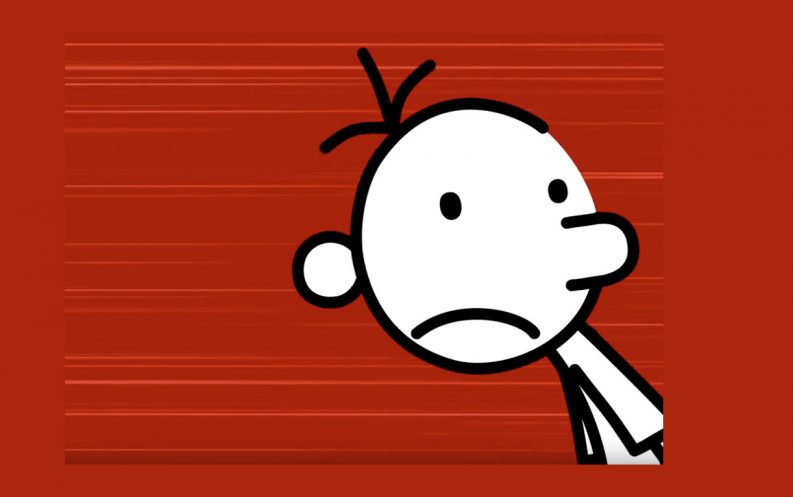 Fans of the ‘Diary of a Wimpy Kid’ series get a new look at Greg Heffley in April when Jeff Kinney’s new book releases in at least 18 markets. 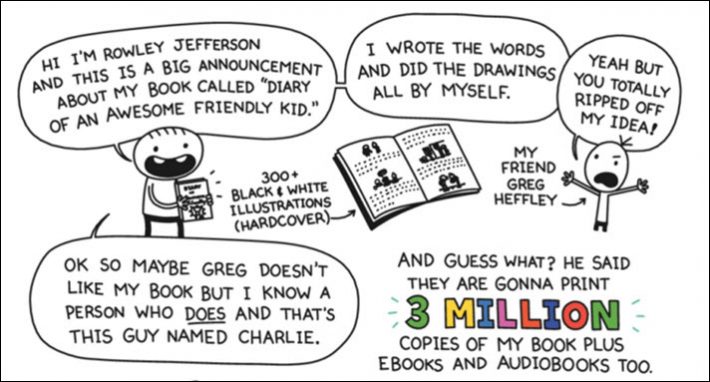 ‘Shouting With Joy and Delight’

A date of April 9 in the States and Canada has been set for the release of Diary of an Awesome Friendly Kid: Rowley Jefferson’s Journal by Jeff Kinney from Abrams imprint Amulet books. The first printing of the novel has been announced at 3 million copies, and rollouts are planned through the remainder of the year in at least 18 countries. 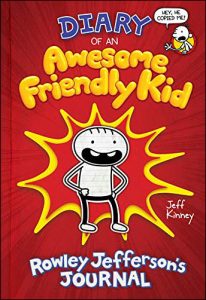 And not for nothing is Wimpy Kid Greg Heffley seen on the cover of the new book yelling, “Hey, he copied me!”

Kinney is copying himself. Apparently, when you’re one of the biggest children’s books authors in the world, you occasionally want to shake things up and write about someone other than your star attraction but you don’t want to stray from the formula that works. So Kinney is introducing Rowley Jefferson as the best friend of his wimpiness Greg Heffley—even as readers await the 14th Wimpy Kid book, which is to be out late this year.

Understandably, publishers are giddy at the news. In the UK, Francesca Dow at Penguin Random House’s Puffin has told Charlotte Eyre at The Bookseller that the news of a new Kinney series is “one of the biggest announcements in children’s publishing.”

And in a prepared statement in the States, Abrams CEO and president Michael Jacobs is quoted, saying, “Jeff Kinney’s power to excite, engage, and expand his fans’ worlds is evident in the amazing sales of the ‘Diary of a Wimpy Kid’ series, which has made reading fun for millions of kids around the globe.

“Now, that experience will be doubled with the introduction of Rowley Jefferson’s own voice. I can already hear the kids, parents, educators, and booksellers shouting with joy and delight.”

And of course, there’s reason to see the advent of a new book from a new character perspectives as great news for profits on the horizon. In media messaging from Abrams, it’s reported that the “Diary of a Wimpy Kid” books now are published in 70 editions and in 59 languages. More than 200 million copies of the books in the series reportedly have been sold internationally. Published in 2007, the first book was an instant bestseller and has remained on the New York Times bestseller list since its publication and through the release of the 13th book for more than 655 weeks total. 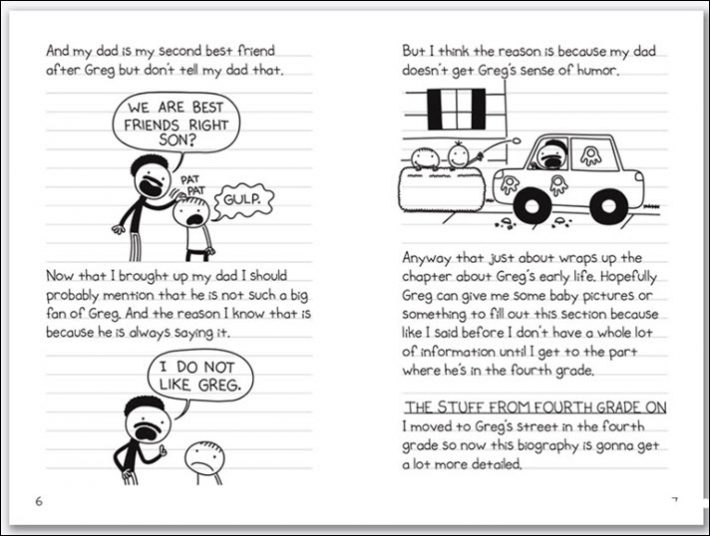 Awesome Friendly Kid is Kinney’s first departure from the Wimpy Kid tried-and-true, and it gives us Rowley Jefferson’s effort to write a biography of Greg Heffley, which, according to advance copy on the book, turns out to be “a hilarious mess.” The book has more than 350 black-and-white illustrations. 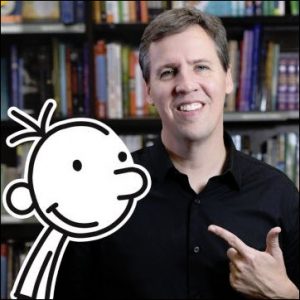 Kinney, as many know, is a bookstore owner based in Plainville, Massachusetts, and the deal with Abrams/Amulet was made by Charles Kochman, Abrams’ editorial director, who is also editing the new book.

And looking beyond Abrams’ understandable glee, the industry itself owes Kinney a debt of gratitude because he gets boys to read.

Needless to say, every single girl who reads is a princess of the realm. But the book business has been slower, on the whole, about working for the male readership as readily as it does for its bookish female fans.

You can see just how effective an idiom this author has created for the guys in this promotional video released on WimpyKid.com about the new series: