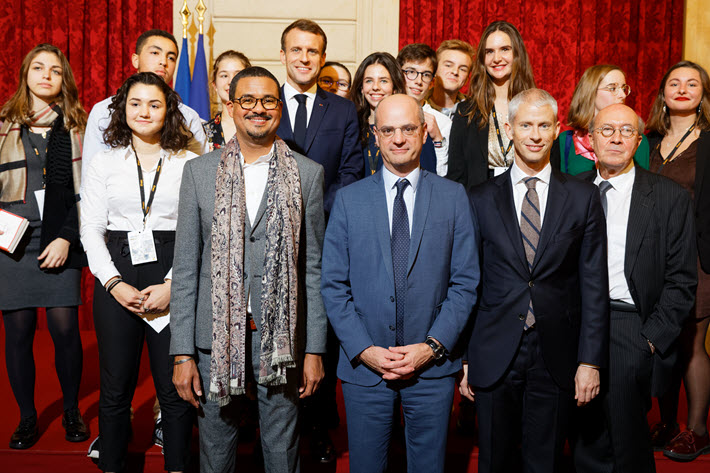 Award-winning author David Diop is the client of a young one-woman literary agency in France. Looking at her rights sales, you can understand the agency’s name: So Far So Good. 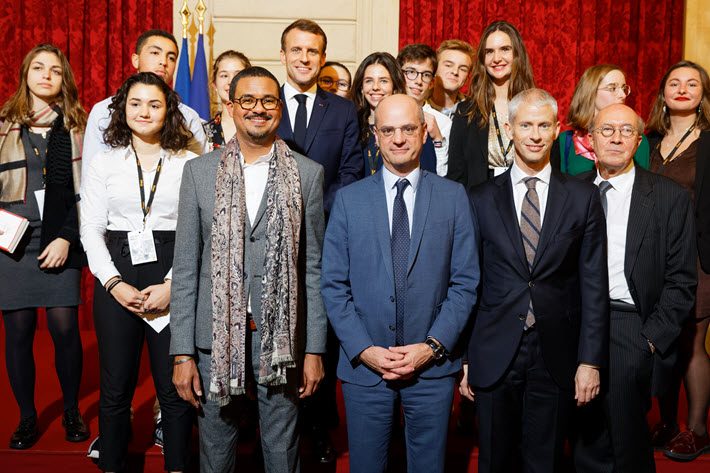 We last heard from literary agent Magalie Delobelle in October, when she told us about selling rights for ‘Frère d’âme’ in the Frankfurter Buchmesse’s LitAg. What Delobelle didn’t know then was that a month later, Diop would win the 31st Prix Goncourt des Lycéens. —Porter Anderson

Every literary agent hopes to find a new author who has a good story to tell. For French agent Magalie Delobelle, that author has become David Diop and the book is Frère d’âme (Soul Brother), which Publishing Perspectives readers may recall from a Rights Roundups edition of last May.

At that pre-publication point, Delobelle was reporting only sales in Italian and world English in addition to its original French edition, which the 84-year-old house Éditions du Seuil published last August.

Still another offer is pending from Lebanon.

And so it is that 2018 was a lucky year for Delobelle’s young French agency So Far So Good, which she operates alone. Frère d’âme tells the story of childhood friends, Alfa Ndiaye and Mademba Diop, who become part of France’s colonial army troops as Senegalese tirailleurs, or riflemen, during World War I.

“Lots of publishers are competitive with each other, but I’ve only seen a healthy relationship among agents.”Magalie Delobelle

“We thought we needed to be discreet,” she says, based on a traditional suspicion in France of literary agents, “The fact that David was on all the shortlists, and because he came out of nowhere, we were afraid that coming from an agency it was better to be cautious and lie low. But it was an unnecessary precaution.” Since 2016, the presence of a new professional alliance of literary agents has has helped promote dialogue between publishers and agents and educate people about the profession.

When Delobelle opened SFSG in 2014, she says, she quickly had requests from smaller publishers for representation.

“Small independent houses have a real need” she says. “They don’t have rights people. It takes a network and time to develop.”

‘A Woman in Publishing Under 30’

Like many agents in France, Delobelle is a publishing insider, having worked as a rights manager for a Canadian publishing house, Les Allusifs, for several years and in foreign rights for the Paris-based Éditions Zulma.

When Les Allusifs was bought by the Leméac in Montreal, Delobelle decided to open her own agency.

“As a woman in publishing under 30,” she says, “you only get jobs as an assistant, and I didn’t really want that. I had been working closely with authors and wanted to continue working with a small group of authors to be there 24 hours a day for them.” That’s borne out by a look at her author page. It lists just 11 clients including Diop.

Delobelle says she found a warm welcome from other agents.

“Foreign and French agencies took me in with open arms. There’s a real solidarity in Europe. As soon as I have a problem, I can call another agent for advice and they’re very supportive. Lots of publishers are competitive with each other, but I’ve only seen a healthy relationship among agents.”

Delobelle chose an anglophone name for her agency because “it’s more international,” but the inspiration came from the French cult film, La Haine, in which a character repeats the sentence jusqu’ici tout va bien, “so far so good.”

The Impact of the Prize

The Prix Goncourt des Lycéens, now in its 31st year, is organized by the ministry of education and youth and the retailer FNAC. Its name—which refers to high school students—comes into play in the protocol by which its candidates are chosen.

Fifty high school classes in France are chosen to read the 15 books on the Prix Goncourt longlist. Regional meetings are organized between the 2,000 or so students and the authors, who present their books to the students and answer questions. As the Leyris-Dryef article in Le Monde shows, it turns out to be important for the longlisted authors to to engage in these meetings. Their personal contact with the students weighs heavily in the students’ decisions.

With their teachers, the students narrow the titles to a shortlist of five books. A final jury of 13 students then decides on a winner.

Delobelle, who studied medieval Islamic history, lives in Pau in southwestern France, and first met Diop in March 2017 at the local university where he teaches 18th-century French literature. Delobelle gave a talk on the role of the literary agent for one of his classes.

“David is very discreet,” she says. “After the talk, he didn’t tell me he wrote, but two months later he sent me his manuscript.”

Delobelle took four or five months to read the manuscript, but once she’d read it, she signed a contract with Diop that week.

She sent the manuscript to a few choice publishers in December 2017 and told Diop she’d call him in January. That same week she had an offer and the following week she had four. And yet she chose not to sell the book at auction.

“All the publishers made the same offer, which I thought was a good sign,” she says. They accepted Le Seuil’s offer.

More from Publishing Perspectives on international rights sales is here, on the French market is here, and on book prizes is here.