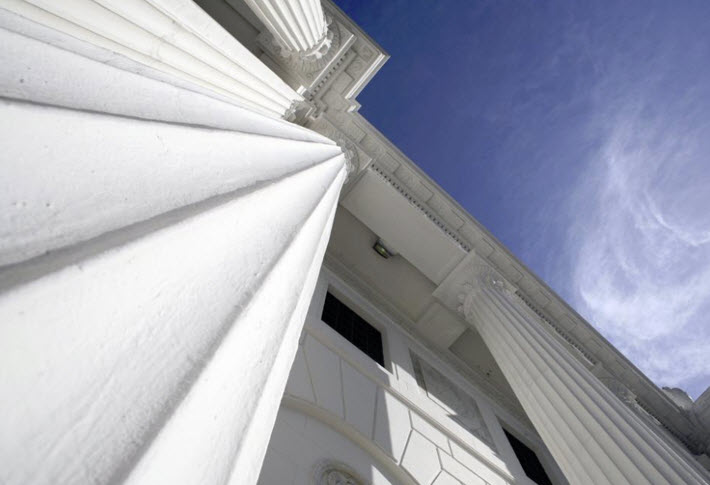 The ‘controlled digital lending’ debate: California’s Internet Archive finds itself on the wrong side of the English-speaking world’s two largest author trade organizations. 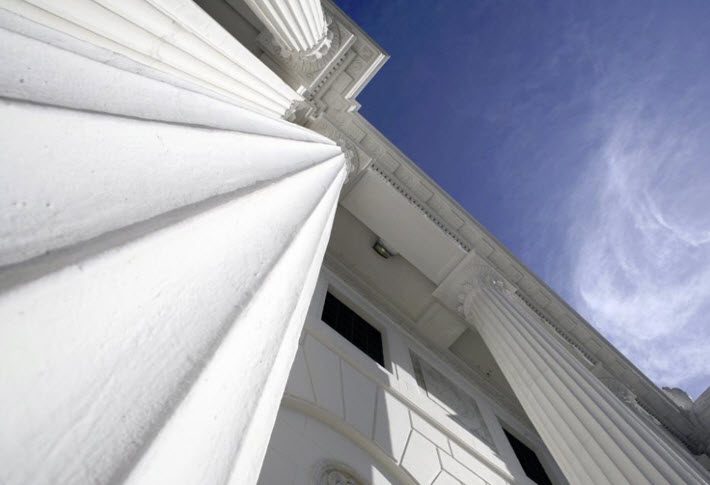 ‘Shameful, Unjust, and Even Inhumane’

In the same kind of solidarity they showed in calling for author contract reform from publishers, the United States’ Authors Guild and the United Kingdom’s Society of Authors are making simultaneous demands that the Internet Archive’s Open Library immediately stop lending scanned copies of physical books on their site.

“We must stop this Controlled Digital Lending nonsense in its tracks.”Authors Guild statement

Today (January 18), the Society of Authors in London has issued a media alert to its cease-and-desist open letter to the Internet Archive, and—as in previous instances in which the English-language world’s two largest author trade organizations have teamed up—the eloquence inherent in writers’ work is quickly apparent in how they’re putting across their message.

The Society of Authors refers in its open letter to the one issued by the Authors Guild, and in both cases, these professional bodies, each with some 10,000 members, are calling for their members and supporters to sign and submit the letters to the San Francisco-based Internet Archive.

At issue is what the Authors Guild in New York asserts is an “unauthorized copying, distribution, and display of books” that’s “shameful, unjust, and even inhumane.”

At this stage of the fast-growing protest, both organizations are taking aim at the phrase “controlled digital lending” (CDL) as a sham in the protections provided to authors by copyright law.

The Guild’s explanation in an article headlined Controlled Digital Lending Is Neither Controlled nor Legal, is cleanly laid out this way:

“‘Controlled Digital Lending’ or ‘CDL’ is a recently invented legal theory that allows libraries to justify the scanning (or obtaining of scans) of print books and e-lending those digital copies to users without obtaining authorization from the copyright owners.

“A position statement on CDL, along with an accompanying white paper, was issued this past October by legal scholars, the culmination of several academic meetings on the subject.

“The statement and paper argue that it is fair use for libraries to scan or obtain scans of physical books that they own and loan those books through e-lending technologies, provided they apply certain restrictions akin to physical library loans, such as lending only one copy (either the digital copy or the physical copy) at a time and only for a defined loan period.”

As the Guild goes on to note, the Internet Archive is not the only organization to sign the CDL position statement. Library systems including the massive California State University libraries and the Boston and San Francisco public libraries, the Guild reports, “are signatories and apparently already rely on CDL to e-lend scanned copies of books.” 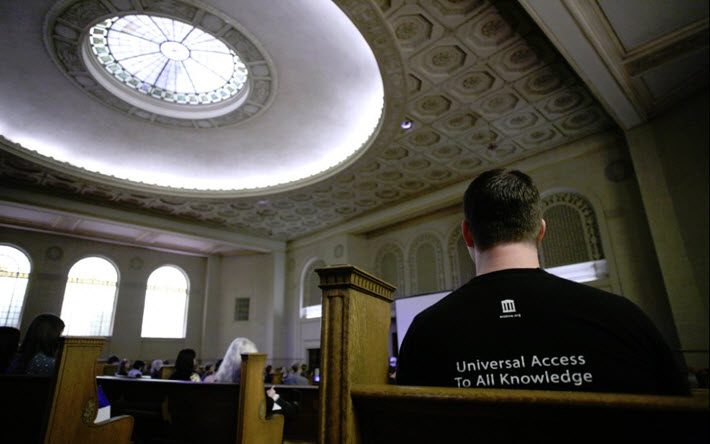 What triggered the guild’s initial January 8 commentary on the matter, as its staffers write, is that the organization has seen the Internet Archive’s Open Library “start rejecting notices sent by guild members asking for unauthorized digital copies of their books to be taken down, citing that it ‘operates consistently with the Controlled Digital Lending protocol.” The guild challenges the archive in two ways:

In the UK, the Society of Authors’ explanatory article, Help Us Tackle Ebook Piracy, asks authors to alert the organization to use a form to report to it any appearance of their content on the Internet Archive’s Open Library site. And it says in its open letter to the archive, “We are writing to demand that you cease making available to UK users the unauthorised lending of scanned books on Internet Archive’s Open Library site.”

The Society of Authors’ treatment of the case is laid out further this way, introducing the challenging element of the Internet’s borderless reality:

“Whatever arguments you choose to put forward in the US, you must be aware that the US fair use doctrine does not apply in the UK where all scanning and lending must be authorized by the copyright owner.

“There is no legal basis for the practice of scanning books without permission or lending them in the UK. Despite this, users in the UK are currently able to borrow scanned copies of physical books from Open Library. That is a direct and actionable infringement of copyright.

“The Internet Archive claims that Open Library is ‘honoring the rights of creators.’ However, the practice of Controlled Digital Lending does nothing of the sort. Authors are not asked for permission before their work appears on Open Library, and they do not receive any royalties.”

The society, headed by Nicola Solomon, takes the step of issuing a date by which it requires an agreement  from the Internet Archive “that you will immediately take measures to ensure that Open Library books are not made available for downloading in the UK. We also demand that you stop scanning books by UK authors without permission.”

Should the Internet Archive not comply by February 1, the Society of Authors says in its letter, “we will have to consider legal action on behalf of our members to prevent this practice. If that becomes necessary we shall be seeking damages for copyright infringement and payment of all legal costs.” 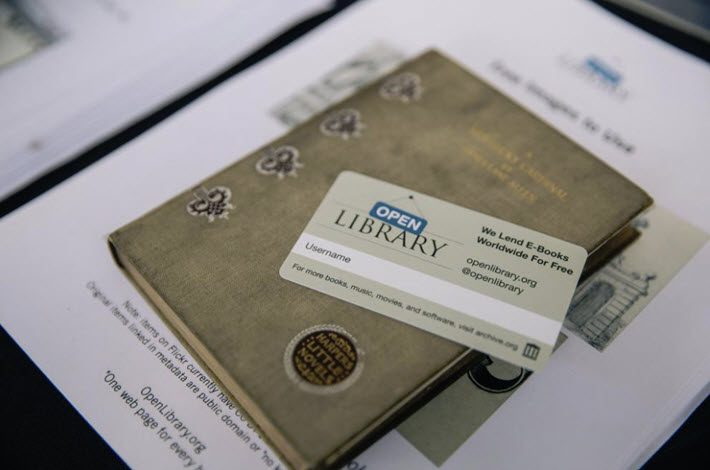 In the States, the Authors Guild has demonstrated more than once that it, too, has a formidable legal department in place, headed by the organization’s executive director Mary Rasenberger, a copyright attorney who has spent part of her career working with the US Copyright Office.

Publishing Perspectives readers will recall that the guild issued an effective and blistering response for Judge Hellerstein’s court at the Southern District of New York in the so-called “CockyGate” case. In that instance, an author had tried to trademark a common word to prevent others using it in titles. The guild was the leading body operating for authors in the incident and achieving a resounding outcome, effectively putting to rest anybody’s hope of capturing a word in common parlance as their own.

It can be anticipated that, should the guild’s legal office become engaged–and such language in its commentary as “We must stop this Controlled Digital Lending nonsense in its tracks” certainly makes it seem that the legal team is poised to move. It can be expected that Rasenberger will lead the effort.

As her staff writes, “CDL relies on an incorrect interpretation of copyright’s ‘fair use’ doctrine to give legal cover to Open Library and potentially other CDL users’ outright piracy—scanning books without permission and lending those copies via the internet. By restricting access to one user at a time for each copy that the library owns, the proponents analogize scanning and creating digital copies to physically lending a legally purchased book. Although it sounds like an appealing argument, the CDL concept is based on a faulty legal argument that has already been rejected by the U.S. courts.

“In Capitol Records v. ReDigi, the Second Circuit held that reselling a digital file without the copyright holder’s permission is not fair use because the resales competed with the legitimate copyright holder’s sales. … The same rationale applies to the unauthorized resale or lending of ebooks.” (More on the ReDigi case is here.)

And so it is that on booth sides of the Atlantic, authors are reporting any use they see of their content on the Internet Archives’ Open Library and are building their respective open-letter petitions for relief from what they define as the Internet Archive’s illegal use of their copyrighted content without permission or remuneration.

In an interesting side point that publishing industry professionals will understand, the Authors Guild writes, “CDL’s proponents seem completely ignorant of the large and growing markets for ebooks of older works, whether they are self-published by the authors, by publishers like Open Road and Rosetta who specialize in such books, or by authors reselling reclaimed rights to traditional publishers.”

And the Society of Authors is in lockstep with its American sister and brother writers at the Authors Guild. The battle is joined, in what London agrees with New York is “a direct and actionable infringement of copyright.”

Publishing Perspectives is asking the Internet Archive for a comment and will update, should one be made available.

More from Publishing Perspectives on the Authors Guild is here, on the Society of Authors is here, and on authors in the industry is here.