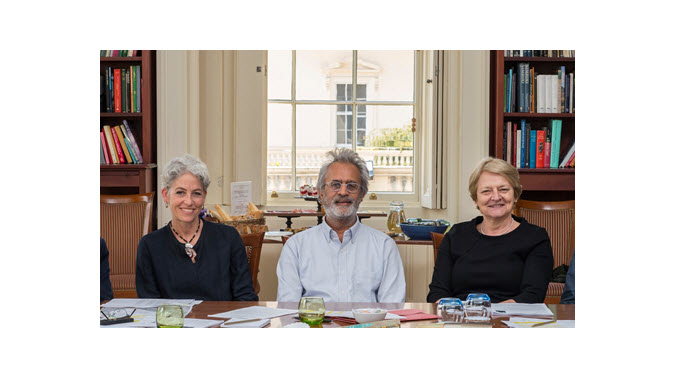 The British Academy’s Nayef Al-Rodhan Prize has staged an interview with its 2018 laureate at the Jaipur Literature Festival.

This morning (January 28) the British Academy’s 2019 Nayef Al-Rodhan Prize for Global Cultural Understanding is opening its 2019 award cycle to nominations with an event at the ZEE Jaipur Literature Festival.

There, Kapka Kassabova—winner of the 2018 prize for Border: A Journey to the Edge of Europe (Graywolf, 2017)—will be in conversation with The Economist’s South Asia bureau chief, Max Rodenbeck.

To be eligible for entry in this year’s award cycle, books must be works of nonfiction published in English between March 1 2018 and March 31 of this year. The jury will be looking for books that are “rigorous and evidence-based, that demonstrate original research and are likely to significantly advance public understanding and debate.”

Authors may be of any nationality, based anywhere in the world, and working in any language provided that the nominated work is available in the English language.

This is the prize founded and sponsored by Nayef Al-Rodhan, the international relations specialist and neuroscientist. It was first awarded in 2013.

The prize carries a purse of £25,000 (US$32,887) and recognizes “an outstanding contribution to global cultural understanding that illuminates the interconnections and divisions that shape cultural identity worldwide.” 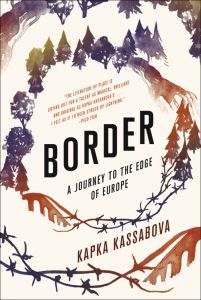 This year’s jury comprises the following–and “FBA” stands for Fellow of the British Academy.

In a prepared statement Sir David Cannadine, FBA, president of the academy, is quoted, saying, “The academy exists to help us get to grips with the great issues of the day that the humanities and social sciences can help to address, whether political, cultural or spiritual. …

“This year’s prize will be launched at ZEE Jaipur Literature Festival, which marks such an important collaboration across countries, religions, and cultures in a fantastic celebration of literature. The festival speaks directly to the values of this important prize, which itself is awarded to a non-fiction book that contributes to wider public understanding of cultures, peoples and geographies.”

And Amin, once again chairing the jury, is quoted, saying that in 2018, the program “saw a record number of entries for the Nayef Al-Rodhan Prize. … We heard from publishers in the UK, USA and Canada, Australia and New Zealand, Europe, the Middle East, South Africa and Asia. As the prize continues to grow, we are looking forward to receiving and considering the books that will inspire readers to develop a deeper understanding of questions of global cultural commonality and difference.”

A shortlist of up to six titles is to be announced in September and the winner’s announcement is to follow in an event at the academy on October 30.

A submission form is available here.

In its commentary on Kassabova’s work, the jury rationale was particularly articulate, addressing the nature of the author’s work in a way that highlights its relevance to the alarming stresses of the contemporary political crisis.

Kapka Kassabova “remembers playing on the beach, only miles from where an electrified fence bristled, its barbs pointing inwards toward the enemy: the holiday-makers, the potential escapees.”Al-Rodhan 2018 Jury

“When Kapka Kassabova was a child,” the statement reads, “the border zone between Bulgaria, Turkey and Greece was rumored to be an easier crossing point into the West than the Berlin Wall, so it swarmed with soldiers, spies and fugitives. On holidays close to the border on the Black Sea coast, she remembers playing on the beach, only miles from where an electrified fence bristled, its barbs pointing inwards toward the enemy: the holiday-makers, the potential escapees.

“Today, this densely forested landscape is no longer heavily militarized, but it’s scarred by its past.

“In Border, Kapka Kassabova sets out on a journey to meet the people of this triple border—Bulgarians, Turks, Greeks, and the latest wave of refugees fleeing conflict further afield. She discovers a region that has been shaped by the successive forces of history: by its own past migration crises, by communism, by two World wars, by the Ottoman Empire, and, older still, by the ancient legacy of myths and legends.

“As Kapka Kassabova explores this enigmatic region in the company of border guards and treasure hunters, entrepreneurs and botanists, psychic healers and ritual fire-walkers, refugees and smugglers, she traces the physical and psychological borders that crisscross its villages and mountains, and goes in search of the stories that will unlock its secrets.”

The video below was produced by the program with its 2018 winner, Kapka Kassabova.

More from Publishing Perspectives on the Nayef Al-Rodhan Prize is here, and more on awards in publishing is here.