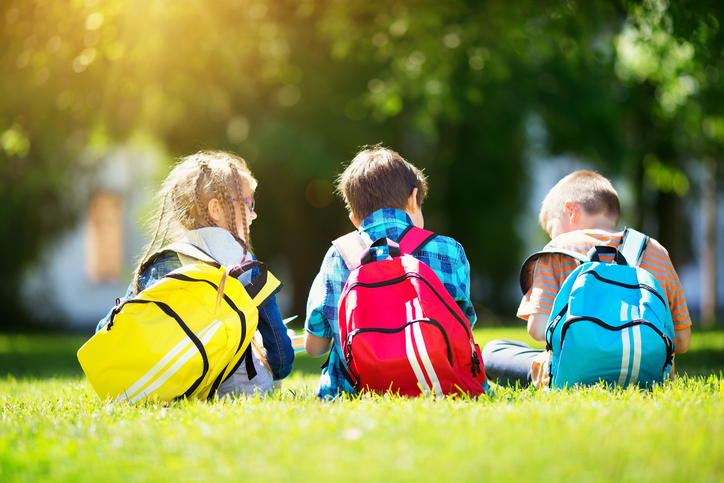 Amazon extends its translation publishing program to children’s books with the launch of Amazon Crossing Kids. Its first title is expected in July 2019. 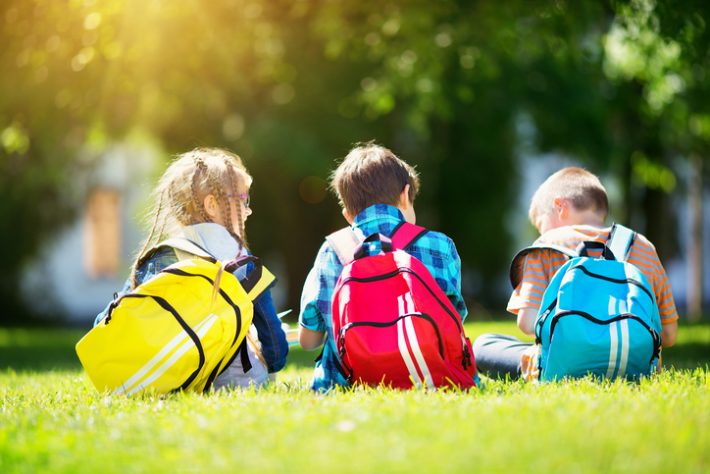 ‘A Broad Range of Perspectives’

The new imprint will focus on picture books in translation for children.

Needless to say, Amazon Crossing Kids has the benefit of a powerful and much-appreciated sibling imprint, Amazon Crossing, which today is the book industry’s largest and most aggressive publisher of literature in translation. 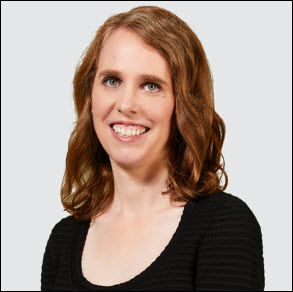 Until now, most of Amazon Publishing’s children’s literature has been concentrated in the Two Lions imprint led by Kelsey Skea. (Our interview with her is here.) With Skea heading up the new imprint, Amazon Crossing Kids may be welcomed by the translation community as a new chance to get culturally and thematically diverse content in front of the youngest readers.

In a prepared statement, the publisher of Amazon Publishing, Mikyla Bruder (our interview is here), says that the new development “blends the missions of Amazon Crossing and Two Lions by introducing terrific books from around the globe to readers who are beginning to develop their worldview.

“Whether a title has a universal theme with regionally-influenced artistry or focuses on an aspect of local culture,” Bruder says, “our list will encompass a broad range of perspectives, styles, and characters that celebrate what makes us unique as well as what we have in common.”

Skea told Publishing Perspectives last summer that Two Lions had bought the Ilaria Guarducci book being announced today and one other then-unnamed non-English title for publication this month. Those first non-English acquisitions for Two Lions may have helped seed the creation of the Amazon Crossing Kids imprint.

The new imprint has turned to one of the busiest translators working in the English market at the moment, Daniel Hahn. 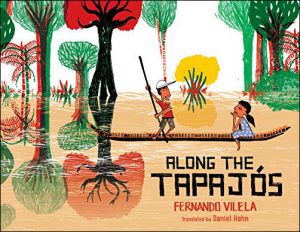 Hahn has translated Fernando Vilela’s Along the Tgapajós, releasing on October 29. This title first was published in Brazil simply as Tapajós (Grupo Brinque-Book, 2015). The author and illustrator Vilela wrote his book after a visit—entertainingly enough—to the Amazon rainforest. He’s a five-time recipient of Brazil’s Jabuti award and has been given an honorable mention from the Bologna Raggazi awards program.

The book is about two children and Titi the tortoise who live between the Amazon and Tapajós rivers and move with the annual rainy season. Titi becomes the key concern when he’s left behind and must be rescued in river journey, one assumes without blindfolds.

Hahn, of course, is the translator who used some of his International Dublin Literary Award winnings in 2017 (for his translation of José Eduardo Agualusa’s A General Theory of Oblivion) to create the TA First Translation Prize for debut translators and their editors. That prize program has just released its shortlist for its second iteration, through the Society of Authors. Hahn is also a winner of the London Book Fair International Excellence Award and the Independent Foreign Fiction Prize (The Book of Chameleons). He’s been shortlisted for the Man Booker International Prize (A General Theory of Oblivion) and for the Los Angeles Times Book Awards. 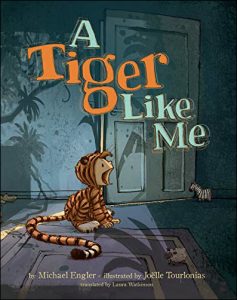 In a statement for the Amazon Crossing Kids announcement, Hahn is quoted, saying, “Publishing and translating children’s books from around the world is an important way to provide young readers with writing, illustration, and storytelling of the most extraordinary range and quality. Any new attempt to broaden our literary horizons, by making it easier for a greater variety of books to find a greater pool of readers, is to be welcomed enthusiastically.”

A Tiger Like Me (releasing September 1),  is written by Michael Engler, illustrated by Joëlle Tourlonias, and translated by Laura Watkinson, a winner of the Vondel for her translation from Dutch of Tonke Dragt’s The Letter for the King. Watkinson is the winner of the 2015 Mildred L Batchelder Award from the American Library Association for her work on Bibi Damon Tuk and Philip Hopman’s Mikis and the Donkey. 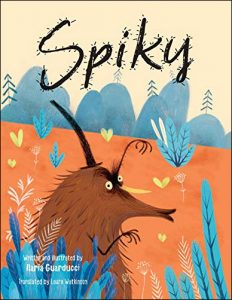 A Tiger Like Me, originally published as Ich bin ein Tiger by Auflage’s Annette Betz imprint in 2016, is about a boy’s interpretation of the world as the tiger cub he likes to imagine that he is.

Spiky (releasing July 1) is written and illustrated by Ilaria Guarducci and, like the Engler, is translated by Laura Watkinson. Published in Italian as Spino (Camelozampa, 2016), it seems mildly reminiscent of Julia Donaldson and Alex Scheffler’s Gruffalo material, featuring a forest creature named Spiky, who bullies others until he starts losing those sharp edges of his.

Changes in Personnel, and Spelling 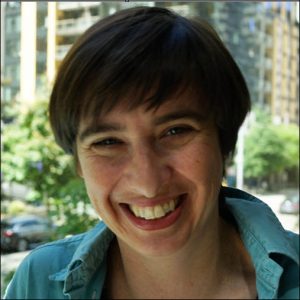 Led by editorial director Gabriella Page-Fort, Amazon Crossing has broken the translation barrier for many readers by using some of the business’ most skilled and best-known translators and by offering genre literature as well as literary fiction—a way to attract consumers to the work by genre rather than by language or cultural background.

The imprint doesn’t shy from literary fiction, but features historical fiction, romance, mystery, thrillers, and other work that great translation houses in the past tended to eschew. The same understanding of the market can be expected to inform the new Amazon Crossing Kids imprint. Skea will work with Page-Fort and with Two Lions editor Marilyn Brigham. The project is to engage a pool of authors, illustrators, and translators from many parts of the world.

In a conversation with Skea at Amazon’s Day One blog site, Page-Fort says, “What child wouldn’t respond with wonder and delight that the book we’re reading at bedtime came all the way from Brazil? I want children—and their parents—to join me in awe at the magic of translation.”

And Skea says, “No matter the theme, focus, or stylistic approach of individual books, as a whole, Amazon Crossing Kids books are about connection—connection with other cultures, other points of view, other approaches. I’m really excited to be launching a program that may help children gain an understanding and appreciation of similarities and differences with people from other regions.”

More from Publishing Perspectives on Amazon Crossing is here. And more on translation is here.