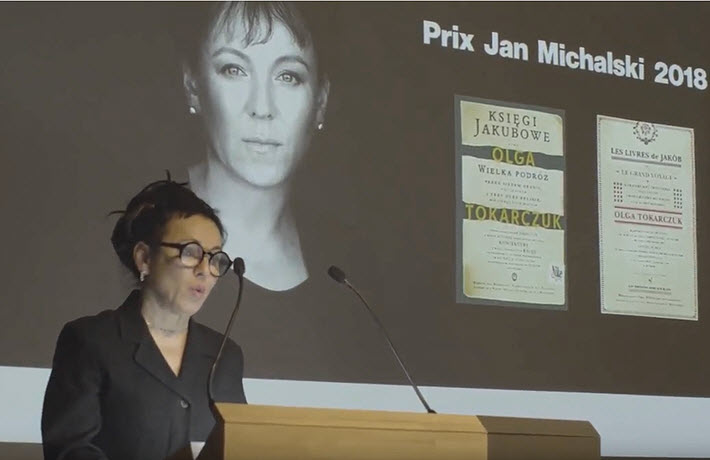 Another step in the fast-developing international visibility of the Polish author Olga Tokarczuk, the 50,000-franc Jan Michalski Prize has gone to her ‘The Books of Jacob,’ now being translated by Jennifer Croft. 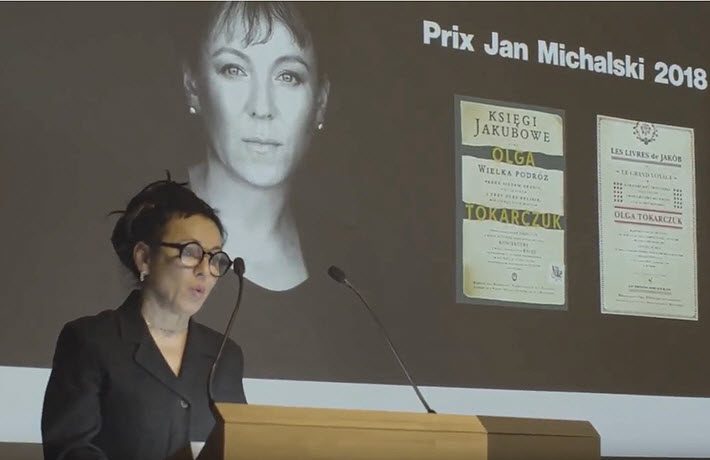 ‘To Better Understand the World’

One of literary awards celebrating international work is the Jan Michalski Prize for Literature, which provides 50,000 Swiss francs (US$50,032) to its winner “offering the possibility of greater dedication to her or his art.”

Not least among its distinguishing characteristics is the prize’s multicultural formulation and its purposeful recognition of the importance today of visibility for writers. It’s open to authors from all over the world and it’s specifically designed “to contribute to their international recognition.”

Among the many awards stories of November, the 2018 iteration of the Michalski award was given to Olga Tokarczuk at a ceremony at Montricher for her novel The Books of Jacob (Księgi Jakubowe), published by Wydawnictwo Literackie in 2014. In this case, the award recognizes the French translation by Maryla Laurent, Les livres de Jakób, published by Les Éditions Noir sur Blanc, part of the Libella group founded in 1986 by the late Jan Michalski and his wife Vera Hoffman (who led this year’s jury). 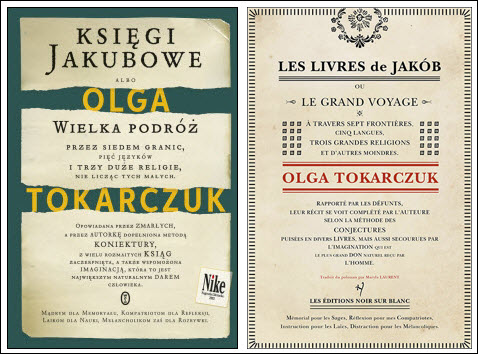 For English-language readers interested in Tokarczuk’s work, there is Jennifer Croft’s acclaimed translation of Flights (Fitzcarraldo Editions), which won the Man Booker International Prize this year.

Happily, Croft already is at work on the English translation of Jacob, again from Fitzcarraldo, expected in March of 2020.

On September 12, Fitzcarraldo published Tokarczuk’s Drive Your Plow Over the Bones of the Dead (the title is from William Blake), in an edition by another favorite translator of ours, the London-based Antonia Lloyd-Jones. For those who read in digital formats, a Kindle edition of that one is anticipated in August of next year.

Also available in English by Tokarczuk are House of Day, House of Night (Granta, 2000, and Northwestern University Press, 2003) and Primeval and Other Times (Twisted Spoon Press, 2010), both translations by Lloyd-Jones.

Flights was also a National Book Awards finalist this year, as the National Book Foundation rolled out its new award in translated literature.

There’s a poignancy to the selection of Tokarzcuk this year in the simple fact that Jan Michalski, who died at only 49, was Polish, himself. He founded Noir sur Blanc with Hoffman to accelerate East-West European cultural understanding through translation into French of Eastern European writings. They also brought many Western writers into Polish, including Henry Miller, Charles Bukowski, Paul Auster, Blaise Cendrars, Nicolas Bouvier, Manuel Vazquez Montalban, Lawrence Durrell, Donna Leon, and Umberto Eco.

The foundation has produced a particularly effective video (in French) based on Tokarczuk’s visit to the center near Montricher in November for the Michalski award ceremony.

In its statement of rationale for choosing The Books of Jacob for the Michalski Prize this year, the jury writes of it as “a work of immense erudition with a powerful epic sweep.

“A universal epic tale of the struggle against rigid thinking, either religious or philosophical, that ostracizes and enslaves people.”Jan Michalski Prize Jury on 'The Books of Jacob'

“The story of Jacob Frank, a fascinating character who actually existed, comes to life through the author’s sharp and poetic pen. He was the founder of a sect of Jewish heretics whose tribulations we follow through 200 years of Polish history.

“The thematic richness is impressive. The story of the Frankists, rendered through a series of mythic narratives, is transformed into a universal epic tale of the struggle against rigid thinking, either religious or philosophical, that ostracizes and enslaves people. An extensive and prolific work that warns against our inability to embrace an environment complex in its diversity, fueling a fanatical sectarianism which ends in disaster.

“The Books of Jacob, by telling the past with a dazzling virtuosity, helps us to better understand the world in which we live.”

As Tokarczuk told Publishing Perspectives in her Booker International interview with Croft earlier this year, it’s not unusual that the sort of reclaim Jacob now is receiving comes some time after the original publication of her work. She was the 2015 winner of the Brückepreis, as well as a laureate of Warsaw’s highest literary honor, the Nike in 2009 for Flights, which had its original publication a decade ago.

She refers in that conversation with us to The Books of Jacob as “my magnum opus,” a recognition, at the very least, of its 912-page length in the original Polish publication.

Like Flights, The Books of Jacob has been given Poland’s Nike. The work also is the recipient of the 2018 Prix Transfuge, which honors European novels. As the foundation’s staff writes, Jacob is a “vast novel,” traversing “Enlightment Europe, seven frontiers and five languages to tell the extraordinary and true story of Jakób Frank. A mystic, politician, a founder of an eccentric sect, a Jew converted to Islam and then to Christianity, a libertine, outlaw, magician, alternately poor and wealthy, he was a heretic for some and a messiah for others.

“Conjuring this extraordinary life through the eyes of a myriad of characters, The Books of Jacob echo as much the wonders of everyday life as the tragedies of time and the universal motives of otherness, oppression, emancipation, and freedom, in a kaleidoscopic structure, orchestrated with romance and erudition.”

Jurors in the 2018 Jan Michalski Prize

The 2018 jury for the Jan Michalski Prize comprised:

For her part, Tokarczuk is originally from Sulechów, and her degree from the University of Warsaw is in psychology. She began writing at age 35, in 1997.

In Poland, her work is known from adaptations to film and stage, and her audience follows not only her books but also her work in short stories, essays, and articles. She is translated, according to the Michalski Prize organizers, into 25 languages at this point.

Previous Winners of the Jan Michalski 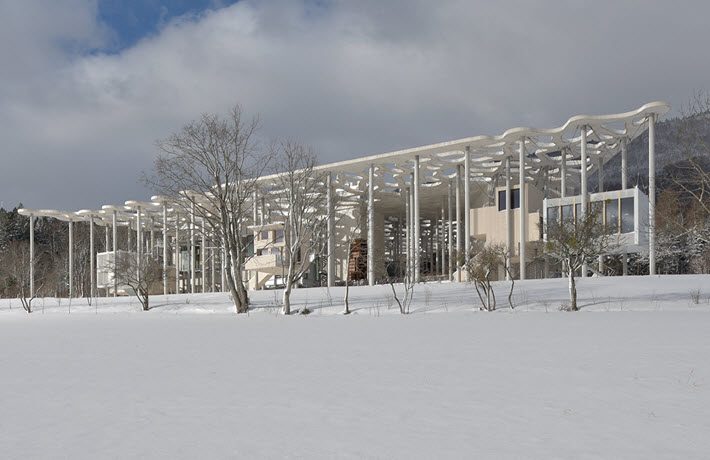 At Fondation Jan Michalski, where a percentage of residencies granted for the upcoming 2019 cycle will be focusd on work that raises awareness of our relationship with nature and the impact of human activity on it. Image: FJM

More from Publishing Perspectives on Fondation Jan Michalski is here, more on Olga Tokarczuk is here, and more on translation is here.