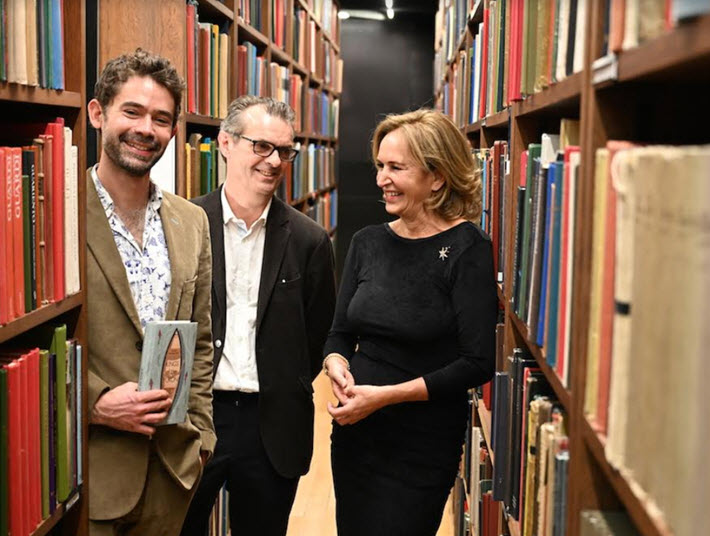 ‘A really outstanding new contemporary British voice’: The Sunday Times/PFD Young Writer Award jurors are adamant in their praise for this year’s winner. 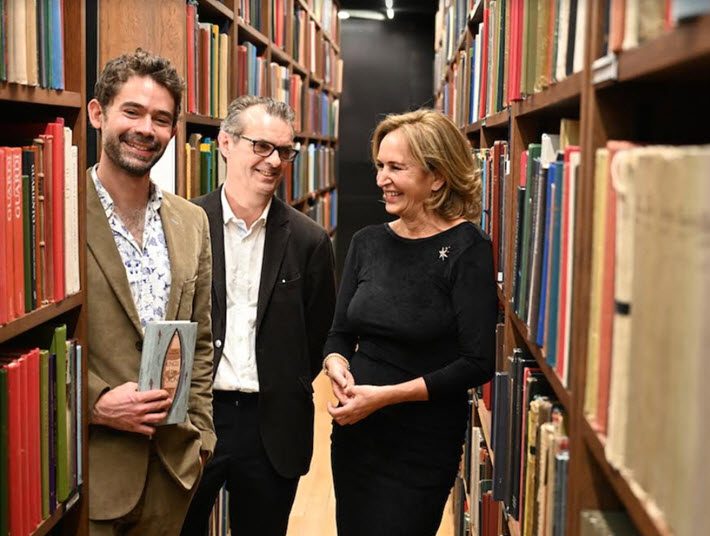 ‘The Most Beautiful Writing’

In an awards ceremony this evening at the London Library (December 6), Adam Weymouth has been named the winner of the 2018 Sunday Times/Peters Fraser + Dunlop Young Writer of the Year Award in association with the University of Warwick’s writing program.

There seems to be an unusual level of excitement and unanimity in the jurors’ statements about Weymouth’s winning debut, Kings of the Yukon: An Alaskan River Journey (Penguin/Particular Books, May 15), as statements are released to the press tonight.

Andrew Holgate, The Sunday Times’ literary editor who leads the jury each year, is quoted, saying, “I’ve never seen such a strong and excited consensus among the judges for a winner.

“Weymouth combines acute political, personal and ecological understanding, with the most beautiful writing reminiscent of a young Robert Macfarlane. He more than holds his own among the award’s illustrious list of past winners, and I’m thrilled that the prize is able to give him some of the exposure he so clearly deserves. He is, I have no doubt, a significant voice for the future.”

Not for nothing is Weymouth’s “Recent Work” page on his site filled with impressive essay and article listings from outlets including The Atlantic, BBC News Magazine, Lacuna, Granta, The Guardian, and more. 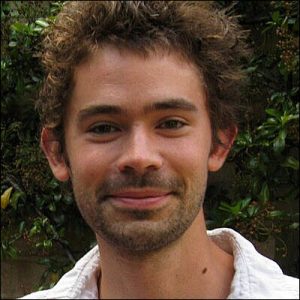 In the States, his book has been released with a revised subhead: Kings of the Yukon: One Summer Paddling Across the Far North was released in the US market by Hachette’s Little, Brown, also on May 15.

The Canadian edition from Penguin Random House Canada gives the book yet another cover and subhead twist: Kings of the Yukon: A River Journey in Search of the Chinook—chinook being the term by which most Canadians refer to the king salmon, and as Weymouth writes in his book, “the best and biggest of the fish that the Chinook people traded.”

All that journeying and paddling from the two markets’ respective titles refers to Weymouth’s exploration by canoe of the Yukon in Canada and Alaska, a four-month project of documentation in 2016 of the challenging terrain and its challenged people for whom the king salmon is becoming less a fact of life amid environmental pressures and the advances of contemporary life. Going back in 2017 for a shorter stint on the river, and has used both trips as one for purposes of his acclaimed book.

“The Yukon River is the longest in the world,” Weymouth writes in the book. “Where exactly the Yukon has its source will never be resolved because there is no single answer, with countless tributaries rising across western Canada.

“There are 110 known rivers where the king [salmon] spawns in the Yukon Territory alone, but the McNeil, where we are headed, is the farthest of those that the kings are known to reach. No species goes farther, which is to say, the few kings that make it back to McNeil Lake have traveled farther up a river than any other salmon on the planet.”

Weymouth knows rivers. He lives on a Dutch barge said to be a century old, and keeps it moored on London’s Rover Lea.

And from the comments of the program’s three very strong jurors, he knows writing, too. 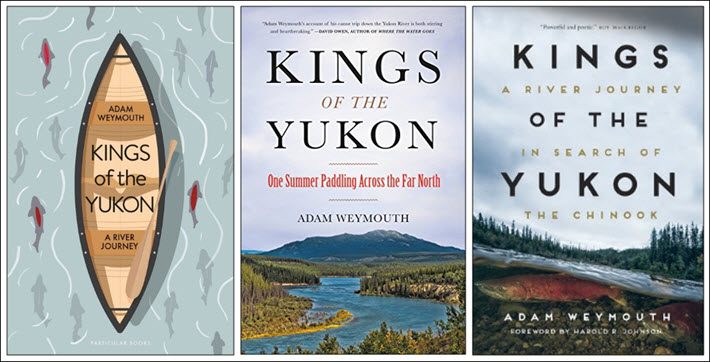 From left, these covers of Adam Weymouth’s Sunday Times/PFD-winning debut are from the States, from the UK, and from Canada

‘I Was Knocked Sideways’

No less a writer than Kamila Shamsie, a formidable author having an especially fine awards-filled year of her own, calls the book “dazzling, often in unexpected ways.

“Adam Weymouth is a wonderful travel writer, nature writer, adventure writer–he is also a nuanced examiner of some of the world’s most fraught and urgent questions about the interconnectedness of people and the natural world.”Kamila Shamsie

“Adam Weymouth is a wonderful travel writer, nature writer, adventure writer–along the way, he is also a nuanced examiner of some of the world’s most fraught and urgent questions about the interconnectedness of people and the natural world.”

Shamsie’s co-juror Susan Hill says, “I was knocked sideways by this book and quite unexpectedly.

“Adam Weymouth takes his place beside the great travel writers like Chatwin, Thubron, Leigh Fermor, in one bound. But like their books, this is about so much more than just travel.”

And Holgate has more to say, adding, “It feels as if we have found, ready minted and hidden in plain sight, a really outstanding new contemporary British voice – one who literary editors (myself included; I plead guilty) almost completely failed to spot on publication.”

The three shortlisted works with which Weymouth’s book was in competition are:

Weymouth has not only the winner’s purse but also a chance to have a course of study with the University of Warwick and, with his sister shortlisted authors, promotional exposure to international audiences with the British Council.