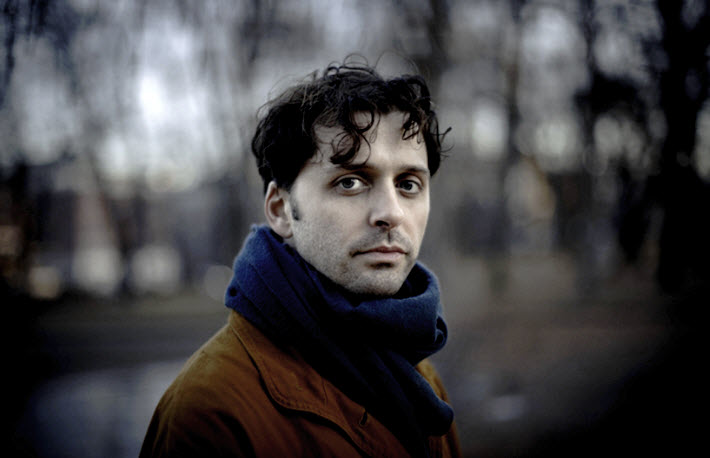 In a taut tale of radicalization, Norway’s Demian Vitanza contributes ‘This Life or the Next’ to a season of top-notch political books. 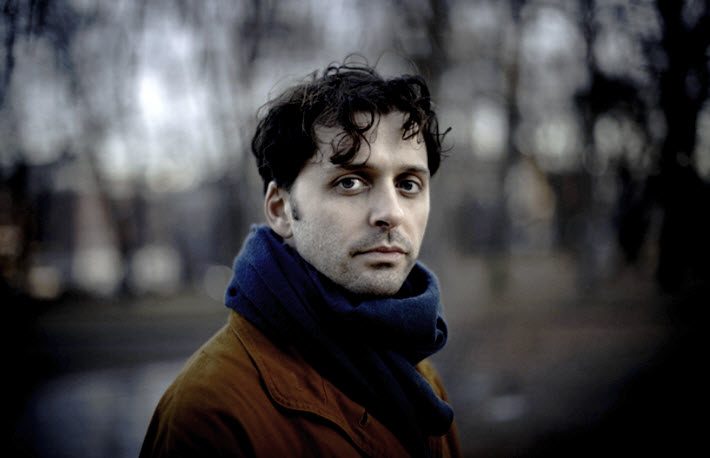 Nielsen announced Tuesday (December 18) in London that Michelle Obama’s Becoming (Viking) is at the top of the 2018 “Christmas Bestsellers” list–charting 91,900 copies sold in the past week in the UK alone. In the States, Crown Publishing saw it pass the 3-million-copy mark a week ago, and with some 6 million copies in print worldwide and at least 33 languages and territories sold so far, it’s the American bestseller of the year, standing on the Amazon Charts as No. 1, both in Most Read and in Most Sold nonfiction.

Political books, as Publishing Perspectives has been reporting, have led the year, sending Michael Wolff’s Fire and Fury: Inside the Trump White House (Macmillan) and Bob Woodward’s Fear: Trump in the White House (Simon & Schuster) to the No. 1 and 3 spot, respectively, on Kobo’s Top 10 US bestseller lists, beating out Dan Brown, David Baldacci, and James Patterson twice.

But those flagship political yachts, of course, are surrounded by a flotilla of smaller, often tightly targeted titles, many of them taking apt advantage of current events to surface difficult, complex relevance in a deepening sea of democracy’s peril. 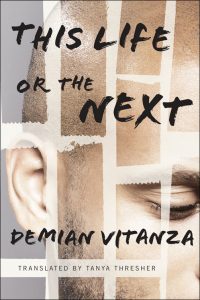 One such work is Demian Vitanza’s This Life or the Next, the kind of political read that might get away when the showboating majors keep docking at the tops of the lists.

Published in Norwegian by Aschehoug in 2017, the book has been sold by agent Annette Orre at Oslo Literary Agency into Czech (Omega) and Dutch (Manteau), and was released in October in the States and the UK by Amazon Publishing’s AmazonCrossing in its poised English translation by Tanya Thresher.

NORLA, Norwegian Literature Abroad, notes that a German sample translation is available, and wherever the book lands, it’s preceded by memorable review commentary about “a subdued explosion that sends shrapnel in all directions” (Morgenbladet) and “contrasts, details, and nuances we would otherwise have missed” (Klassekampen).

The reason that This Life or the Next is getting such respect from critics is that Demian Vitanza is working deep in the land of Capote, willing to risk the most fearful currents of personal relationship to interview someone terrifying, sitting in cold blooded nearness to something as genuinely evil as it is human.

‘You’re More Than Welcome To Judge’

Tariq Khan is not the name of the actual Norwegian-Pakistani prisoner with whom Vitanza spent more than 100 hours in conversation. And his story, Vitanza wants you to know, is novelized. But this is not just because the author has taken license with what he was told. It’s also because the repentent terrorist talking to him engages in moments of fiction, too, and they both must protect him from identification. The verbal technique Vitanza deploys to tell you this is efficiently disquieting.

The prisoner speaks in direct address to the reader. And you, as that reader, are muted, along with Vitanza, who has taken exquisite care to present this long, darkening monologue with immaculate dispassion. “Literature has this great freedom of judgment that’s wonderful. Important. As a reader, you’re more than welcome to judge. But me, as a writer, that’s not my job.”

The effect, at times, is eye-popping. Watch near the end of each short scene for a kind of follow-up question that you realize Vitanza has asked Tariq–but that question has evaporated, it’s inaudible to you. The result is a queasy non sequitur when Tariq says, without any explanation, No, I wanted to talk to Abu Saad. Maybe he knew someone, like with the motorcycle. Besides, I’d probably have been cheated on the price.

The price? Of a gun. The young holy warrior needed a weapon. He tells Vitanza:

Technical combat vests were hanging outside the store. Some of them had been handmade in Syria. It had gotten that far down there; the war was so established that they had home production of combat vests. The shop was run by an older FSA guy, who held a cigarette and a teacup in one hand and used the other to beckon me in. There were weapons all over the walls. Most of them were from Turkey; that’s what the seller said anyhow. He showed me a pump-action shotgun, a sharpshooter rifle, and a grenade launcher. He wasn’t busy. He let me examine each of the weapons. Then he showed me two pistols, and I noticed an emblem on the back of the hammer on each of them. The seller told me it was the emblem of the Syrian military. “Ghanima,” he said, “spoils of war.”

I put them down, got a bad feeling. Who had these belonged to? Whose hands had held them? What had they been shooting at? I said I was more interested in a machine gun. The guy rubbed his eyes and found a Kalashnikov. He only had one machine gun, he said. I held it. It was lighter than the one Abu Saad had.

Almost like it was a toy gun, y’know? It didn’t feel right in my hands.

Throughout the book Vitanza will keep you off guard by getting out of Tariq’s way, letting him answer what seem to become your own questions.

Norwegian-wool long underwear, three layers of shirts, and a Stormberg fleece sweater. I’m not really sure they’d be happy for the advertising. The very best thing was my Buff scarf, because your neck got really cold, and I could pull it over my nose if it got dusty. And a pair of woolen socks—important, you know—really thick Norwegian-quality ragsocks. I gave Abu Saad a pair as well, which he really liked. He had bad shoes, some kind of Chinese crap that were ripped at the sides, but he took good care of them, he really did. Brushed off all the wet Syrian dirt that had stuck to them. Since it had gotten cooler, Abu Saad wore a coat.

Nope, it was dark blue. He wasn’t the type to wear military clothing, but he did have a camouflage cap that he sometimes wore. It was too small for him. He looked a bit silly in it because he couldn’t really pull it down over his head properly.

Vitanza is a longtime workshop instructor in prisons. He finds there, he has written, that “the lack of meaning behind the bars makes some prisoners ask questions about life that don’t often occur in the mind of a regular passerby on the street.” 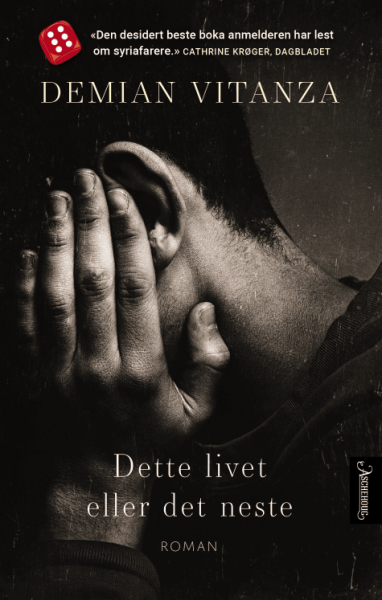 ‘This Life or the Next,’ original Norwegian cover art

And in 2015, “not long after the attack on Bataclan concert hall in Paris,” while teaching at Norway’s high-security Halden Prison, Vitanza met the man he would call Tariq. “It must have been on the fourth day,” he writes at CrimeReads, “and still he had nothing on the paper in front of him. Not one word. ‘But I do have a story,’ he affirmed. ‘Well, good for you,’ I said, ‘Then get started.’ Still, he didn’t move, told me it wasn’t that easy, that he needed help, there was too much chaos in his head.”

And there was, so much chaos. And ambiguity.

As the actual young man, “the source,” told him his tale of Islamist radicalization and combat operations in Syria, Vitanza tells Publishing Perspectives, the kid was “struggling to catch his breath, hyperventilating, getting dizzy. He had seen a lot of horrible stuff. For instance, a corpse being dragged behind a pickup truck.

“I had to be very professional, I had to look for how is ‘the source’ doing [the former jihadist talking], how is ‘he’ doing [the character Tariq], and how is the story doing? Do I understand this enough to tell this scene–and take care of him, too?

“And then when I’d go home to write this, I’d completely burst into tears, you know? Because of the horror of what he’d been exposed to and what the war in Syria has made happen.”

What Vitanza does in This Life or the Next is humanize the unthinkable.

“He’s not a reliable narrator,” he says to Publishing Perspectives, seemingly almost fearful that we may not get this. But, of course, neither is Vitanza, himself, affable, intensely intelligent conversationalist that he is. 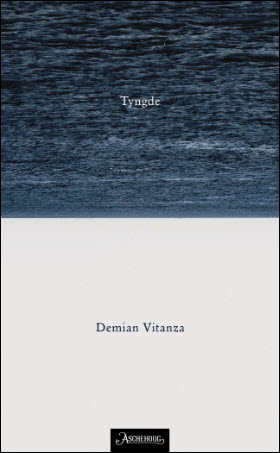 “What I have put in, I’m more in command of,” he says to us, “and I can only speculate on what he has said, what might be untrue or distorted, although what I have changed is mostly to protect him,” his identity and his family members who could be in peril today because the former terrorist talking is reforming, Vitanza says, doing well in prison, with the book, as it turns out, part of his therapy.

Now, with his new stage playWeight having had an acclaimed staging at Norway’s National Theatre (which describes the work as “two theatrical poems from the beyond”), Vitanza is gaining traction, much as the reader finds her- or himself wanting Tariq to do.

Clearly, there’s more work for AmazonCrossing, the translation imprint of Amazon Publishing, to do with Vitanza’s growing canon so that more of us can read Weight, and perhaps his first novel Urak, his play Londonuim (already in French, Danish, and Chinese).

“I wanted the reader,” Demian Vitanza says, “to be in the same proximity I was to him,” to this young man wrecked by faith and fighting for redemption.

As he departs from Norway in early September 2013 for Istanbul, Tariq tells us that he hears, for the first time: Be seeing you, inshallah, in this life or the next.