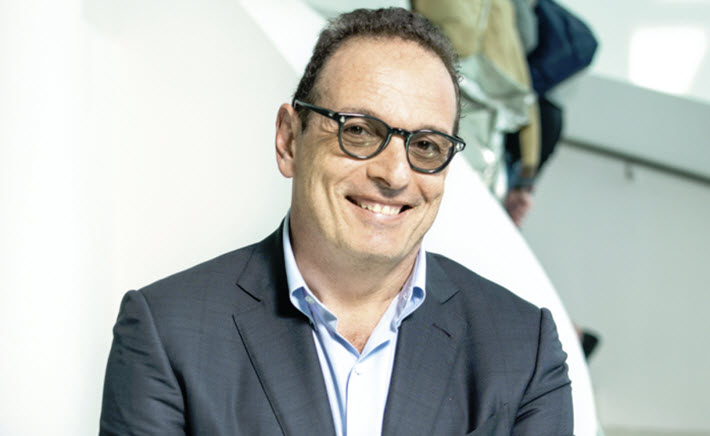 With two major chains in Brazil filing for bankruptcy protection–Companhia das Letras CEO Luiz Schwarcz is looking for solutions and calling for support. 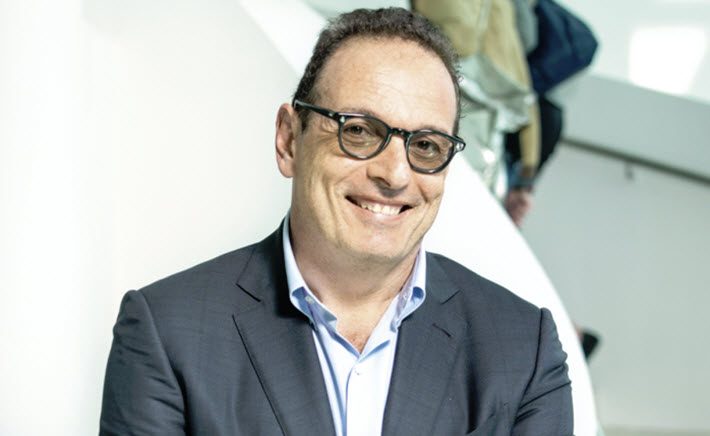 and Saraiva, which together have controlled as much as 40 percent of the books sold in the country, are in serious trouble. Saraiva, for example, which had more than 100 stores at one point, had closed 20 of them by early November.

In it, he addresses “those of you who, like me, nurture a love of books as your very reason for being.” (Read an English translation of Schwarcz’s letter—scroll down below the original Portuguese text to find it.)

In his letter, he writes, “It remains impossible to predict the full extent of the knock-on effects of this crisis, but they are nonetheless already terrifying.

“What is happening in Brazil runs counter to the tide seen elsewhere in the world. Contrary to what many thought in the recent past, nobody else is having to rush to save books from imminent doom. The book is the only medium that has weathered, worldwide, a sustained process of serious disruption.

“Not so in Brazil. Here, many towns are about to be left without a single bookstore, and publishers are now faced with the challenge of getting their books out to readers and have to deal with significant accumulated loss.”

“Here, many towns are about to be left without a single bookstore, and publishers are now faced with the challenge of getting their books out to readers and have to deal with significant accumulated loss.”Luiz Schwarcz

The two bookselling chains’ filings for bankruptcy protection have been accepted by the court, Schwarcz says, although “They have some months” to work on finding investment. “In the meantime,” he says, “Companhia is finding ways to supply them with some books,” although he concedes that this isn’t the reaction of some companies that see bookstore mismanagement as the key reason behind their debt loads today.

“We still want to help,” he tells Publishing Perspectives, “recognizing that many mistakes were made, but looking ahead, we hope they can find investors and correct their ways.”

In explaining that when at one point he had to lay off six employees it was “one of the worst moments of my personal and professional life,” Schwarcz notes that the booksellers’ stress mean that “hundreds of booksellers have been laid off and publishers’ revenues slashed by 40 percent or more, leaving a massive hole that threatens to engulf the publishing market in Brazil.”

But Schwarcz clarifies in his open letter that his concern isn’t for his own company. “As the larger publishing houses are naturally the bookstores’ major creditors,” he writes, “they carry the heaviest financial weight. However, we have the means to survive this crisis: the partners of the leading publishers have the personal financial capacity to invest in their companies, and many of us not only want to save our enterprises, but are idealistic at heart, and extremely protective of our authors and readers.”

As it turns out, Schwarcz’s intent and spirit are touching many people this season.

‘I Opened My Heart’

At the 2017 International Excellence Awards, produced by the London Book Fair and the Publishers Association, Luiz Schwarcz was given the Lifetime Achievement Award, the fair’s advisory board calling him “synonymous with the Brazilian publishing industry, respected worldwide.”

And now, in answer to interview questions from Publishing Perspectives, Schwarcz says his “love letter” comes straight from the heart.

“The only thought I had in mind was that nowadays the communication is done directly with frankness,” he says. So I opened my heart, exposed personal moments, and my only thought being that of spreading the idea that people still love books in the same way” as in the past, “and that asking for ‘letters of love’ to books and a campaign of concentrating personal Christmas presents in books, would have an appeal.”

The reaction, Schwarcz tells us, has surprised him, with the hashtag #DêLivrosDePresente, “the gift of books,” churning away in social media, many including images of their bookshelves and/or recommending their favorite books as gifts.

‘To Create a Good Tribe’

“I had no idea that my letter itself would be so widely read,” Schwarcz says. “It became viral, and I was stopped in the streets a few times, and received so many responses that it has made me very happy and proud.

“Before writing it, I talked to my colleague Marcos Pereira from Sextante about taking the lead on something to respond to the crisis. We talked on a Friday, and I wrote the letter on a Saturday.

“He had the brilliant idea of challenging people with a social media campaign in which one person challenges the next to present someone with a book, and so on. Now we have many creative people helping and joining. What we did was speak the language of our days.

“Unfortunately politics nowadays are working to create tribes. You are against something more than in favor of something. So I tried to create a good tribe, or  a love tribe, or a book tribe. A tribe of people who love books and want to think and speak to others about this love.”

More Campaigns in ‘a Difficult Moment’

Not satisfied with his “gift of books” campaign, Schwarcz and his company have been working on two other approaches.

Socorro, Companhia, or “Relief,” he says, was begun when “the book chain crisis meant that some of our most popular books could’t be found by readers. Saraiva, for example, is a chain through which popular books used to reach many cities which otherwise would have few or no bookstores. It’s difficult when a reader reaches the author through Facebook saying, ‘I couldn’t find your book in my city, or even directly saying, ‘Saraiva or Cultura don’t have it.’ Books and authors are suffering because the supply chain isn’t back on track.

“I opened my heart, exposed personal moments … asking for ‘letters of love’ to books and a campaign of concentrating personal Christmas presents in books.”Luiz Schwarcz

“So this campaign is working quite well in helping the readers to find our books, and, importantly, to explain to authors all we can do for their books” during the crisis, as Companhia makes efforts to respond to these appeals from readers.

And in Companhia na rua, or “On the Street,” he says, “we are attending around 15 alternative fairs, where many products were sold direct to the public but books weren’t on the list.

“We want to have a map for the reader to show where he or she can find our books, on the streets, either in open-air fairs, or in a bike store we’re testing, for example. Soon, we’ll have eight bike stores with 50 books each circulating experimentally in São Paulo and Curitiba.

“We don’t know how much we’ll sell in each of these stores, but all these activities are very low-cost and at least will show our creativity and exhibit our brand in a difficult moment, when people simply cannot find many books, because of this pre-bankruptcy stage for the two bookstore chains.”

‘Closer to the Reader’

Schwarcz says just one approach isn’t enough to address the bookstore chain crisis in Brazil. Trying everything is important.

One issue he thinks needs to change is “moving out of consignment,” he says, is one of the changes that needs to occur in the Brazilian market, among other “changes in the way we sell books.”

But also, as publishers are saying in so many markets, “Being closer to the reader” is becoming important, as the approach he’s making with these campaigns suggests.

For now, Schwarcz hopes more people will adapt his letter as they wish, spreading the message of books as gifts for the holiday season and buoying up, where possible, the booksellers, authors, and publishers of the world, even as the industry in Brazil struggles to regain its footing.

“Anyone who can use the letter” and its idea of giving books, says Schwarcz, “is welcome to it.”

More from Publishing Perspectives on the Brazilian market is here, and on bookselling is here.