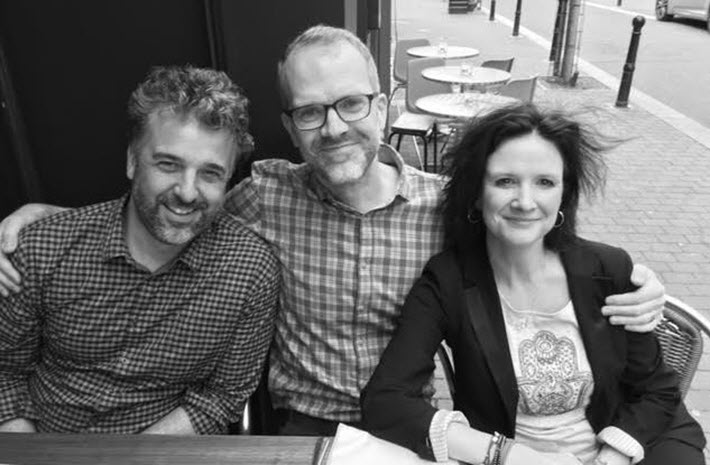 With decades of experience in the offices and cubicles of the business, three publishing veterans are now repping authors as literary agents who hold meetings at 6 a.m. 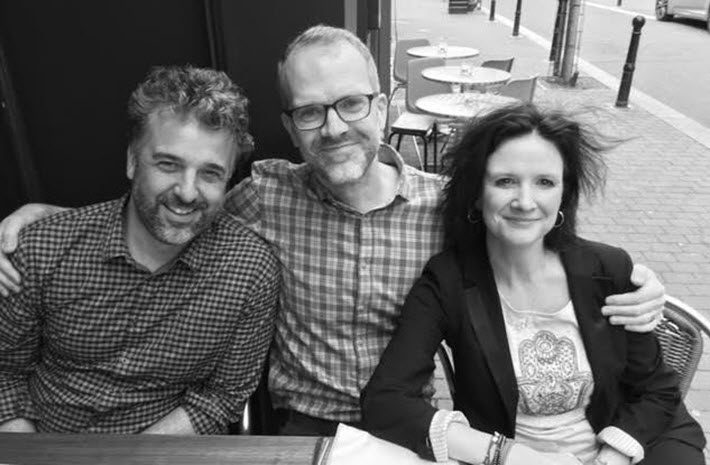 ‘The Thrill You Get in Selling a Book’

They could have called their new literary agency The Three J’s, but settled instead on their surnames’ initials.

And in a holiday season chilled by the shadows of uncertainty in Brexitian London, it may be heartening to many in publishing to know that these are three established professionals who have left commanding positions in some of the biggest and best houses of the British books industry—because they’d like to represent authors.

They’ve crossed the street in an arrangement that has come together within the past few months, supporting each other in choosing to move closer to the storytelling essentials of the industry.

As it happens, they’re all focused on nonfiction, but enjoy the ability to be flexible if something irresistible walks in the door.

Bartholomew is taking submissions in history, politics, current affairs, biography, memoir, and narrative nonfiction. Killingley is in business, personal development, general lifestyle and well-being. Spackman is looking at writings in sport, music, culture, and “smart thinking,” surely something we all can use more of.

Publishing Perspectives had a chance to explore the smart thinking of this group, listening in an interview as they described their newfound stance as a trio and their individual rationales for now working a bit farther from what’s corporate, a bit closer to what’s creative.

Jason Bartholomew, as we reported, began his career migration by signing on in February as joint CEO at the UK’s top press agency for the books business, Midas Public Relations, the newest member of a triumvirate that includes co-founding chairman Tony Mulliken and co-founding CEO Steven Williams.

“The best scenario is to have my own agency and sell rights for authors I really like to other countries and territories.”Jason Bartholomew

Bartholomew left his role as rights director with Hodder & Stoughton in late May, and began working with Midas in July.

An American, Bartholomew spent a decade with Hachette Book Group USA, moving to Hachette UK in 2008. His prior seats have been at Headline Publishing Group, John Murray Press, and Quercus Books, and he served at one point as publishing director of Quercus Books US.

“It was a big decision, obviously, to leave publishing,” he tells Publishing Perspectives in an interview with his BKS colleagues. “I’d been doing it for almost 20 years, and you have all that quote-unquote ‘safety’ with a corporation, the pensions, the lovely buildings.

“But when I decided to leave and come to Midas, one of my thoughts was that I didn’t want to lose 20 years of rights contacts. I wanted to keep my foot in the industry. For any rights person, the natural step is that if you’re not going to be selling rights in-house” at a publisher, “then you sell rights for an agency. But I couldn’t join an [established] agency and have my job at Midas. So the best scenario is to have my own agency and sell rights for authors I really like to other countries and territories.

“Already, we’ve had a handful of deals,” Bartholomew says. “And I have to say, the thrill you get in selling a book for yourself and your author is so much greater than you get in-house.”

Bartholomew isn’t putting down his former role. “I loved my job at Hachette,” he says, “but you’re selling rights for your bigger, wider company and you’re just a small cog in the wheel. At Hachette, I worked across four lists where you had 500 or so titles to sell in a year, and you probably had a hand in acquiring a handful of those. It’s hardly that we had bad books to work on at Hachette, but you weren’t choosing the ones you really felt passionate about.

“With an agency, you’re doing that.”

‘Back Into Traditional Publishing Slightly’

Jessica Killingley’s background is in marketing at Hachette UK and Penguin Random House, running campaigns for the work of authors including John Grisham, Stephen King, and David Mitchell. The work that now supports her as one of the trio in the BKS agency is vested in her own literary consultancy, through which Killingley helps develop authors’ understanding of–and place in–the industry.

“I don’t think you can work publishing as long as we collectively have without having at your very core that belief that books change people’s lives.”Jessica Killingley

“My part in the agency is almost like a return to the fold,” she says. “I left Hachette to be a consultant, marrying my love of books and marketing and coaching. So my day job is helping entrepreneurs write and publish books.

“When you’re doing it for your own business, self-publishing or hybrid publishing is more of an effective marketing tool and you have much more control over it.

“But I was slightly missing the fold,” she says, “and wanting to step back into traditional publishing slightly.

“With the agency,” she says, “I feel like now I’ve been on both sides of the table. And it’s nice now to be able to do that,” to sell rights into the trade, “after a couple of years of being away from it. To be in that position of putting together proposals when I used to be the marketing director who’d make the decisions about what we’d acquire?–it’s great to be the person putting together some great proposals.

“It sounds kind of corny, but I don’t think you can work publishing as long as we collectively have without having at your very core that belief that books change people’s lives. … To be that facilitator, to help those ideas reach a wider audience, that’s what gets me up every morning.”

“I see authors as our rock stars,” says James Spackman about his own move. “All three of us has had that moment of David Mitchell walking into the office and it’s like Jesus has arrived.”

“Working with authors whose work we love and just having a hand in shaping what they do and bringing it to market.”James Spackman

Spackman comes the closest to still having a hand in the trade. His day job is managed on a freelance basis with Andrew Franklin’s Profile Books, handling the company’s cycling imprint, Pursuit.

He also coaches as The Book Pitch Doctor—helping publishing people, rather than authors, in how to present their titles. “I’m looking to do something with children’s authors next year” in developing their work at book festivals and in school events.

And he runs the PRH-supported Spare Room Project to help interns in publishing find places to stay with book-industry people who have an extra room.

Spackman was in the Bloomsbury Publishing Graduate Scheme and went on at Bloomsbury to sales and marketing. He moved to John Murray and Hodder, working on the output of authors including Stephen King, JK Rowling, and Ben Schott. He was managing director of Watkins, the mind-body-spirit brand of the Osprey Group, which sold the division along with Angry Robot and Nourish to the States’ Etan Ilfeld in 2014.

His heart, however, is in the stuff of storytelling, he says, and he loves the freedom he’s had to take on Mark Pallis, an author who’s developing a character-based book series on mindfulness for kids.

Even as Killingley complains that he’s making her and Bartholomew sound lazy, Spackman is clearly in his element. “Working with authors whose work we love and just having a hand in shaping what they do and bringing it to market,” he says, “getting involved in that wonderful chemistry between the writer and the reader—it’s just intoxicating.”

One convenient factor in creating a small collective like BKS today is that it can be done without the expense of a central office and equipment. Killingley, in fact, is in her car (safely parked) as she talks with Spackman and Bartholomew on this interview.

As with all things, however, it’s scheduling that may still be the final overhead no one escapes.

“We have a weekly conference call,” Killingley says. “At 6 a.m. every Friday morning.”

Gentle groans all around. “I actually am a morning person, Bartholomew volunteers, but 6 a.m. is f–king early. We landed on that time because we all have children, obligations during the day. Somehow it’s worked.”

“It does mean,” Killingley says, “that Jason and James have pretty much witnessed my entire wardrobe of pajamas.”

More from Publishing Perspectives on literary agents is here.