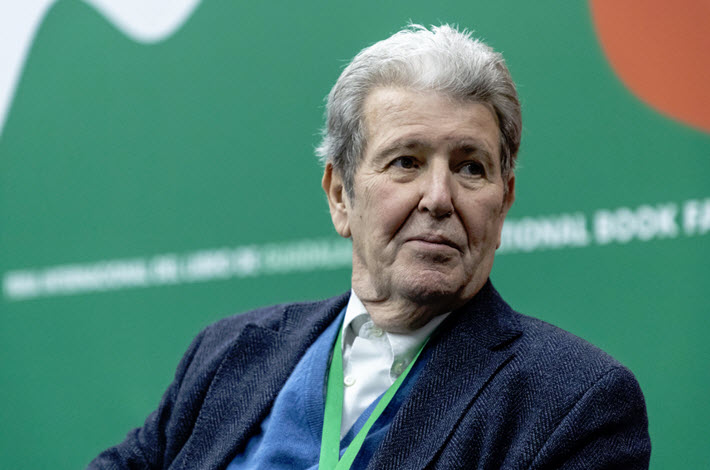 At the Guadalajara International Book Fair, Anagrama director Jorge Herralde spoke as both a champion of Latin American work and as a survivor in publishing. 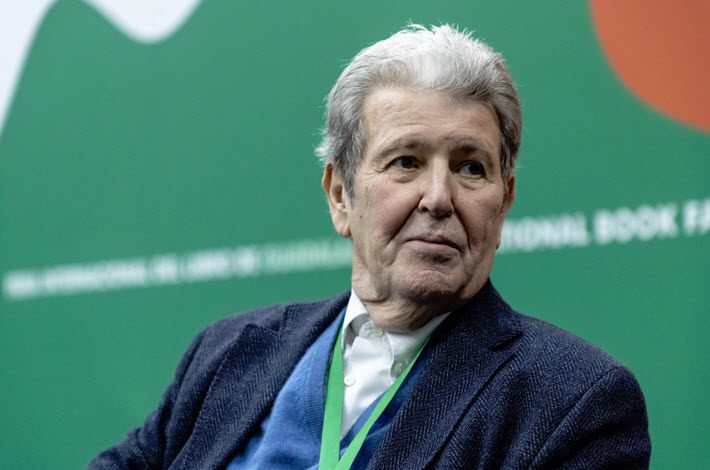 ‘We Wanted To Change the World’

Described as “a mythical figure” among Spanish-language publishers by Marisol Schulz, director of the Guadalajara International Book Fair, Jorge Herralde was one of the most anticipated speakers at the fair this year.

The director of the Spanish publishing house Anagrama, Herralde created the company in Barcelona 1969. It was sold to the Italian company Feltrinelli in 2010, and Herralde remained in place to oversee its work.

“We founded Anagrama back in the days when we were frenzied and wanted to change the world,” Jorge Herralde told his audience at the fair in Mexico, recalling the era of the Franco regime. “As a publisher, I thought I could contribute to creating a more just society.

“At the beginning,” he said, “I published left-wing books, from heterodox Marxists to a Trotskyist critique of Moscow, and introduced the counterculture and the underground into Spain. We were pioneers in publishing feminism and supporting LGBT writers and the use of drugs.” And during that era, as many as 10 of Anagrama’s books were confiscated by the authorities.

But with the return of democracy to Spain after Francisco Franco’s death in 1975, the activist literature of Herralde’s initial inventory fell out of favor, he said. “And so I began to build a catalog of great literature—with no further adjectives.”

Herralde’s story is one of adapting to such changing times and to geographical shifts in Spanish-language publishing, as well.

In the early 1970s, Herralde visited Mexico for the first time and began familiarizing himself with Latin American talent: Cuban writer José Lezama Lima was among Anagrama’s first authors from the region.

“My impulse toward Latin America,” Herralde said at Guadalajara, “was from far away. But when I first came to Mexico I was captivated, and that interest extended to Colombia, Chile, Peru, and Argentina. The publishing house’s aim was to seek quality and works of pertinence.

“Books of quality are in decline all over the world,” he told his audience, an effect in place since the economic crisis of 2008. “The bestseller lists of 15 years ago included better quality titles than those of today. … All we have is the certainty that we want to continue to dedicate ourselves to the publishing profession.”

And one of Anagrama’s efforts to disseminate strong material as widely as possible, he said, has been to buy world Spanish rights whenever possible, for each author’s work.

A part of Anagrama’s approach, Herralde said, is “an author-centric policy,” which he defined as having patience, waiting for writers’ careers to develop over time for 10 or 20 years—one of his examples being Nobel laureate Patrick Modiano, who initially only sold 500 copies of a book, Herralde said.

Herralde also highlighted the difficulty that Anagrama had initially in selling foreign rights for the work of writers including the late Roberto Bolaño and Javier Marías. 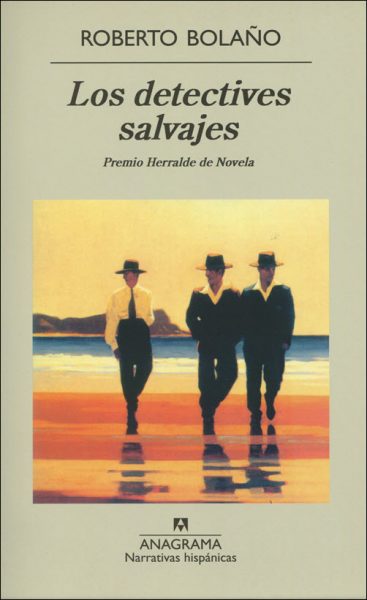 “Intuition is fundamental,” he said, “along with hard work. A publisher is an animal of instinct.”

In the almost half-century since its foundation, Anagrama’s distinctive yellow paperbacks—more recently gray—have been seen by many as a guarantee of high-quality writing.

Anagrama’s imprints include the Narrativas Hispánicas collection of Spanish-language literary fiction; Panoramas Narrativas, which focuses on fiction in translation; and Argumentos, featuring essays by authors from around the world.

In 1983, Herralde launched the annual novel prize that carries his name, the Premio Herralde de Novela, and an annual Anagrama essay prize.

“Intuition is fundamental, along with hard work. A publisher is an animal of instinct.”Jorge Herralde

Asked how the novel prize has gained such prestige, Herralde told Publishing Perspectives, “Anagrama’s key premise has been to become a guarantee of quality writing, which is not easy to achieve. It’s a cumulative task, but also easy to destroy because if we suddenly began to publish books of inferior quality, people will notice immediately.”

This year, Anagrama has launched the Sergio González Rodríguez Journalism Prize, named for the late Mexican writer. It’s to be awarded annually from 2019 with a €10,000 purse (US$11.395). 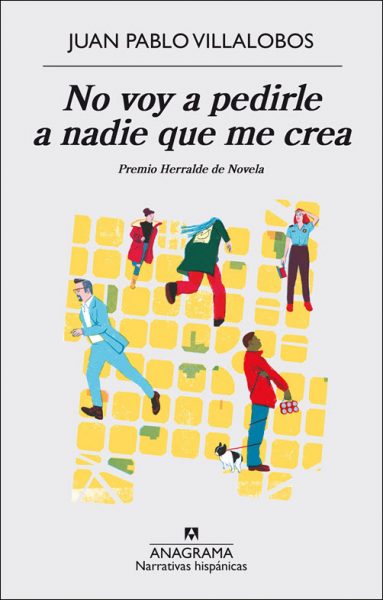 In 2017, Herralde, himself, was awarded the Premio Atlántida prize, presented annually by Catalonia’s publishing chamber, the Gremi D’Editors de Catalunya, to publishers and writers deemed to have promoted reading and defended culture and intellectual property.

Herralde was accompanied during his visit to the fair by Silvia Sesé, who recently became Anagrama’s editorial director. In praising what Herralde has done, she used the phrase “creating a network of complicity among publishers” interested in buying and selling the rights of strong authors’ work.

The fair’s Marisol Schulz had pointed out that in some cases Latin American authors have had little attention at home until published by Anagrama from Barcelona.

Recognizing the promising debut, Schulz and Sesé agreed during the session, is fundamental to the kind of work Anagram has done.

“If you receive a manuscript, you can immediately detect if there’s talent in one or two pages,” Herralde said.

“If there’s a book there, there’s a shock of recognition.” 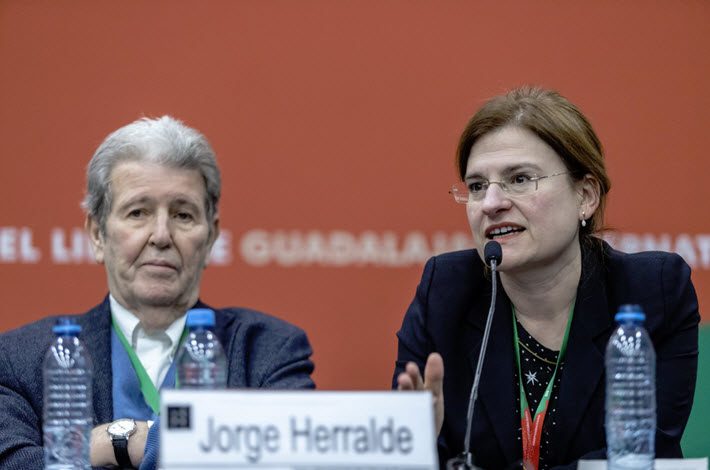 More on the Guadalajara International Book Fair is here.