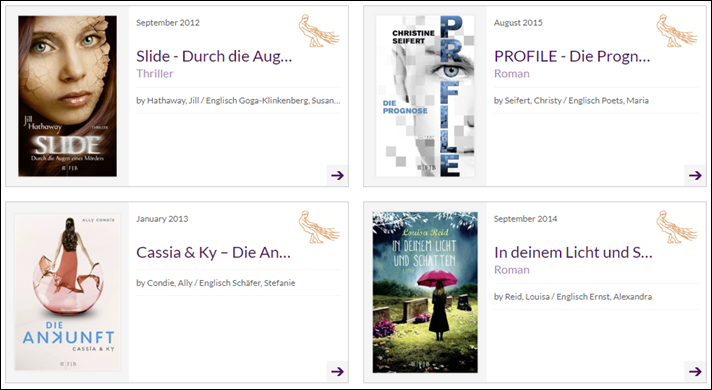 The newest addition to IPR License’s growing roster of offerings in online trading and licensing is S. Fischer Verlage, based in Frankfurt. 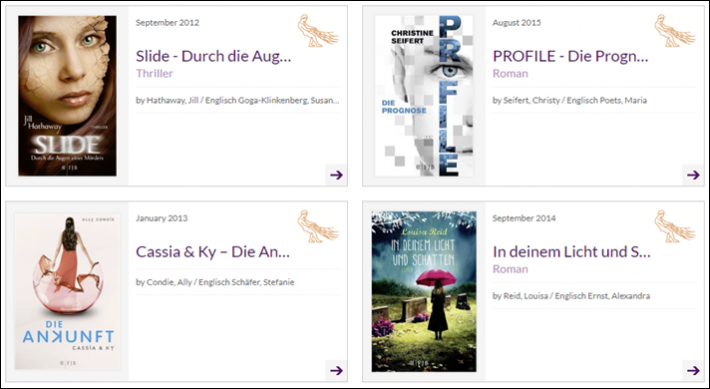 From S. Fischer Verlage’s listings on the IPR License platform

The online transactional rights and licensing platform IPR License is announcing today (December 17) that it has signed S. Fishcher Verlage, German publishers owned by the Holtzbrinck publishing group. On its company profile on the IPR site, S. Fischer says its permissions sales will be conducted exclusively through IPR License.

Samuel Fischer established the house in 1886 in Berlin. Its base now is in Frankfurt, and S. Fischer is among the top publishing names in Germany.

Holtzbrinck acquired S. Fischer in 1963, and the company publishes a broad range of content including contemporary literature, commercial fiction, nonfiction, children’s and YA titles. Perhaps the most celebrated author associated with the S. Fischer houses is Thomas Mann, whose works are in the catalog and included in IPR License’s listings.

In a prepared statement, Juergen Boos, Frankfurt Book Fair’s director, is quoted, saying, “The signing of S. Fischer comes at an important and exciting stage for our colleagues at IPR.

“At a time when there is much discussion around the use of technology and automation to make rights deals quicker and more efficient, we’re delighted that such high-profile publishers have decided to showcase their titles on the IPR platform.

“We look forward to a fruitful and long-term relationship, and to welcoming other publishers to the network in due course.”

Speaking for S. Fischer Verlage, Katharina Winter, the company’s legal counsel and head of its rights department, is quoted, saying, “We want high international visibility for our authors’ works, plus further exposure including the use of single images, quotes, and other requests.

“Furthermore, the system needs to be fast and user-friendly, and the IPR License platform helps us with all these aims, so we’re excited to have our titles included on there.”

Established in 2012 to address a specific gap in the market, IPR License provides a dedicated online portal that enables rights holders to complete domestic and international licensing deals. Rights listings on the IPR platform have been viewed by rights buyers in 185 countries and 161 languages.

You can see the S. Fischer Verlage listings at IPR License here. 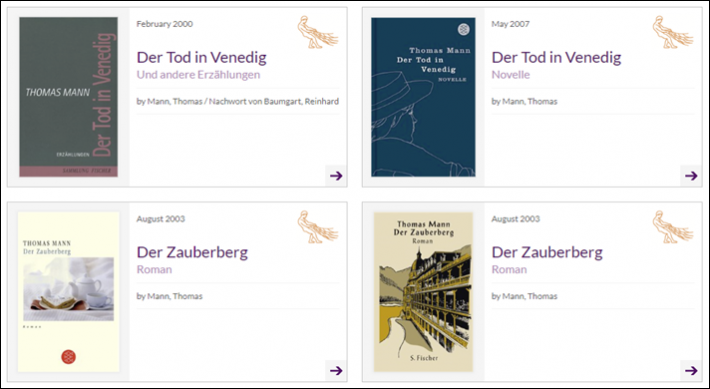 Among the S. Fischer catalog’s most honored works are its original titles by Thomas Mann

More from Publishing Perspectives on IPR License is here.